For everyone like myself, waiting with bated breath for the next update of Animal Crossing: New Horizons,I have some very good news. Nintendo have posted an announcement video to show off all of the new features we can expect later in the week. Any fans of Animal Crossing: New Leaf will remember Leif the gentle flower selling sloth, and long time Animal Crossing character/scam artist Jolly Redd will be coming back as well.

Leif is (of course) going to be back in the business of selling plants and flowers, the announcement video also showed off some very exciting hedges for anyone looking for more natural ways to section off their island. Or to even build a hedge maze! Leif will visit periodically outside resident services much like Label or Kicks.

Redd will continue selling art that is only sometimes the real deal. Animal Crossing: New Horizons with its much larger screen and ability to dock to the TV, means it’s more possible to pick out when Redd is trying to sell you a fake than it has been before. Use your own artistic knowledge to find discrepancies in his artwork (or just google it, no one will judge you). 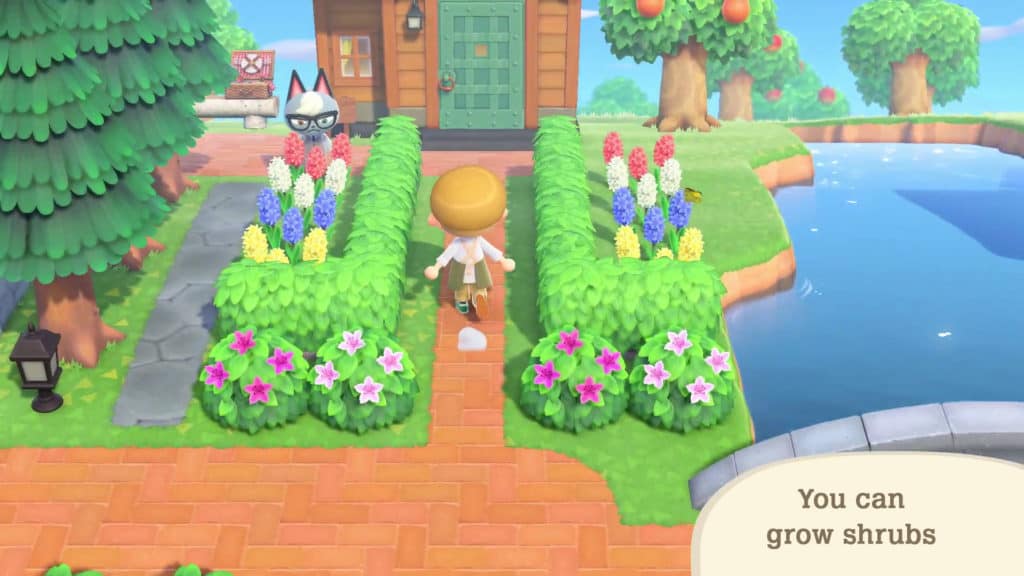 On top of the visits from these two familiar faces, three more events are confirmed for Animal Crossing: New Horizons, though hopefully they will be easier to stomach than the egg filled Bunny Day event. Here are the upcoming events, and explanations of what they will be about from Nintendo:

I for one am excited about these new updates, there’s nothing like having old friends visiting a new game, and this update bodes well for more in the future. Nintendo doesn’t want us to stop playing Animal Crossing: New Horizons anytime soon and with additions like this, I’m not likely to stop. Maybe next time Brewster will finally show up, fingers crossed.

Be sure to keep an eye on Tom Nook’s Twitter for more animal crossing updates. How does he type with those little hands?