Borderlands 3 is giving gamers the opportunity to be heroes in real life. With it’s new mini game Borderlands Science players can help scientists analyse microbe data. This mini game can be accessed through a retro arcade cabinet. This is located on Sanctuary III in Doctor Tannis’ infirmary. When you enter the game, you will see ten levels, each associated with a different character. These characters have a number of levels you need to complete before you move on to the next character/level. After each level the player will receive a reward of a unique skin and head.

The game is a simple Tetris-style block game. Except, instead of rotating blocks with different formations that you can manipulate, these blocks are solid square with character’s faces on them. You need to move these blocks so that they match the character on the left of the screen. The player can only move these blocks up and down, so not to the left or right. 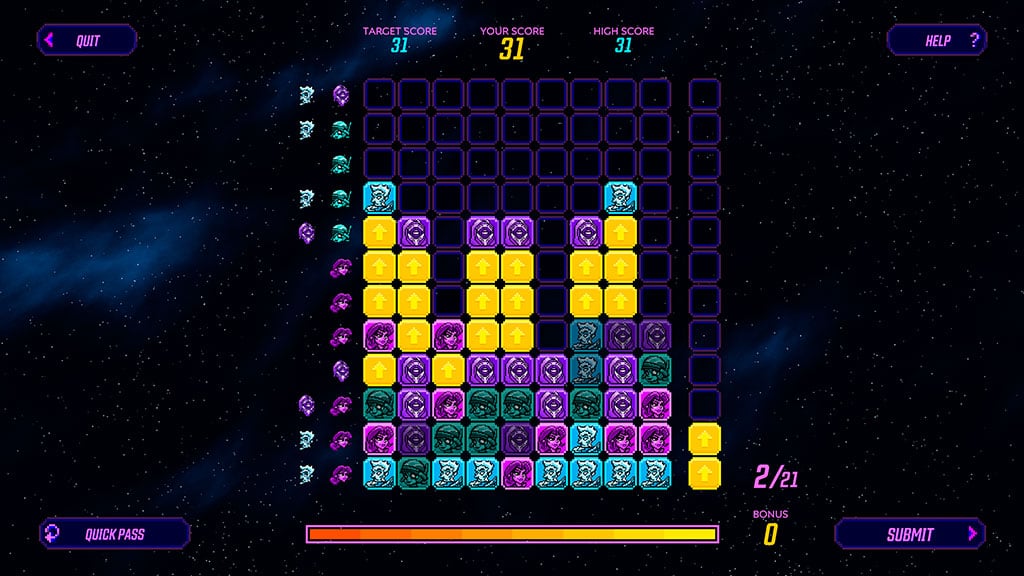 To compete a game, you have to achieve the target score, which can be found on the top of the game. Once you meet the score, you can either submit and go to the next game, or keep on playing to achieve extra credits. The more credits you accumulate the more Boosters you can buy. These range from Brain Nanobots and Caffeine Coplets for 500 credits to Butt Station Milk for 1,500 credits. The first few levels will net you a few 100 credits but as you advance, the top levels will reward you with anywhere between 1,000-5,500 credits.

As this data has been collected from fecal samples, players are helping scientists find alien microbes that live inside us. A further understanding of these microbes could lead to developing treatments in conditions such as obesity, anxiety, depression, diabetes and autism.

Randy Pitchford is the co-founder of the developers behind Borderlands 3, Gearbox Software. In announcing the game he said “We see Borderlands Science as an opportunity to use the enormous popularity of Borderlands 3 to advance social good.” He also believes this mini game is a “new nexus between entertainment and health.”

Borderlands Science isn’t the first game to help with scientific research. Browser games such as EyeWire and Foldit both let the player complete puzzles that help scientists with errors. However, Borderlands Science has a much less complicated interface and will attract a lot more players. The latter is obviously due to it’s popularity and because it already has a dedicated fan base.

So get gaming folks! Humanity is depending on you!