Play as Deadpool with the latest Fortnite Battle Pass

Suit up and grab your chimichangas, the Merc with a Mouth is now a playable skin in Fortnite. After several Deadpool references in Fortnite’s latest season, now you can dress up as the Marvel Comics anti-hero. The skin is available for anyone who has purchased the latest Fortnite Battle Pass.

The process of taking on Deadpool’s appearance is pretty simple. Firstly, you need to find two hidden pistols in the main menu screens. After that, you can change into the new skin from any match by entering one of the phone booths around the battlefield.

There are other related additions in this Battle Pass, such as an alternate version of the skin without the mask, and Deadpool’s trademark katanas as usable weapons. The Northeastern part of the map has even received a Deadpool-themed revamp, adding a Deadpool party boat, with giant balloons and a helicopter landing pad. 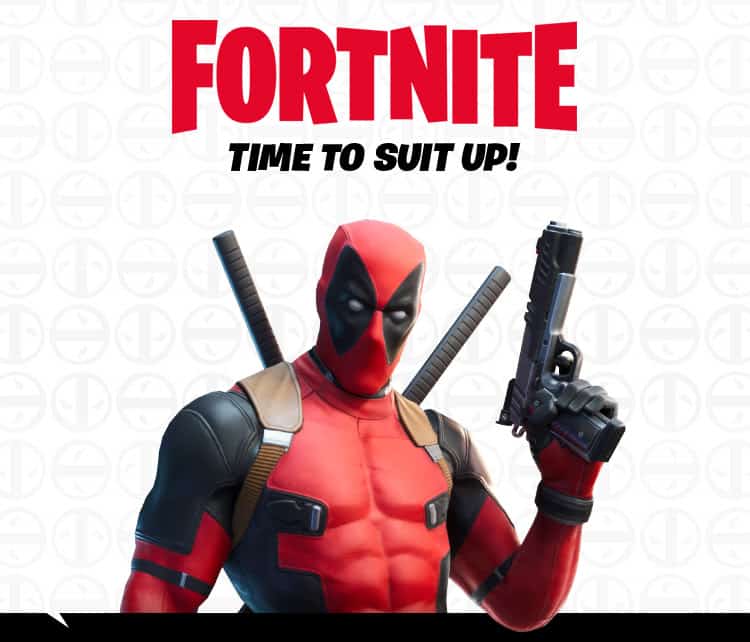 The Deadpool tie-in may have originally intended to have been an X-Men tie-in to promote the release of the latest X-Men theatrical film The New Mutants. The movie was originally slated to come out this week, but has been indefinitely delayed. Even with cinemas closing around the world, Fortnite continues to provide its updates unabated.

Deadpool is far from the only comic book character to appear in Fortnite. Batman, Harley Quinn, and Deadpool’s Marvel stablemates The Avengers have also featured prominently in previous events. This new update is the first since March 2020, which added a redesigned cosmetics locker and helicopters.

Fortnite players have until the end of the current Battle Pass to unlock the Deadpool skin and visit his party yacht.