Denuvo Anti-Cheat software will be removed from DOOM Eternal

In a very swift turnaround, iD Software has announced that Denuvo Anti-Cheat will be removed from the PC version DOOM Eternal in an upcoming patch. This comes after the mostly negative reaction to the software’s addition in a recent patch over data security concerns.

The reversal was announced on the official DOOM subreddit. “Despite our best intentions, feedback from players has made it clear that we must re-evaluate our approach to anti-cheat integration,” executive producer Marty Stratton stated. “With that, we will be removing the anti-cheat technology from the game in our next PC update. As we examine any future of anti-cheat in DOOM Eternal, at a minimum we must consider giving campaign-only players the ability to play without anti-cheat software installed, as well as ensure the overall timing of any anti-cheat integration better aligns with player expectations around clear initiatives – like ranked or competitive play – where demand for anti-cheat is far greater.”

Stratton also refuted player claims of Denuvo Anti-Cheat impacting the performance of DOOM Eternal. The true causes, Stratton advises, are issues “based on a code change … around VRAM allocation”. The upcoming patch which removes Denuvo Anti-Cheat will also address these issues. 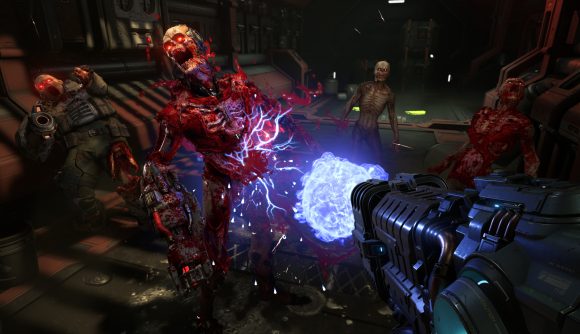 In his post, Stratton does not deny that future anti-cheat programs are still being considered. While he admits that implementing something as intrusive as Denuvo Anti-Cheat without player consultation was a mistake, it still sounds like iD Software is committed to finding a solution to prevent problem players from messing with the game’s online multiplayer. The challenge will be to combat cheaters while still respecting the privacy and security of rule-abiding players.

In the meantime, DOOM Eternal players on Reddit have responded positively to this announcement. Whether that positive sentiment will persist will depend on the developers’ next move to combat cheating. Hopefully whatever solution they arrive at can be effective while still protecting the security of players’ data.