By golly miss molly, it only feels like a few days ago I was writing about the teaser of PGA Tour 2K21 and how much I was looking forward to a big budget definitive round of golf on my console of choice. Times are certainly moving fast these days, look, its not a bad thing that we have an teaser trailer then a full on announcement trailer a couple days later. These are crazy times after all, if only games like Kingdom Hearts 3 and the FFVII Remake would have moved from teaser to reality that fast we would all have played them a good few years ago.

So, a week ago we did not know that PGA Tour 2K21 existed. But now we know that it does, and furthermore it is due to launch on 21 August this year for PlayStation 4, the Xbox One, Windows PC via Steam, Nintendo Switch and Google Stadia. It features a staggering 15 licensed PGA Tour Courses which were all scanned using top of the line technology, its pretty much assured these courses are going to be looking absolutely amazing. Just in case you don’t know, a golf course is 18 holes, so this means 270 fairways minimum which will put any old school golf game in the past where it belongs.

I’ll be honest, the only golf names I can recall are Tiger Woods, Arnold Palmer and some Aussie guy who used to release VHS tutorial tapes. The cover athlete on this one is 2017 FedEX Cup champion Justin Thomas and he is joined by another 11 PGA Tour Pro’s who no doubt will be formidable enough to challenge you on the course. Luckily though you can also create and personalise your own player and deck them out with licensed brands including Adidas, Polo Ralph Lauren and choose your favourite brand of clubs from brands such as Callaway Golf, Bridgestone Golf and Taylor Made Golf.

PGA Tour 2K21 will feature a broadcast style presentation and play by play commentary from famed broadcasters. It will also feature tutorials, tips and shot suggestions. It also has a social aspect because you can play with friends both locally or play a round online with some randoms, whether there will be microphones and trash talk abilities is yet to be seen. On top of all of that, if you get tired of the 270 holes on offer you can just create your own. So prepare for the internet to be flooded with the golf equivalent of Super Mario Maker. 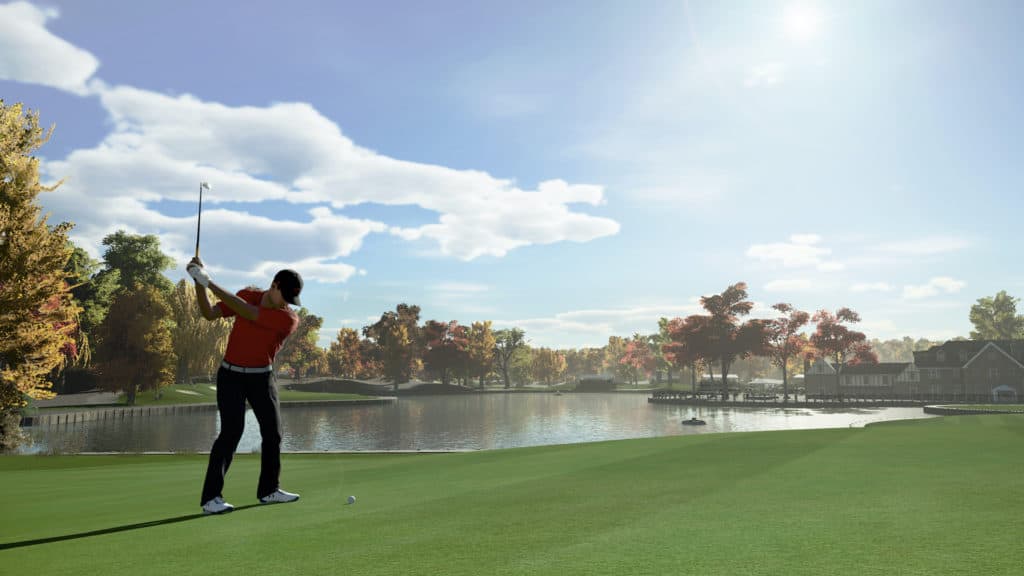 With the sheer amount of courses in this one, there will be a fair amount of play for sure and it is certainly looking like the most authentic golf game released to date. The jury is out until we get to give this one a play, but things are looking solid at this point in time. I know I am looking forward to having a hit around these courses when PGA Tour 2K21 releases on August 21st.