Unreal Engine 5 has been unveiled and boy is it gorgeous

Epic, in collaboration with the Summer Game Fest, has just unveiled Unreal Engine 5, the latest version of their staple game engine. With it, the team showed off a tech demo that showcases just how next-gen games using this engine may look. Watching it sure is enough to excite even the less tech-literate, and entice budding game developers.

This demo focused on two new technologies: Dynamic Global Illumination and Truly Virtualised Geometry. These two terms are essentially jargon, so let’s break that down. Dynamic Global Illumination considers the lighting in scenes, highlighting the different ways light can appear in both spaces and time of day. Think ray-tracing. Truly Virtualised Geometry on the other hand is a whole other beast. This technology allows for people to use and create “film quality” assets in game development, using photogrammetry to capture detailed scans of real-life objects.

Most exciting out of this showcase is the idea that it makes game developer’s and artist’s jobs all the more easier. In the past, using this previously mentioned photogrammetry process would only allow so much. You would have to scan in these assets and then compromise, removing any unnecessary tidbits and details, and even having lower versions of this asset when it is off-screen. Now, an idea in the Truly Virtualised Geometry tech called ‘Nanite’ will make life easier. Higher quality assets will now be allowed to be imported, reducing modification work for a game artist. Also with this, it allows for a higher count of those oh so well known triangles and polygons, creating more gorgeous and realistic items and assets. Epic casually boasts that the assets such as tiny rocks, and cliff walls, are all “around a million triangles each” and are done in 8K graphics.

Back to lighting. Lumen is another idea that determines the way lights bounces off items and environments and lights up a scene. Cut to 6:32 in the video, and you can see for yourself some of the ways this works in practice. Light is bouncing off metallic objects in a tomb. It’s a gorgeous sight to behold. 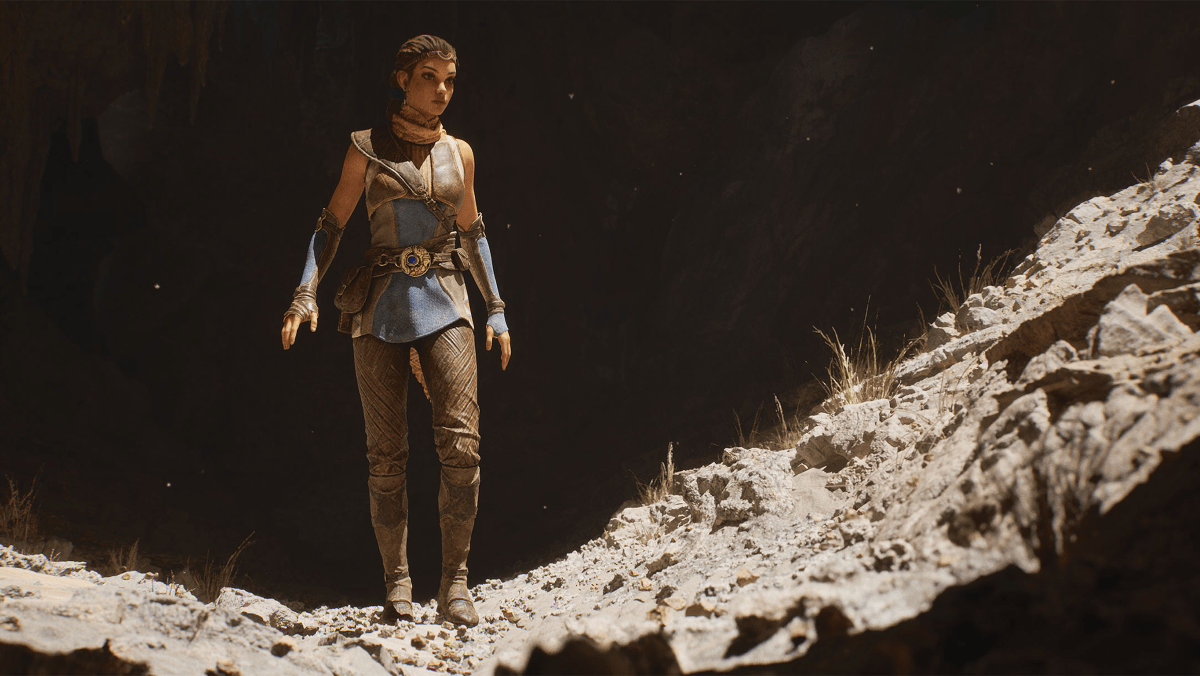 So there you have it. These are just some of the ways next-gen gaming is going to look gorgeous. We’ve come a long way since Unreal Engine 4 in 2013. For more information, you can jump into the official Unreal Engine 5 blogpost here. The showcase on Summer Game Fest clearly built and marketed this as “how games and gameplay will look on PlayStation 5,” though you can expect to see this across the board. Xbox’s Phil Spencer Tweeted in regards to the showing, noting how Hellblade II will be using the engine for the game.

Unreal Engine 5 is officially out sometime in 2021. Definitely check out the tech demo we provided, if not for the fun footage of a female character exploring a tomb with a gadget that’s a fun little blue orb of light. It’s safe to say we wish a game like this were to actually exist. Please, someone?