Astro Bot: Rescue Mission, the PSVR platformer that sees you guiding a little robot through levels and interacting with environments in unique ways, is the most fun you’ll have in VR. If you’re a VR devotee and got the chance to experience it, it was hard not to be charmed by the little robotic figure. Personally, I saw the potential in the character and wanted more journeys with them. Thankfully, mine (and hopefully at least a dozen other’s) prayers have been answered. Astro’s Playroom is an upcoming 3D platformer that’ll see the lovely little Astro’s triumphant return.

The news of Astro’s Playroom, like many other games this week, came out of the PlayStation 5 reveal event. Designed entirely for the PlayStation 5, it’ll make interactive use of the next-gen console’s gamepad. This isn’t too entirely dissimilar from the original game either, known for finding fun ways to control your environment just with the DualShock 4 in your hands.

The character of Astro originated from an application on the PlayStation 4 called The Playroom. This was the console’s answer to introducing AR gameplay. As the name suggests, Astro’s Playroom definitely appears to be a nod to the IP’s roots. 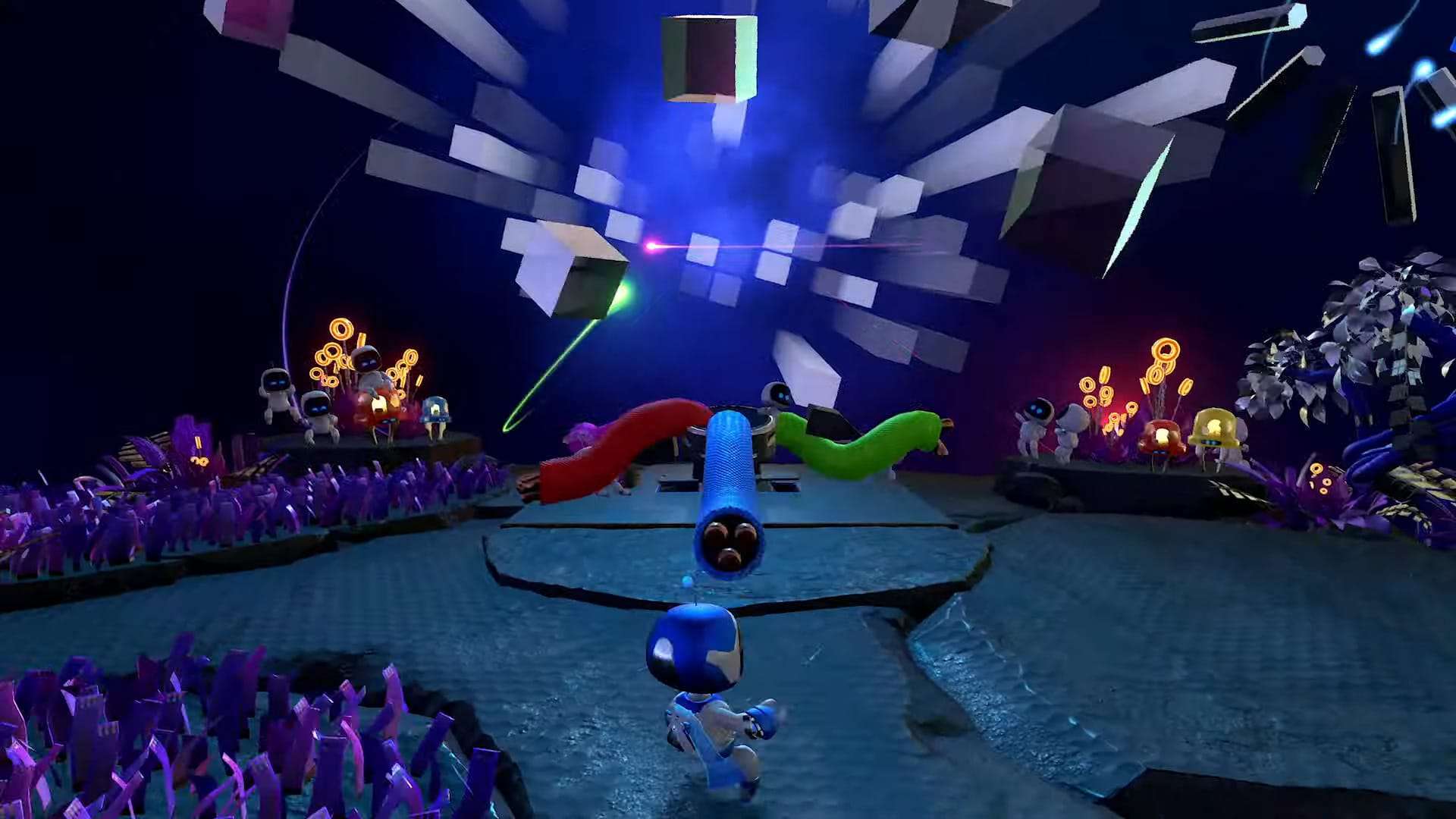 What’s interesting though about the game trailer or announcement is that it doesn’t mention PSVR at all. It seems this game is now just your typical 3D platformer instead. It reminds us that none of us have the faintest clue what PlayStation’s future gameplan is for their VR device. Still, there looks to be plenty of fun to be had here, traversing lush environments and even locations with fun little nods to PlayStation’s history. One of the environments seems to just straight up be the PlayStation 2 startup screen. I kinda really dig it.

Astro’s Playroom is being developed by Japan Studios and Team Asobi. There’s no release date but it has been stated as an exclusive for the PlayStation 5. Expect some platforming fun with this one.