Hail to the King, baby! Forget guest starring in Bulletstorm, Duke Nukem is bringing his most famous adventure to the Nintendo Switch. Iconic 90s first-person shooter Duke Nukem 3D: 20th Anniversary World Tour is heading to the Switch this month. Polish studio SONKA will be handling the port.

Back in 1996, the FPS genre was in its infancy and still working out how to implement a sense of exploration and interactivity. Enter Duke Nukem 3D, which was filled to the brim with an unprecedented level of detail and content. Together with Wolfenstein 3D and Doom, it pushed the boundaries of what its genre could be and remains a classic. The only thing that could possibly improve this game is the ability to use motion controls to make Duke kick people… and what do you know? This port delivers.

As with the initial release of the 20th Anniversary World Tour edition, the upcoming Switch port of Duke Nukem 3D will have many added features. These include a new 5th episode, developed by the original creators. The new episode will also include a new weapon, the Incinerator, and a new musical score for Episode 5 created by Duke’s theme song author and original game composer, Lee Jackson. Players can choose between the original 1996 look or a remastered visual style with improved graphical quality and frame rate. Unique to the Switch port are motion controls and HD rumble support. Local and online multiplayer for up to eight players will also be included. 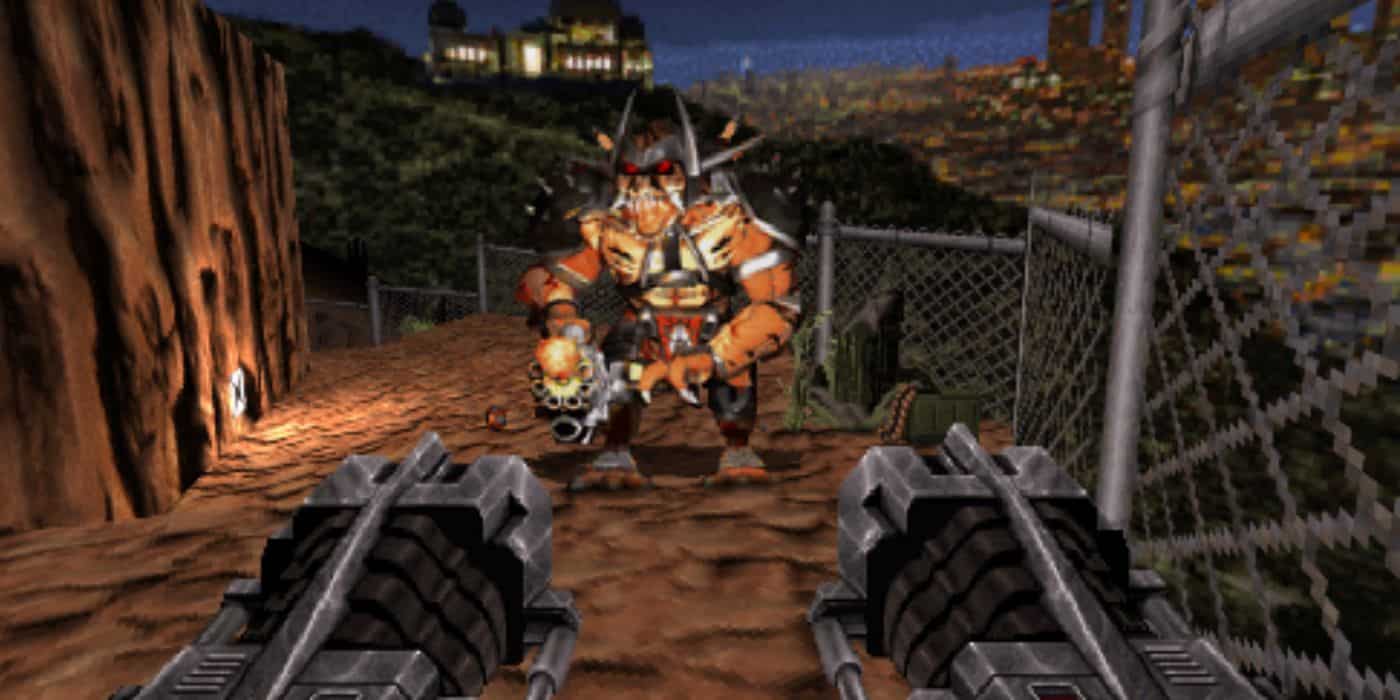 Duke Nukem 3D: 20th Anniversary World Tour will release on Nintendo Switch on the 24th of June. Its base price is $14.99, but it is half price if you buy it before the 6th of July. This port releases amid a lawsuit between original developer 3D Realms and current owner Gearbox over the rights to the property, as reported by Digital Trends last Monday. The two parties have apparently reached an amicable agreement for this particular port. However, if the rights remain in dispute, it could endanger further ports and adaptations for the foreseeable future.