In probably one of the coolest trailers of recent memory, a game called Dustborn has been announced. The game, which came out of GamesRadar+’s Future Games Show, is something seriously stylish. Created by Dreamfall Chapters developers Red Thread Games, it sports a flashy and colourful art style reminiscent of graphic novels.

Rocking music accompanies the trailer, where we’re introduced to what admirably looks to be a diverse cast of characters. The lead is a black woman by the name of Pax who wields a baseball bat and even seemingly has superpowers. “What the hell is Justice doing here?” reads a dialogue box as we see her telekinetically blast away a group of futuristic soldiers with electric batons.

Dustborn takes place “somewhere in America,” as another panel quite literally tells us. Inside an RV we see more characters we’ll be spending time with. We have the aforementioned hero, in a popping yellow beanie. A nerd type with dyed blue plaits is playing with a tablet. A quite attractive middle-aged man with greying temples is playing the guitar. We also have what looks to be the only character in the main cast that’s white, with hair as white as snow. A punk-looking drummer is air-drumming with drumsticks. They’ve only one eye and a gnarly scar. Leading up the front of the vehicle is not one but two robots. A tiny circular robot with an emotive digital face like Borderlands’ Zer0. Driving the RV and leading the road trip is a more typical looking tall and lean robot. Trouble’s no doubt headed their way. It’s all exciting stuff. 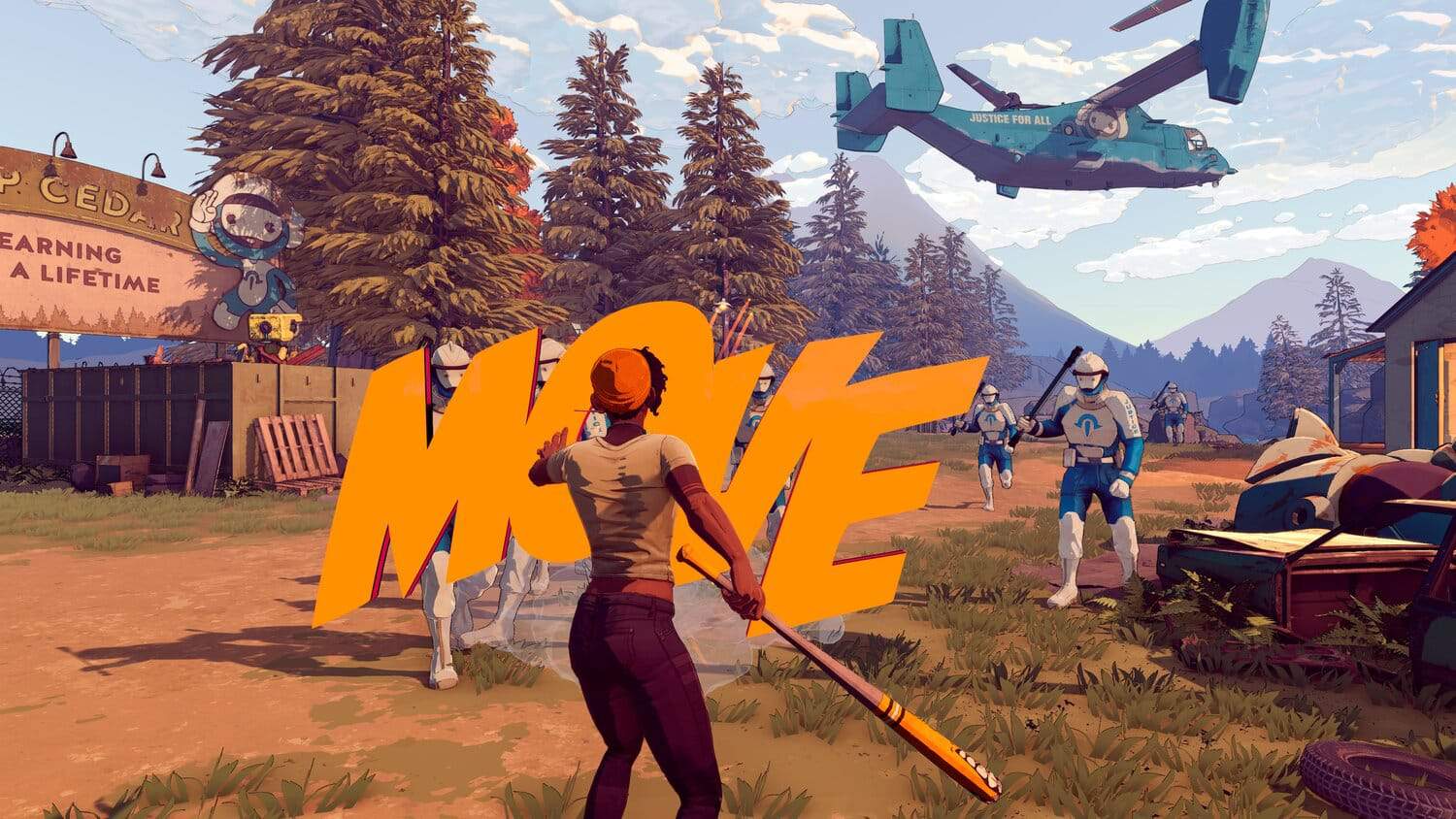 In addition, a brief gameplay glimpse was also provided. It looks like minute-to-minute gameplay in Dustborn will see you on a daring road trip, exploring and talking with individuals. Oh, you can also beat up cops both with a bat and your own weaponised words. Need we say more?

Dustborn is coming to PC and next-generation consoles in 2021. It’s an exciting premise and a pretty sweet looking game, to say the least. So if you’re looking for more info on the game, head to the official website here.