Gran Turismo 7 speeds onto podium at the PS5 reveal event

What would a new PlayStation generation be without another flagship racing simulator? Gran Turismo 7 was revealed at the PlayStation 5 announcement stream, being developed by Polyphony Digital.

During the next-generation console event, a trailer featuring both cinematic and gameplay footage showcased what’s under the hood of the next game.

On the stream, much of GT7’s menus and track vision was shown. A glimpse at player’s garage interface looks as luxurious and sleek as ever, with that iconic Gran Turismo lounge music. Several upgrades and tweaks can be made to cars to improve horsepower, downforce, handling, top speed, braking, and basically anything you can imagine.

An overworld screen of sorts previewed the several game modes and features of Gran Turismo 7. Besides the expected Championships, Training School, and Special Events modes, online specific elements are present. GT World, GT Cafe, Special Events, among other parts of the simulator will use online features to enhance the experience. 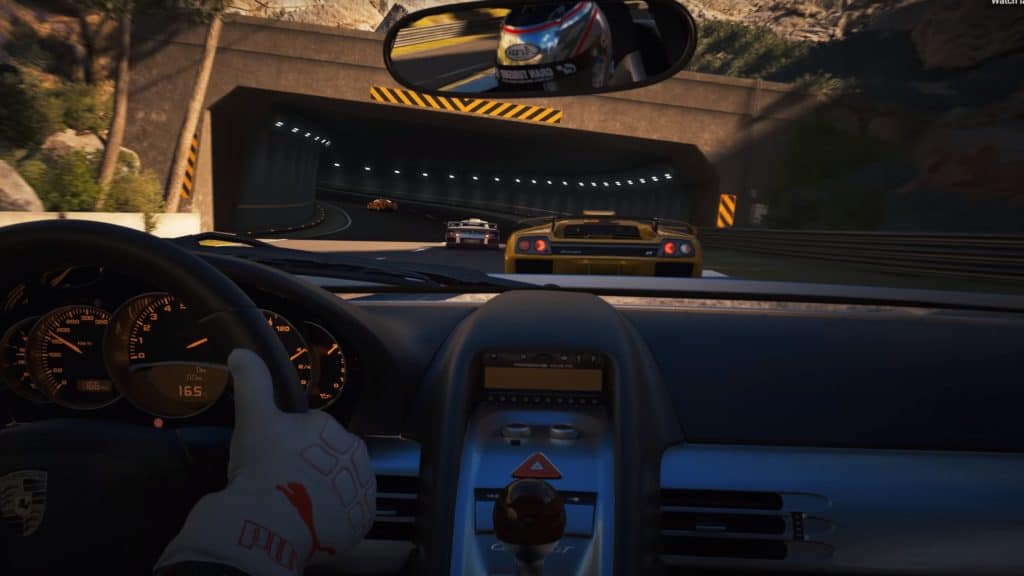 Track gameplay took place on the Trial Mountain circuit within the Sierra Nevada mountains. The PS5’s new graphics are really on display here, as the course speeds through a sun-blanketed mountain scape, with dense forest and several long tunnels. The shadows and lighting reflecting off surfaces create such a shine never seen before in a Gran Turismo title.

Despite the name, Gran Turismo 7 is the eighth instalment in the racing series, following the 2017 release on PlayStation 4, Gran Turismo Sport. It is again being developed by racing veterans Polyphony Digital, one of Sony’s internal first-party studios. With everything that the PlayStation 5 has shown, GT7 is looking to be a thrilling drive.