Lee Carvallo’s Putting Challenge from The Simpsons is real

I want to talk to you about an itch.io project. No, though it’s important, it’s not the recent massive bundle for the BLM movement (if you haven’t got that please do). Remember how good earlier seasons of The Simpsons were? Remember perfect season seven episode Marge Be Not Proud? It’s the one where Bart so desperately wants a copy of Bonestorm that he shoplifts it and then has to return. At the episode end, he gets a Christmas gift from Marge in the form of a game that every boy so desperately wants, Lee Carvallo’s Putting Challenge. Well, that very infamous and meme-able putting game is now real. Yes, I’m serious.

The game, though not Bonestorm, is a sight to behold and can be experienced either in-browser or downloaded. You even nab that famous bonus scoring pencil upon downloading. It’s free to play, which is a relief given it did not sell well in The Simpsons universe. The game was even endorsed by one of the showrunners at the time, Bill Oakley.

Lee Carvallo’s Putting Challenge’s reception has left developer Aaron Demeter taken aback. “The reception has been completely unexpected and a bit overwhelming, to say the least!” he says in a developer log for the game. Come on Aaron, surely you know how rabid The Simpsons fans are. 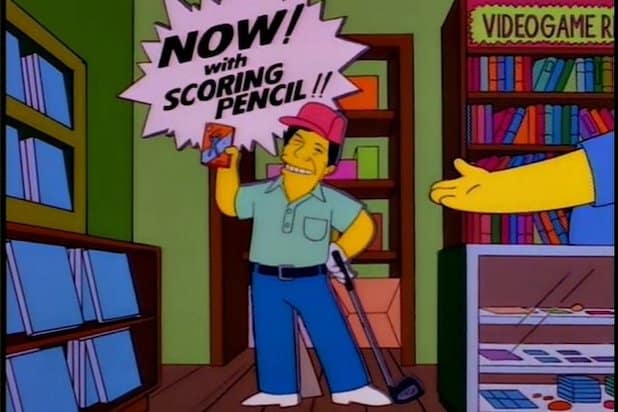 This isn’t the first time an in-universe game has made its way to the real world. Journey to the Center of Hawkthorne, from sitcom Community’s season 3 Digital Estate Planning episode also exists. Last year, the Checkpoint crew even covered some fictional video games inside fictional worlds in an Intimates podcast episode which you can listen to here. ‘

Until Bonestorm is inevitably made into a real game, you can grab yourself Lee Carvallo’s Putting Challenge here. Buy me Bonestorm or go to hell!