Ratchet and Clank: Rift Apart was officially unveiled as a PS5 exclusive today during the Sony PS5 live stream, and it looks like it will be a return to form for fans of the series.

It has been a while since we last received an entry into this series with 2016’s reimagining of the first game for the PS4 being the latest title, and 2013’s Into the Nexus for the PS3 being the last official sequel.

The trailer provided an entertaining experience to watch with the dynamic duo falling with style through vastly different universes, blasting enemies, and closing off with a mysterious new female protagonist being introduced.

This entry looks to carry the Ratchet and Clank charm we have all come to know and love from Developers Insomniac Games, with the colourful art style and charming humour intact. The story seems to centre around the duo shifting between universes, with the unnamed female protagonist joining the fold at the end of the trailer.

A selling feature of Rift Apart looks to be the instantaneous switch between universes occurring in real time, probably putting the new SSD to good work, and as seen in the reveal the transition is both seamless and gorgeous. No word yet on how players can utilise this brand new feature during gameplay. Will it be a on-demand feature or used at predetermined points in the game? A question we look forward to being answered. 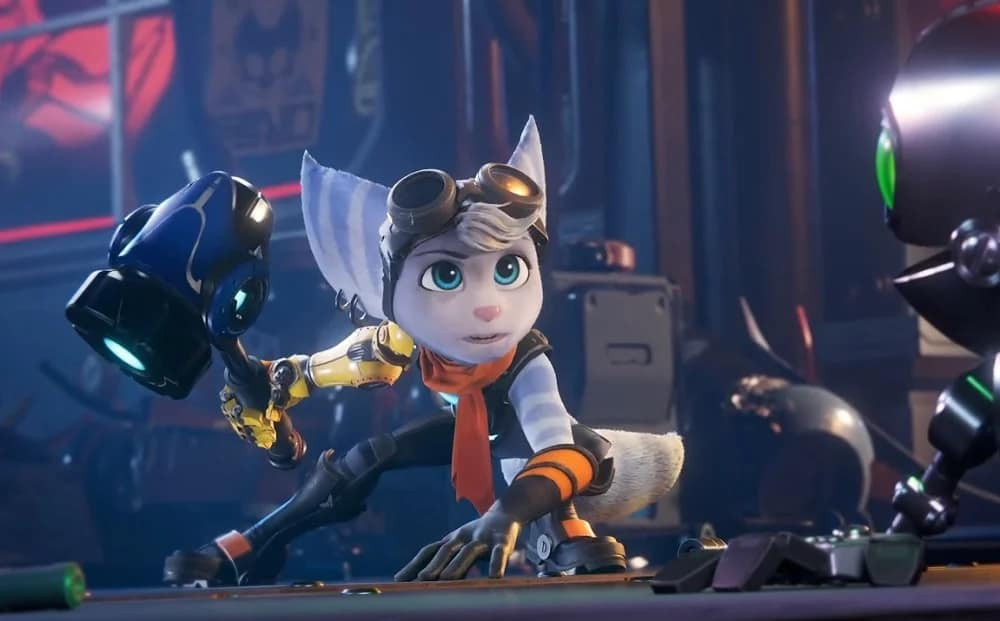 Ray Tracing is also stated to be a component to the graphical side in the game to give the visuals a more dynamic feel, and with the series flair for zany and wacky weapons, effects, and explosions, this looks to provide a real visual treat for players. Clank will have ray tracing as well, which they made a point of mentioning.

As a PS5 exclusive title, we can also expect all the usual bells and whistles that the PS5 will offer to be included here, as the Dual Sense controller is stated to provide feedback support to heighten the gaming experience.

We don’t have an official release date yet, but fingers crossed for a launch window announcement in the following months.