Revisit the past in Kingdom Hearts: Melody of Memory

The Kingdom Hearts franchise is no stranger to unconventional spin-offs. From mobile games to prequels on handheld consoles, the series has often tried to reinvent itself. To celebrate the franchise’s history and amazing soundtrack, Kingdom Hearts: Melody of Memory, a rhythm game featuring characters and locations from previous games, has been announced for PS4, Xbox One and Nintendo Switch.

According to the announcement trailer, players run across a linear track hitting notes in time with the music. During each level, players revisit locations and cutscenes from previous entries in the series. While it may seem like a fun, throwaway spin-off, the trailer seems to imply that this rhythm game will contain crucial plot information for the future of the series. Fans may want to keep an eye on this one in case it teases Kingdom Hearts 4 or something.

According to a description on Square-Enix’s Japanese Youtube channel, translated by Gematsu, Kingdom Hearts: Melody of Memory will contain “a massive catalog of over 140 songs, including music from the Kingdom Hearts series, Disney, and more.” The game is also set to include “four play modes, including online battles”. Considering the incredible music the series has access to, including the franchises’ iconic soundtrack, as well as the dozens of famous Disney songs that the Kingdom Hearts series can include, it is surprising that a Kingdom Hearts rhythm game has not been made sooner. 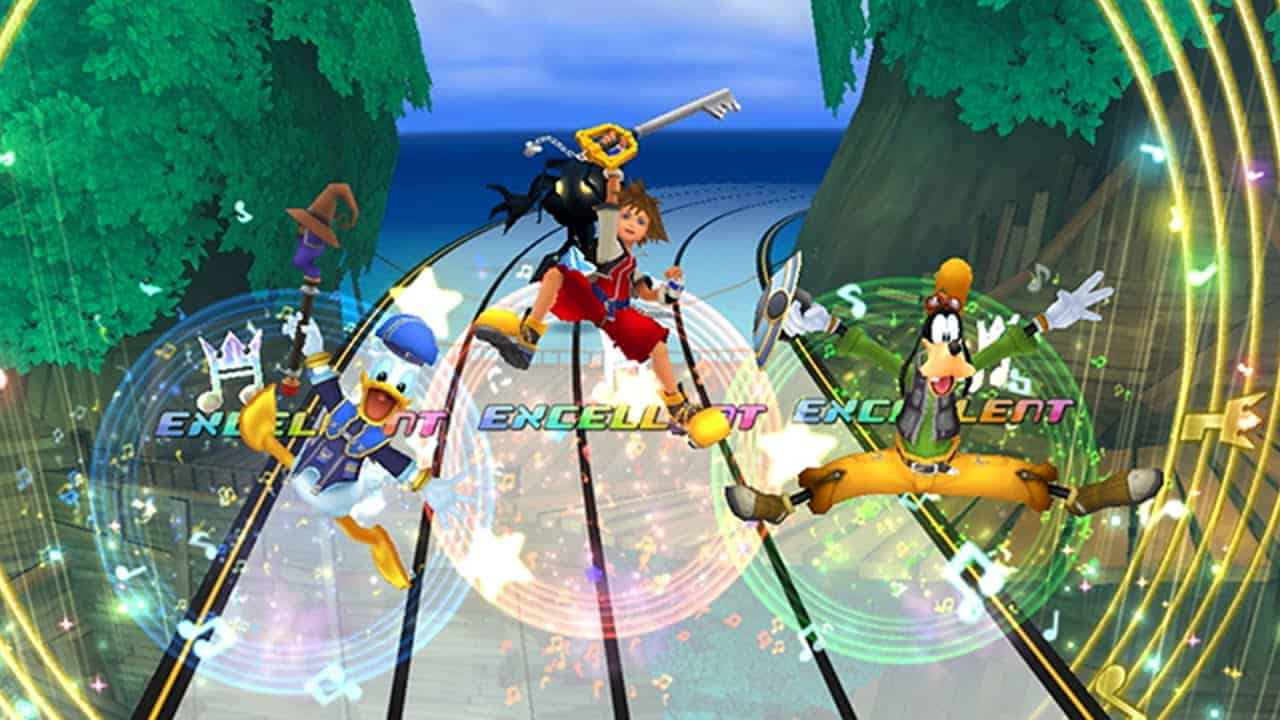 Kingdom Hearts: Melody of Memory will release on PlayStation 4, Xbox One and Nintendo Switch this year in Japan. No Western release date has been announced as of yet. This is certainly not the first time that a Kingdom Hearts game has gone through Sora’s memories to re-experience previous locations in the games. By making it a rhythm game, hopefully players can find another reason to jump back into another nostalgia-focused title.