Video game publisher and former console manufacturer Sega will be turning 60 soon. In order to commemorate the occasion, it has announced a special mini console to celebrate the company’s history. The new mini console will be the Game Gear Micro, Sega’s old 8-bit handheld console from the early 90s, shrunk down really, really small. 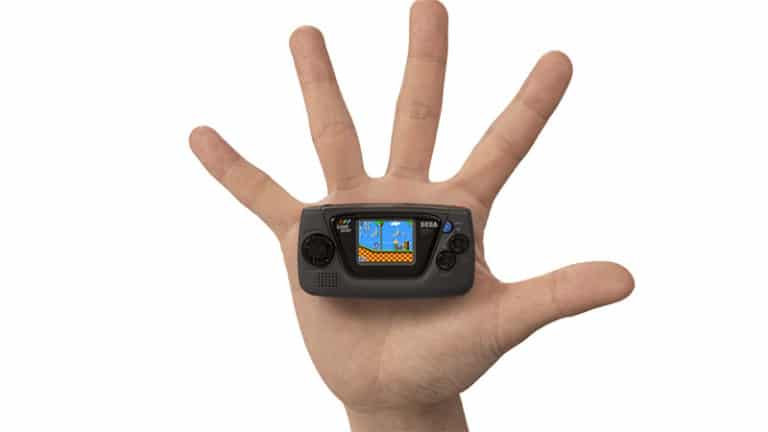 The original Game Gear launched during the height of the console wars between Nintendo and Sega. Compared to its direct competitor, the original Nintendo Game Boy, the Game Gear had several advantages, like a full-colour backlit screen and improved processing power. However, as Nintendo has since proven time and time again, it doesn’t matter how powerful your console is if you don’t have a strong library of games to back it up. As such, despite its improved graphical strengths, the Game Gear struggled from a rushed launch and general lack of support from Sega, and was discontinued in 1997.

From what has been revealed, the Game Gear Micro is set to include several highlights from the console’s old library. Sega have not produced an official game lineup yet, but based on some marketing materials captured on Twitter, we can see some of the games set to be included. These include Sonic and Tails, Shining Force and Gunstar Heroes. There will be four different colours to choose from: black, blue, yellow and red. The retail price in Japan will be ¥4980, which converts to about AU$60.

The Game Gear Micro is far from the first “mini console”, reviving a variety of classic titles in a nostalgic package. That said, it is definitely the first to take the “mini” part of that title so much to heart. While Nintendo started the trend, its 90’s console competitors Sony and Sega have also thrown their hats in the ring. The Game Gear Micro is even set to release alongside a peripheral to help focus on its tiny screen. Considering the original Game Gear fans are now adults with large hands, I can’t help but wonder how comfortable such a small device will be to play.

The new console will release in Japan on June 10, however no Western release date has yet been announced. It’s certainly a unique way for Sega to display its old library of titles. Hopefully the Game Gear Micro will turn out to be a fun and novel way to explore Sega’s handheld history.