While the Xbox Games Showcase stream’s highlights wowed the audience with long-awaited titles like Halo and Fable, it also brought us some brand new stuff to look forward to. One of them is Balan Wonderworld, a new 3D action platformer being developed by Square Enix and led by Sonic creator Yuji Naka. The trailer stars some cute kids as protagonists, a strange dream-like world in peril, and a vibrant and strange ‘enigmatic maestro’ whose design seems to suggest he belongs in a circus act. (Is he wearing that top hat, or is that his head?)

Long-time Sega fans may have a question on their minds: “Wait… isn’t this NiGHTS into Dreams?” Well, it certainly strikes a similar image, as the character design, circus-like atmosphere and bosses all bringing back memories of the Sega Saturn classic. The NiGHTS series stars a boy and a girl who enter the land of dreams known as Nightopia and must search for the lost pieces of their heart. They are helped by the creature known as NiGHTS, a character just as decorated and vibrant as Balan, who protects them from nightmarish creatures who try to steal the pieces of their heart. The premise of Balan Wonderworld, while not exactly the same, seems strikingly similar.

That’s not the only nostalgic notes this trailer hits, though. The 3D platforming brings to mind the platformers of the N64 era such as DK64 or Banjo-Kazooie, or more recently A Hat in Time. There are a bunch of differently-themed worlds filled with strange and fantastical things. Though we only see a brief few examples in the trailer, the 80+ costumes available for the kids to wear imply that the world will be full of things to interact with. In the trailer, we see abilities that assist movement, exploration, fighting enemies, and much more. 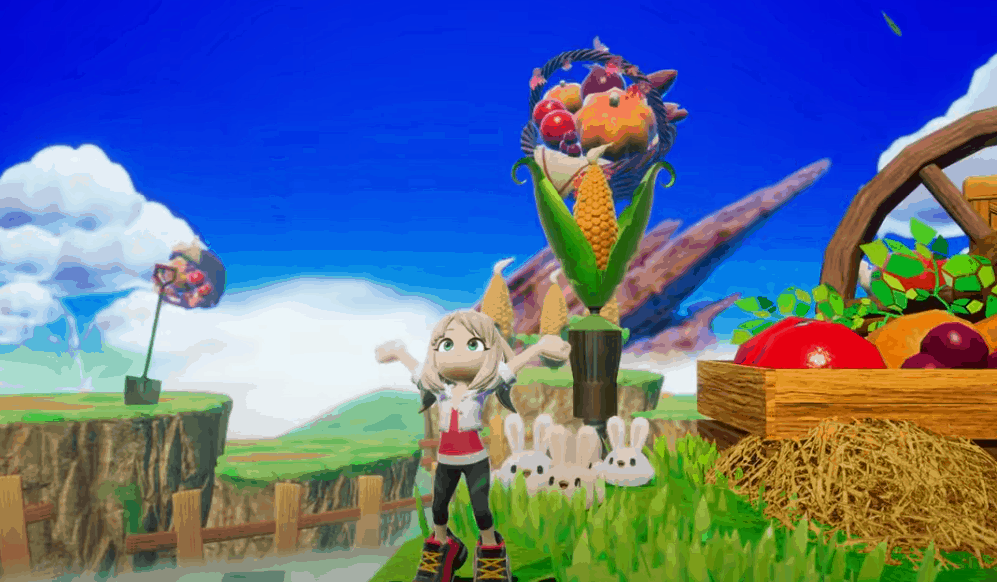 We don’t know for sure yet if the similarities to NiGHTS was a purposeful choice on the part of the developers, but with Sonic Team veterans Yuji Naka and Naoto Oshima on board, it’s hard to see it as a coincidence. It already has its own website, so check it out for more info, as well as a development blog. Balan Wonderworld is set for a release sometime in early 2021 across PC, Nintendo Switch, Xbox One and Series X, PlayStation 4, and PlayStation 5.