Gamer Girl developers Wales Interactive have pulled the game’s trailer due to backlash after its reveal. The full-motion video (FMV) format game sees players acting as a moderator of live-streamer Abicake99. The aim is to help her make choices through leveling your mod abilities and reading and responding to real-time chat messages.

From the trailer, the severity of the scenarios you need to decide for Abicake99 increase as you play. In the clip we see the player making choices such as how to respond to certain messages, whether to go for drinks with a friend, and the more serious – deciding to go along with a friend or go alone to a dangerous location.

The FMV narration technique focuses on pre-recorded video files to progress the narrative of the game. Action is usually based on choices that players make to direct the story in a certain way. Recent FMV releases have shown that there is some life in the genre when done well, such as Telling Lies that released last year. This is not Wale Interactive’s first FMV game, having released Late Shift and Late Shift since they began making games in 2012.

Criticism for the trailer focused on people’s belief that the game is cashing in on the trauma that many female live-streamers experience. The game is also headed by a team that is completely made up of men and Abicake99 is pretty scantily dressed throughout, playing on the stereotype that female streamers primarily use their looks to gain views. After the backlash, Wales Interactive pulled the trailer from their YouTube page and addressed concerns on their Twitter page. They stated in a Tweet that:  “Gamer Girl was co-written by Alexandra Burton, the lead actress who improvised the entire script. The research into the streaming content of Gamer Girl took 4 years and the dev team at FMV Future interviewed dozens of female streamers…“

However, this response did not go down well with Twitter users. They questioned just how many women were interviewed, the variety of the streamers and the whole idea of an “improvised” script and how involved Burton was in writing this “script”? Wales Interactive also Tweeted that the game was “empowering” due to the way Abicake99 “battles the trolls and — overcomes— the toxic characters in her stream…” 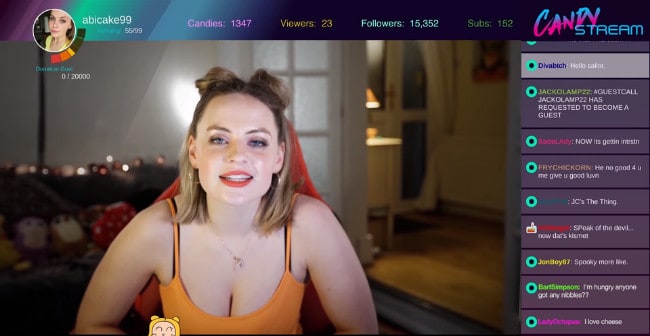 The trailer was also pulled from the PlayStation Europe YouTube channel and Wales Interactive has wiped any mention of the title from their website. Only time will tell whether the game will go ahead or what the devs will do next in light of such negative responses.