A Marvel’s Avengers War Table was live streamed recently via publisher Square Enix. The second War Table showed some awesome new gameplay and heaps of information about the live Beta that is to begin soon for fans who have per-ordered the game. Here’s a round-up of all the juicy details that were revealed:

4 player co-op will be available within the game’s Beta with 3 different types of missions – HARM rooms, War Zone and Drop Zones. Holographic Augmented Reality Machine (HARM) rooms are training zones where you take on waves of different enemies either solo, with companion AI or with up to 4 live players. Once you complete the initial room, you will unlock 3 other rooms. These rooms are basically for you to get a feel for your hero’s skills and abilities before using them in missions.

War Zones let you play with 4 unlocked heroes via companion AI, with 3 other players or “a mix of both!” There is a mixture of AIM enemies to take down that include both human and robotic foes. Bunkers will also be included and players will need to complete puzzles to open these. These will include loot boxes with things like gear, resources and collectible comics. Drop Zones are super quick experiences where you “get in…get out…you’re done!” Here you drop in, fight foes and leave with great gear and the ability to level up your hero.

Where companion AI is used in missions, you will be using the hero that you have customised and upgraded. For example, say you’re playing as Hulk, but your companion is Black Widow. She will have all the upgrades and gear that you have assigned for her and earned throughout the game. The Beta will also let players have access to the Hulk Blaster; Iron Man’s special suit that has been described as a “powerhouse of power.” Its main feature is rocket controlled melee that includes rocket propelled punches, overpowering dash and leap and slam attacks. All up the Beta will have 20 co-op and single player missions and have “even more secrets you’ll have to discover by yourself.” 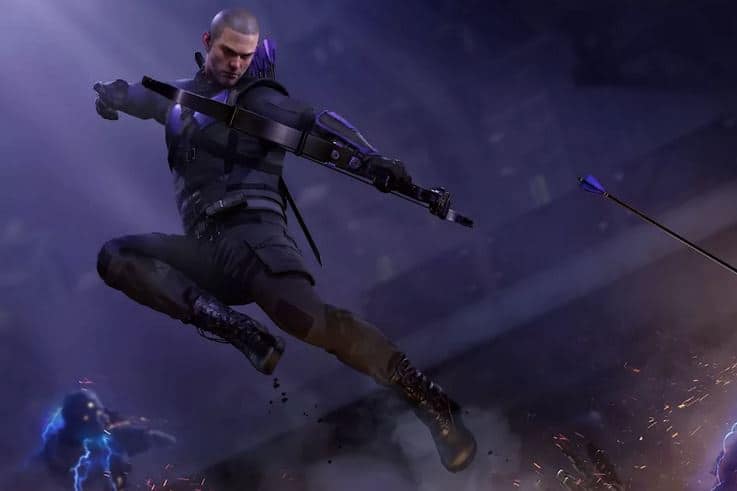 Marvel has said they have been listening to fan’s opinions about the previous War Table livestream and have answered one of their biggest questions “Where’s Hawkeye?”. A Hawkeye trailer was shown highlighting his stealthy abilities and also electrifying arrows! When creating his character, the devs were inspired by the “My life as a weapon” graphic novel and have taken “some exciting ideas” from it. He has his own in-depth story mission chain that is unique to the main campaign and can be played in co-op or solo.

Marvel’s Avengers is also teaming up with Fortnite to give players of the BETA a Hulk Smashers Pickaxe. This will be available to PlayStation and Xbox One players who complete all three HARM challenges in the BETA. It seems that Epic Games will release the items in their in-game store on PC at a later date.

You can access the Marvel’s Avengers Beta if you have pre-ordered the game. The Beta is available on August 7th for PS4 and August 14th for Xbox One and PC. All platforms will then be able to play the BETA again on the 21st of August.