Worms Armageddon gets a big content update 21 years after release

While Team17’s Worms franchise has been going strong since 1995, with new instalments on the way, no entry in the series has maintained its audience the way 1999’s Worms Armageddon has. Even 21 years after release, Armageddon still has a strong and active online multiplayer and modding community. In recognition of its staying power with audiences, the developers have quietly released Patch 3.8, which has added in a ton of quality of life improvements and new features.

The biggest addition is 70 new schemes to online and offline play. Schemes are rulesets which govern the game physics, what items are available, and the win conditions of a match. These new scheme options are reserved for experienced players, and will only be available for players who have completed the single player portion of the game and unlocked The Full Wormage. The fan-made Rubberworm mod, which allowed players to play with the game’s physics, has also been integrated into the full game.

Players of Worms Armageddon can now expect a smoother gameplay experience. Previously, the frame rate was capped at 50 frames-per-second by the game engine. Now, players can experience the game at whatever frame rate their PC can handle. A Windowed Mode has been added in Advanced Settings. A Streaming Mode has also been introduced, which hides IP addresses when joining or hosting an online game. 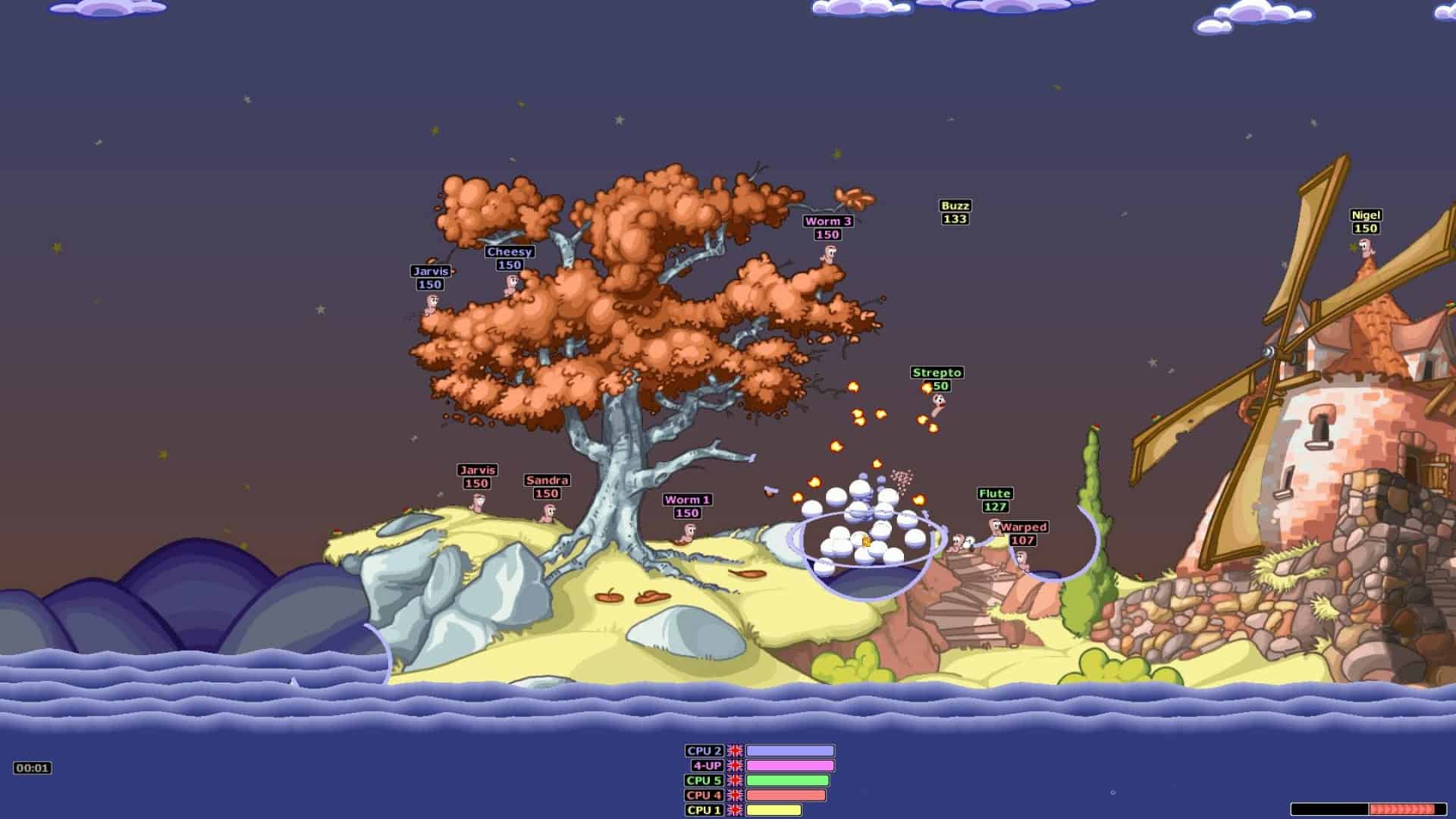 Furthermore, players can inject some more chaos into online matches by adding CPU teams to take on with your friends. You can even now run CPU-only matches with no human players, if you wanted to see how the game simulates a particular scheme or map type. These new features are in addition to many other smaller updates that have been added in this patch, such as optimisation improvements and full support for seven additional languages. More in-depth information about Patch 3.8 can be found on the Steam Store page.

2020 marks the 25th anniversary of the Worms franchise. The next entry in the series will be Worms Rumble later this year on PS4, PS5 and PC. It is pretty awesome to see Team17 acknowledge and support one of their most beloved classic titles decades after its release. Whatever happens to the future of the Worms franchise, Worms Armageddon’s staying power will be hard to beat.