Obsidian Entertainment has released the first major content infusion for tiny-sized garden exploration simulator Grounded. In Update 0.2.0, a new perk system has been introduced, along with new BURG.L quest types. Also, there is now a hungry crow who flies around and tries to eat you. Have fun! 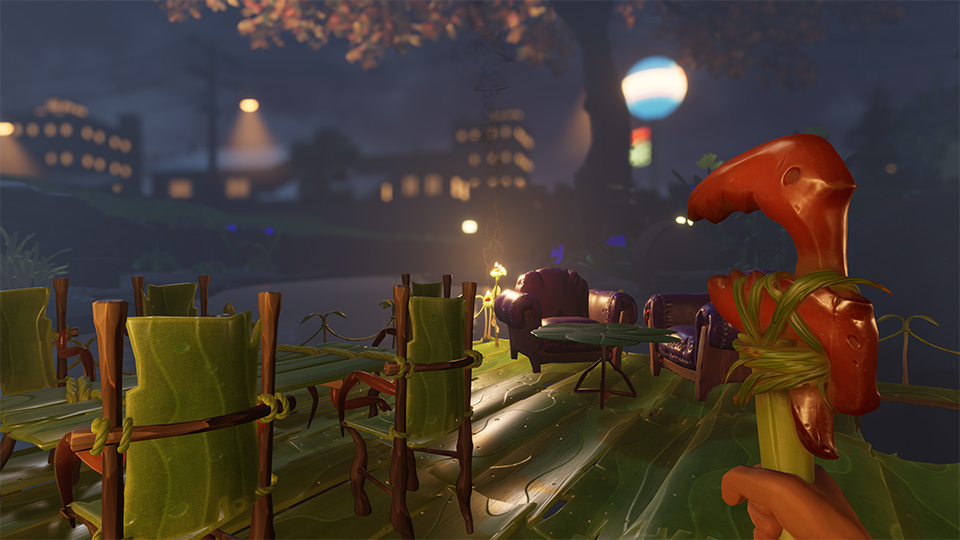 That’s right, the latest obstacle in your path are birds who seem to mistake the shrunken childhood protagonists as prey. Although players will have to be cautious of the new airborne predators, bird feathers can be harvested as crafting materials. These feathers, and other new materials, can be used in new crafting recipes that have been added. While you are out trying to survive being devoured by the avian menace, you can complete Artificer quests to locate crafting materials, and Chipsleuth quests to locate BURG.L chips.

In addition to the new quest and enemy types, Grounded now has perks. These are passive mutations that are unlocked through gameplay. Up to three can be enabled at once, which can enhance your survivability or exploration skills.

Other additions in this update fall mainly under quality of life improvements. Interactable objects now glow faintly purple to make them stand out from the scenery. There is a greater variety of wildlife, particularly underwater in the flooded area. Also, just to torment the arachnophobes out there, the spiders now have more attacks and are deadlier. There is fortunately an Arachnophobia Safe Mode, which doesn’t disable the spiders, but at least makes them look less…spider-y in their appearance. Further details for Grounded’s latest update can be found on Obsidian’s website.

Since its release late last month, Grounded has done very well for itself in Early Access in terms of sales. It seems like Obsidian are taking on feedback and steadily fleshing out its somewhat bare initial launching state. Hopefully we can expect more updates of similar size as Grounded continues its journey throughout Early Access to an eventual full launch.