Grounded is a game of my dreams… only smaller

Grounded, a new survival game from Obsidian Entertainment, has just launched into Early Access for PC and Xbox One. This little game featuring tiny, shrunken teens in a big and scary backyard has been gathering quite a lot of attention.

Grounded had me really excited. In fact it had all the elements lined up that had me thinking it could be my favourite game of the year thus far. However, I soon realised that there was a bit missing from this game. Not that long ago the Xbox Showcase advertised Grounded as “the smallest [game of the year]”, but it was not small in the way I predicted it would be.

I think it’s only fair that I lavish the game with the praise it deserves before I air any grievances. I’ll confess a soft spot for certain tropes in fiction, and the whole “Honey, I shrunk the kids” vibe found within Grounded is one I gel with a lot. It’s worth noting that being tiny provides a lot of utility for the game. It’s undeniable that a different scale creates all kinds of dangers from what would otherwise be very mundane situations. Contending with the various insects within the game for example is simultaneously scary, but completely comprehensible for players. Unlike giant aliens or supernatural foes, the real world threats found in Grounded allow players to draw on their basic understandings of the natural world and it gives the game a feeling of credibility and intuitiveness. It’s amusing to see the little ways that gameplay changes on a miniature scale. Seeing markers displayed in centimetres is both amusing and further establishes the world. Probably my favourite part of this is that it makes the environment a bit easier to navigate.

As much as I like having a mini-map to help guide myself around an open world, a well-designed game can exist without it. I think especially in a survival game, where the focus is squarely on the action, it’s imperative for the player to feel like they have a good grasp on their surroundings. Grounded is fantastic for this. You can see objects in the yard, tripods, trees, and more from miles… well… metres away. This means the game can say “search by the tree” and players can hone in on that location. All you must do is orient yourself skyward, and spin around to find your target area. You may need to use a map to find certain utilities. Field stations, used to analyse materials, for example, have no big indicator or anything. As such you need to just know where they are from the map.

In many ways Grounded was an ideal game for me. I was looking forward to playing it all week. However it was at about lunchtime, a few hours after starting, that I found I had finished all the story content on offer. 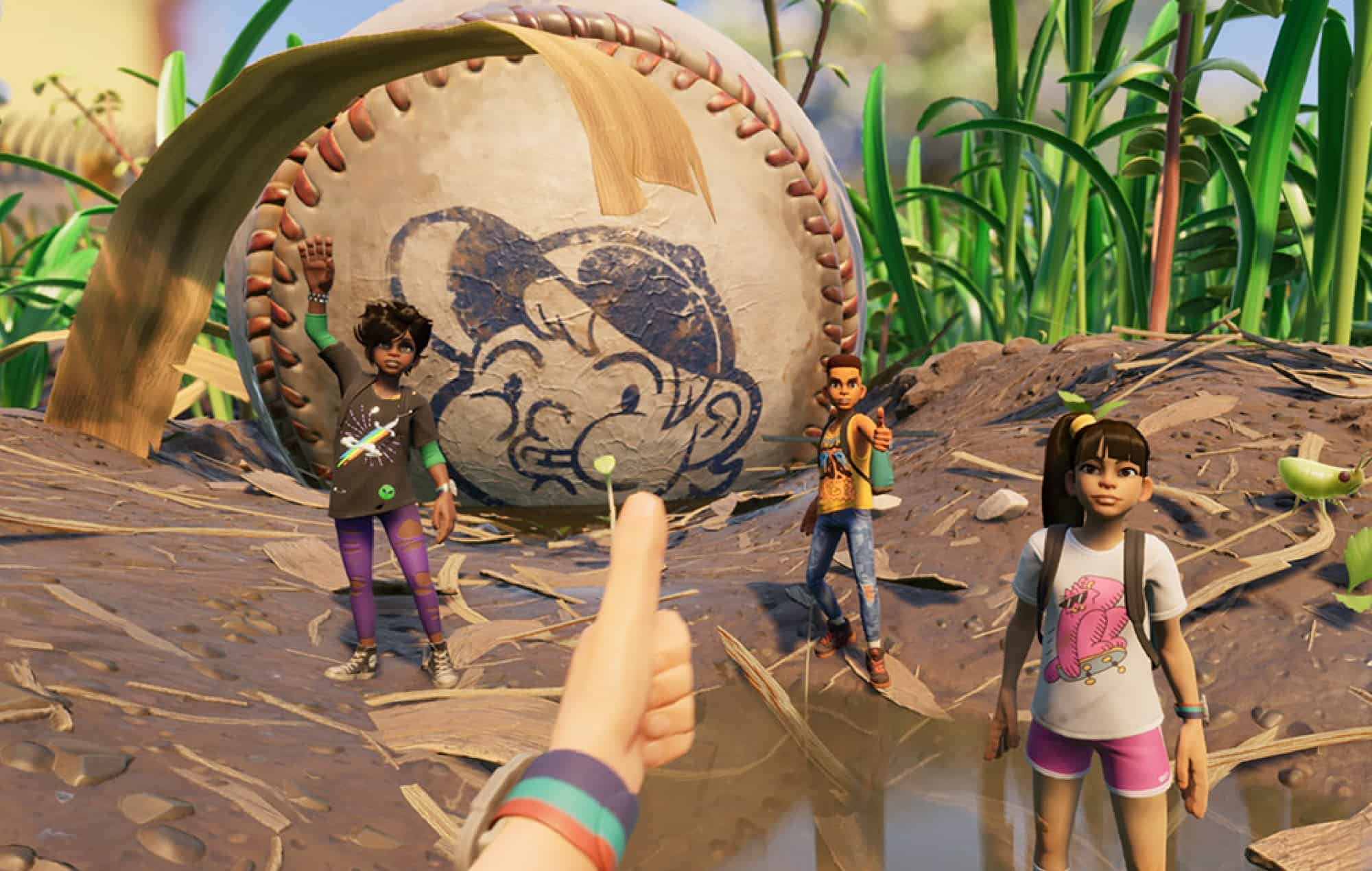 Yes, the big release day has heralded Grounded’s entry into Early Access. I knew the game was not complete, but I assumed it would be something more minor. The problem is I invested a lot of energy into completing a narrative that has now ended rather abruptly. Amusingly enough, I played the game a month or so ago when it was a demo on Steam. The demo itself, while only 30 minutes long, somehow covered the lion’s share of the content on offer. I suppose the good news is that Grounded is on Xbox Game Pass, so I can dip my toe in with no additional charges. Though my heart goes out to those playing on Steam paying AU $39.95 for it. Although to the game’s credit, it did make its Early Access status rather clear.

It’s fair to say that the content on offer is good, but I am not interested in a narrative that’s over as soon as it begins, and I imagine others share my issue. It does feel a little odd to complain about video games when there’s so much worse happening around me. In many ways, this is the logical endpoint of “hype culture”. Expectations are so high, that eventually, it was going to spill over into disappointment.

I’m enthusiastic to see Grounded reach its full potential, and I’ll even do some of the busy work they’ve left for us. But for now I’m going to move on because there isn’t much here for me. Until then, I’m not mad, I’m just disappointed.