Final Fantasy XVI – Everything We Know

Final Fantasy XVI (that’s 16) is happening, folks! It was the first reveal trailer at the PlayStation 5 Showcase Event. This has been a long time coming. If you consider that FFXV was first announced in 2006 under a different name, this is the first announcement of a main numbered entry in the series in fourteen years. As someone who grew up playing these games, that was a long wait.

In the hours since the trailer dropped, I have scoured every inch of it (and its official English subtitles) for clues as to what the game will be like, and any references to the rest of the series. Y’all, I was not disappointed. There’s callbacks to the series’ past, and a few things Final Fantasy has never done before. Here’s a list of everything I noticed.

Square Enix has four major internal teams in charge of making their various games. Creative Business Unit I is supposed to handle major Final Fantasy releases, but they most likely have their hands full with the next instalment of the Final Fantasy VII Remake. According to the trailer, Unit III looks to be in charge of Final Fantasy XVI. Curiously, Unit III is the team behind FFXI and FFXIV, both MMORPGs.

FFXIV has gone from strength to strength since its rocky relaunch in 2012, with its most recent expansion, Shadowbringers, having what I personally believe to be the best Final Fantasy story in years. Naoki Yoshida, director of FFXIV, promptly confirmed he is not directing Final Fantasy XVI, but will produce it instead. Still, XIV seems to be a huge influence for the new game in several ways, as evident in the trailer.

Back in the early 00s, the localisation team for FFXII made the remarkable decision to give British accents to certain characters. This flew in the face of American-centric localisation standards of the time, and unfortunately very few games have done it since. The localisers of FFXIV took this cue and made virtually the whole world sound various kinds of British, giving a theatrical edge to the game’s high fantasy political drama. Since Final Fantasy XVI is being made (at least partly) by the same team, they appear to be continuing this trend, with an Irish accent thrown in for good measure.

Sure, the last mainline Final Fantasy game also starred a black-haired young man who grows older as he broods into a campfire, but this one doesn’t sound American! Variety!

Big fans of Final Fantasy might have known it’s spelled ‘Eikon’ and not ‘icon’ before the official subtitles confirmed it. This seems to be what summons will be called in Final Fantasy XVI.

Summons are magical god-like beings recurring throughout the franchise that can be called to assist the player in battle. Since each game is set in a different world, summons are usually called something specific to that world. In FFXIV they are called Primals, but a scant few characters will refer to them as “Eikons”. It seems the word was popular enough to bring over to Final Fantasy XVI.

In the world of XVI, Eikons appear to be used to fight wars. In the trailer, a voice is heard saying, “Sergeant, they’ve summoned their Eikon,” with “they” presumably referring to an enemy. We see a battle between recurring summons Shiva and Titan, resulting in brutal human casualties. Summoning seems to involve a person turning into an Eikon, instead of them appearing beside their summoner. This concept also exists in FFXIV, but the Final Fantasy XVI version looks to be a lot more painful. It’s currently unknown if Eikons are able to turn back into people, or if the transformation is permanent. 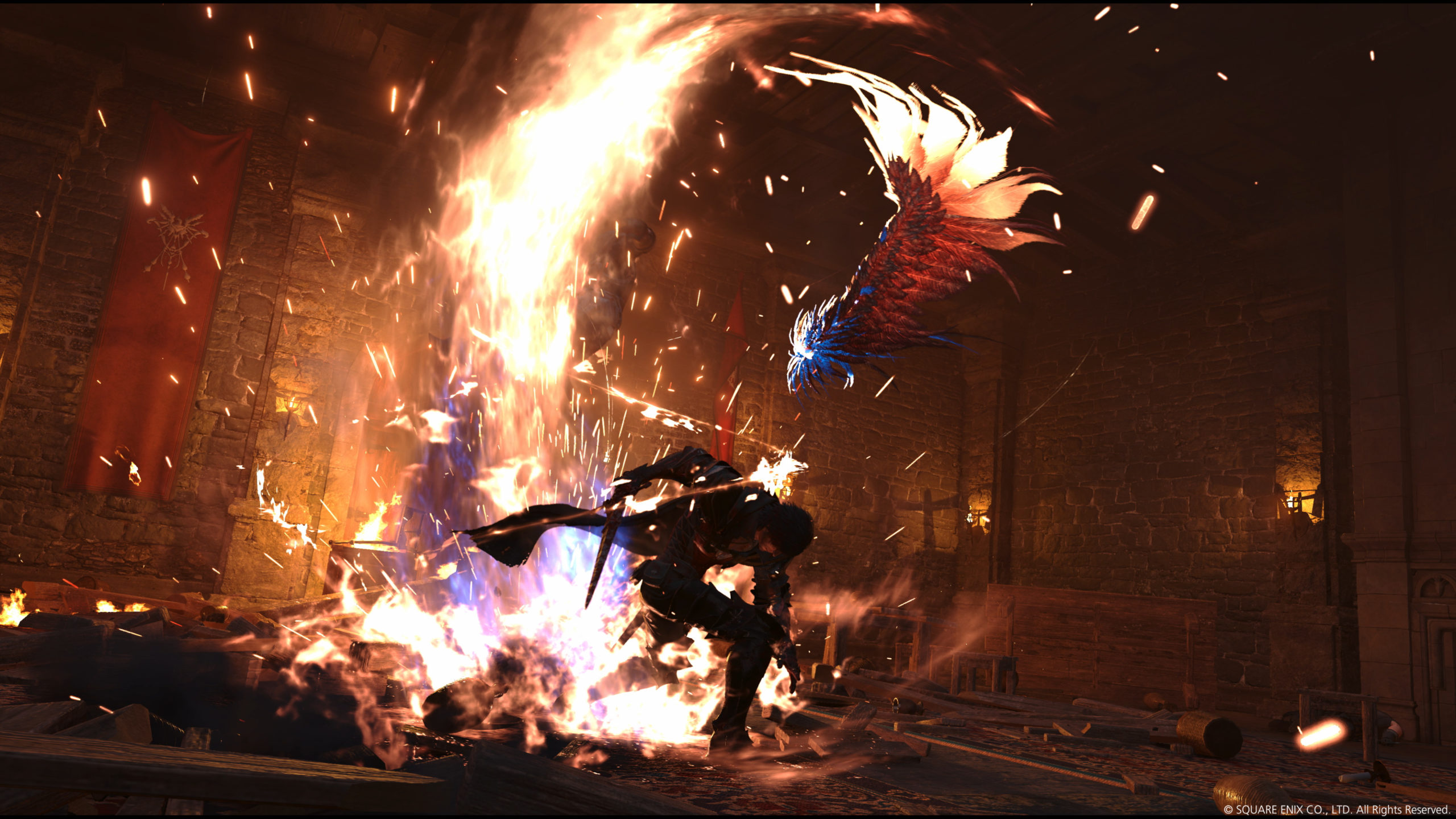 An Eikon’s element also seems to play a big role, with one character shocked to learn of “a second Eikon of fire” at the sight of Ifrit appearing in the middle of a skirmish to duke it out with Phoenix, both recurring fire-based summons in the series. The battle between them seems to be vital to the plot, considering it’s used as the game’s logo. And speaking of skirmishes, I think I was able to spot Eikons playing a role in gameplay. At certain points in the trailer, our as-of-yet-nameless hero can be seen conjuring a red wing during an attack, similar to Phoenix’s wings. He is also seen popping out some spectral fists that look a lot like Titan’s. Perhaps the Eikons you encounter will give you new abilities.

From the trailer, Final Fantasy XVI seems to follow in FFXV’s footsteps and be a full-fledged action RPG, leaving the turn-based combat to the spinoffs (and the hybrid combat to the remakes). The trailer shows lots of quick strikes and dodging, giving the impression that combat will be fast-paced. And according to Twitter murmurs, a designer for Dragon’s Dogma and Devil May Cry has been brought in as battle director.

Final Fantasy XVI has been revealed today and the action gameplay is showing the expertise of bringing Ryota Suzuki as a battle director. He was a designer on Devil May Cry 5 and Dragon's Dogma, on top of working at Capcom for two decades. https://t.co/oqKiBbSTJh

Looking at the trailer, comparisons could be drawn to his previous works. If this is another open-world game, Final Fantasy XVI could end up playing a lot like The Witcher 3, except all the characters are skinnier.

There’s only a handful of callbacks present in the trailer, which I think is a healthy amount of fan service. The trailer begins with a mournful rendition of The Final Fantasy Theme, which is usually a triumphant song reserved for the beginnings or ends of games. Then the trailer pivots to battles backed by an aggressive version of The Prelude, which was previously used to signify moments of peace and safety. These songs have been warped into sinister versions of themselves, which is a great way to highlight the tone of XVI. Even accounting for the spinoffs, this looks to be the darkest Final Fantasy yet. 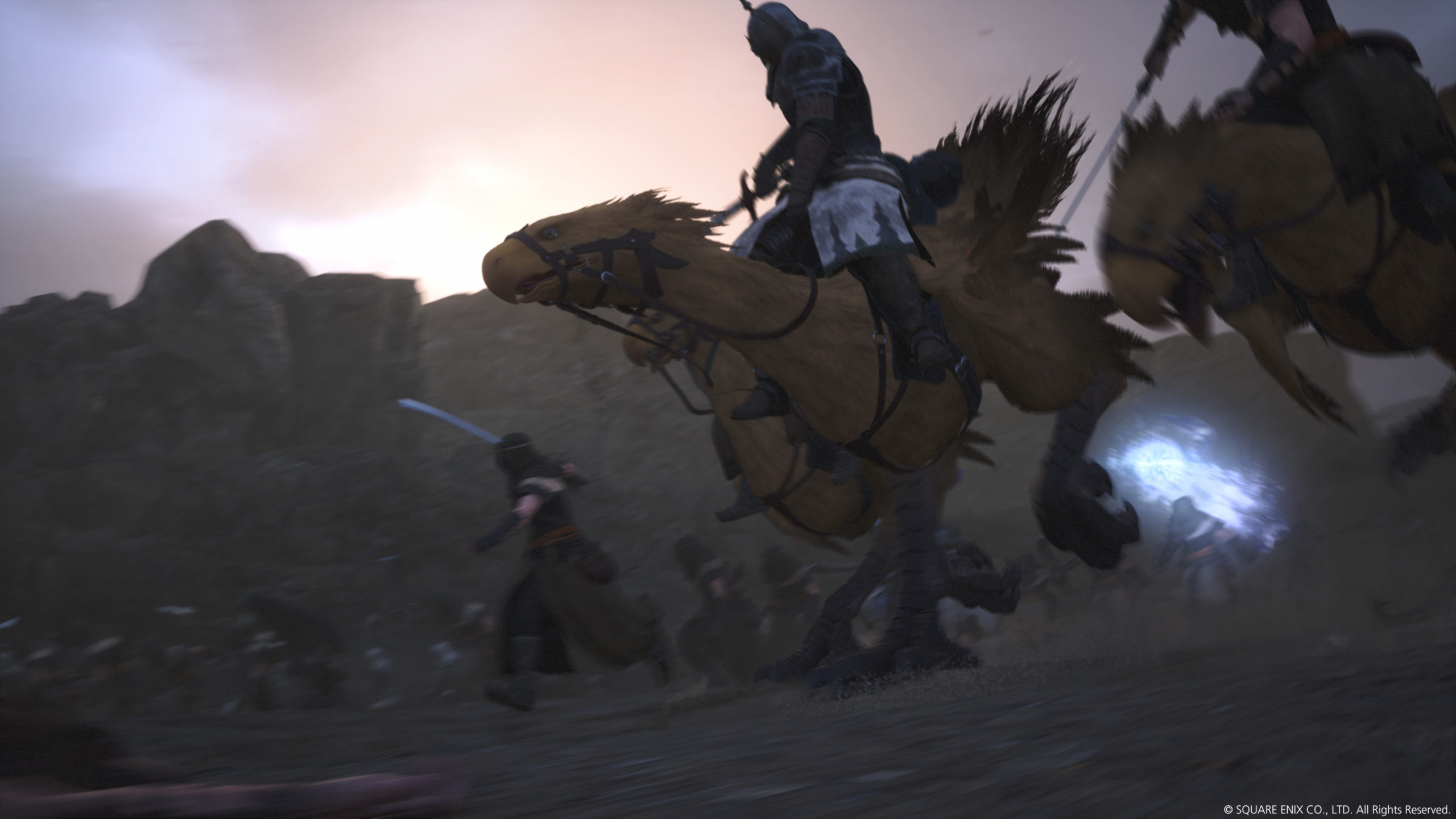 Several recurring creatures are also present in the trailer. Chocobos are big birds used that can be ridden like horses, and have been in every Final Fantasy since the second. A lot of yellow chocobos are ridden into a battle in the trailer, but the hero has a white one! He is also seen fighting a Malboro (a big creepy plant monster with poison breath) and a Coeurl (a big cat with electric tentacles). A Dragoon pops up at one point in the trailer as an enemy when they’ve historically served as party members.

While the return of all these elements (and I’m sure many more) is great news, there’s one big feature from previous games that Final Fantasy XVI is bringing back in a huge way.

A mainline Final Fantasy game will be set in a medieval fantasy world for the first time in 20 years. It’s astonishing. The last game to go medieval was FFIX, released in 2000. Since then we’ve had worlds with guns, magic guns, robot guns and petrol stations with little American Express stickers on the door. Final Fantasy XVI cuts through all of that and brings the series back to its roots. I was personally a fan of the non-traditional fantasy worlds in the series, but as always, I’m very excited to see what this new world will be like.

Blood! In a Final Fantasy game!

There’s a point in the trailer where a man is murdered and his blood is splashed across a little boy’s face. There’s a point where you can see the horror on a man’s face as he is crushed by a falling boulder, causing an explosion of blood. The narrator says “This will be a bitter fight.” over the image of children laughing, which does not bode well for the children. As I said, this is the darkest, most violent, most foreboding Final Fantasy has ever been. The series has never really attempted subject matter like this before, at least not since the series was 2D with a cartoonish art style, so I’m interested to see how it’s handled.

Crystals are good, or are they?

Every Final Fantasy game features crystals in some way. In the early games, large elemental crystals brought peace and prosperity to the realms, with villains attempting to destroy or corrupt them as part of their evil plans. FFXIII famously turned crystals into sentient overlords ruling over humanity. Final Fantasy XVI looks to bridge this gap by making crystals a necessary evil.

Early in the trailer a character refers to their enemy “not relinquishing their Mothercrystal easily”, implying that it’s something the characters need. It’s later established that the blessing of the Mothercrystal is required to protect them “from the spread of The Blight”, which may refer to some kind of disease.

But eventually the trailer shows the following words: “The Legacy of the Crystals has shaped our history for long enough.” From what it looks like, the hero grows to hate the crystals the older he gets. I wonder why.

The first line in the trailer is, “You all know the target. Shiva’s Dominant. And only the Dominant.” And I have been racking my brain since then to make any kind of grammatical sense of it. What does Dominant mean? Is it a noun or an adjective? You know it’s a new Final Fantasy when a bunch of words pop up that you’ve never heard before, or words you already knew used in a brand new way.

“It was the Dhalmeks who drove back the Crusaders in the Battle of the Twin Realms” was another sentence that made no sense to me. Who are either of those groups? Aren’t most battles fought between two realms? It’s all a mystery at present.

The hero describes himself as “Joshua’s Shield”, with “Shield” implied to be a proper noun. At a glance, this could mean something like bodyguard or defender. If that is the case, you can only guess what could happen to make him hate the crystals so much… 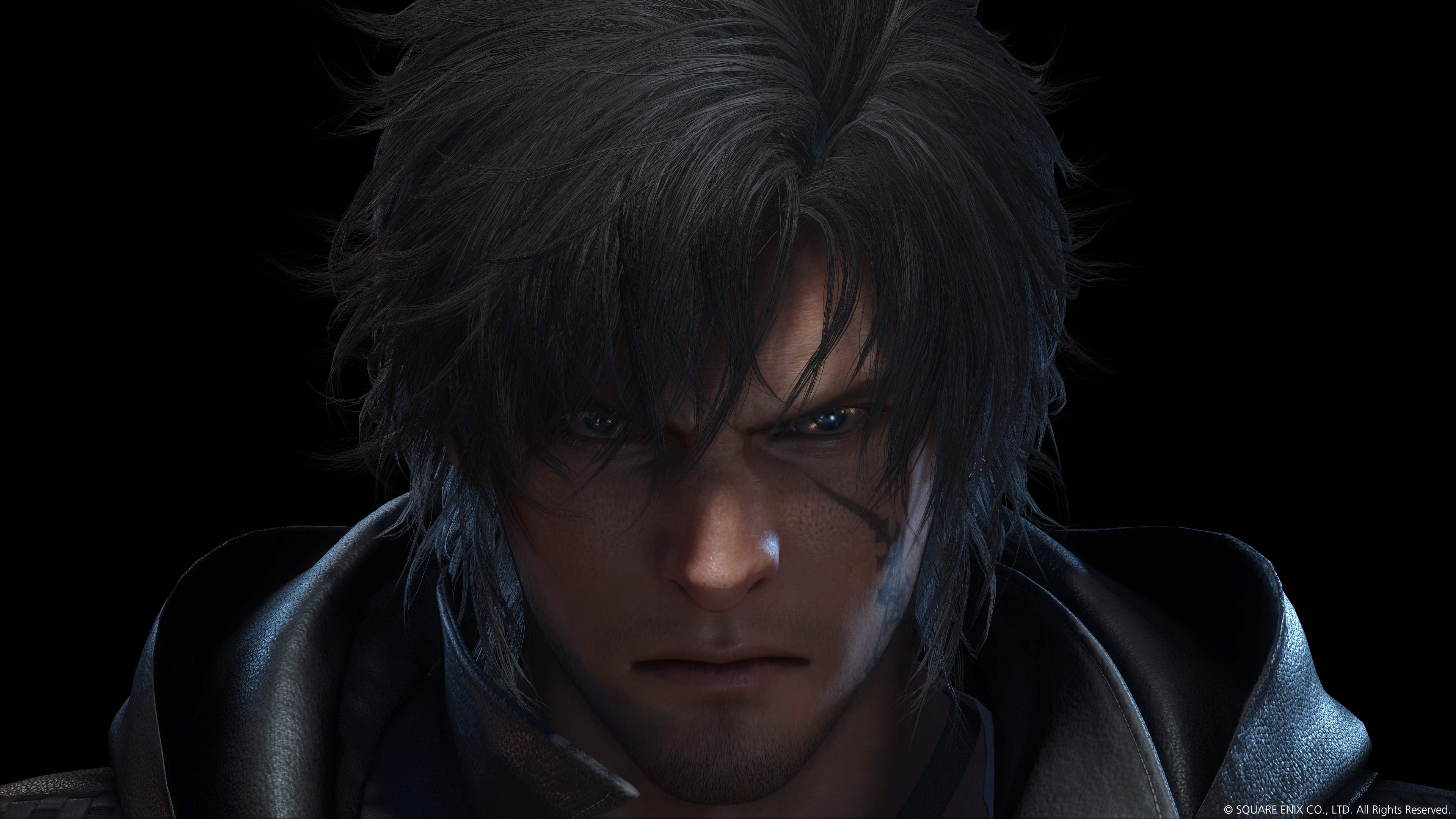 Final Fantasy XVI has made a cracking first impression. New Final Fantasies don’t come around very often, so I am very excited for what more Square Enix will reveal about the game. No release date was given, so that may mean we’ll be waiting a long time before getting a chance to play it.

Was there anything you noticed that this article missed? Are you excited for Final Fantasy XVI? Can you tell I am?