Among a host of announcements in today’s PS5 Showcase stream, which included the long-awaited release date and price of the next-gen console, we were also treated to a new trailer for the upcoming Resident Evil Village. We get a better look at the characters, more of the village itself, and someone new at the end who may be the weapons merchant from Resident Evil 4. Watch the trailer below:

There is a lot of stuff here that was already touched on in the game’s announcement trailer back in June, but it’s good to see it in a bit more detail. Chris Redfield, the protagonist of Resident Evil 1, is shown acting quite hostile to Ethan, our protagonist from Resident Evil 7. What exactly is going on between the two is still unknown, but we can assume we once again play as Ethan in this mysterious, creepy, cult-like village. The final figure in the trailer is completely new, and with his black coat and friendly yet businesslike demenour, he’s giving off serious weapons merchant vibes.

“The bell tolls for us all,” cackles a witchlike figure. “They’re coming again!”

Whether or not this line is referring to the freakish werewolf-looking zombie creatures shown in the trailer, or whether it’s referring to something even more sinister, is yet to be seen. Mia once again tells us the creepy fairy tale of a girl getting lost in the woods, this time with a different and unsettling art style. Exactly what Mia’s role in all this, and if she truly was killed by Chris as seen in the first trailer, also remains a mystery. It’s likely we’ll be kept guessing until the game is actually released, at a date in 2021 TBD. Resident Evil Village will be coming to PlayStation 5, Xbox Series X and PC. 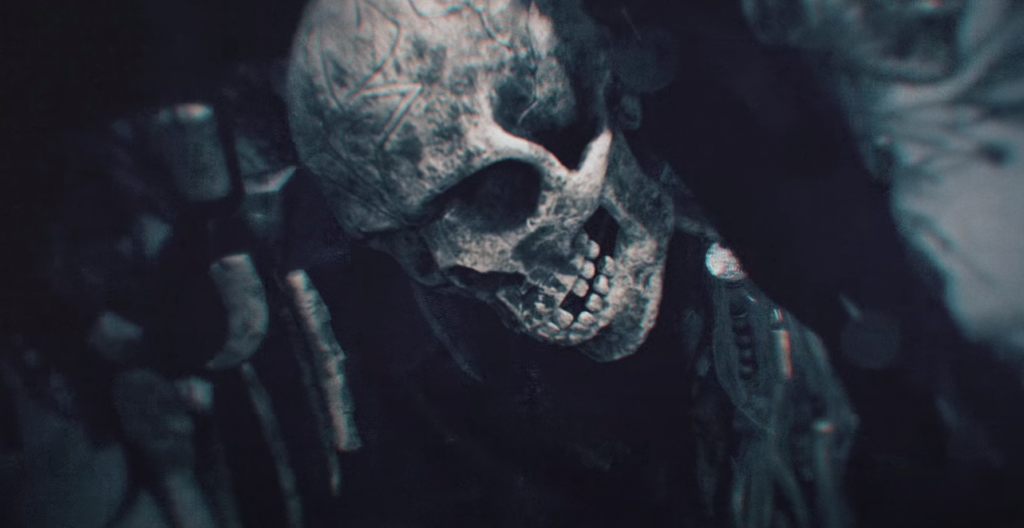