The Brotherhood of Steel returns in Fallout 76 Steel Dawn update

The iconic Brotherhood of Steel are heading to West Virginia in the upcoming Steel Dawn update for Fallout 76. The power-armour wearing techno-zealots were notably absent from the game up to this point, with only minor references to them scattered about. Steel Dawn features the Brotherhood of Steel marching in from California with the goal of rebuilding society with their advanced technology.

The teaser trailer shows the Brotherhood of Steel saving a character from a Super Mutant with their iconic energy weapons and power armour. We also see a group of Brotherhood members teaming up to take down a Super Mutant Behemoth. The trailer is presented like a recruitment advertisement, inviting players to join the Brotherhood and take back Appalachia.

“Paladin Leila Rahmani and her troops have arrived from California to establish a new Appalachian chapter,” reads the update’s official description. “Work with or against the other Factions to achieve success. Visit settlements populated with new NPCs and unlock powerful weapons and armour from the Brotherhood arsenal. Join in their mission to rebuild society and aid in securing valuable technology – but only you can determine how it will be used.” 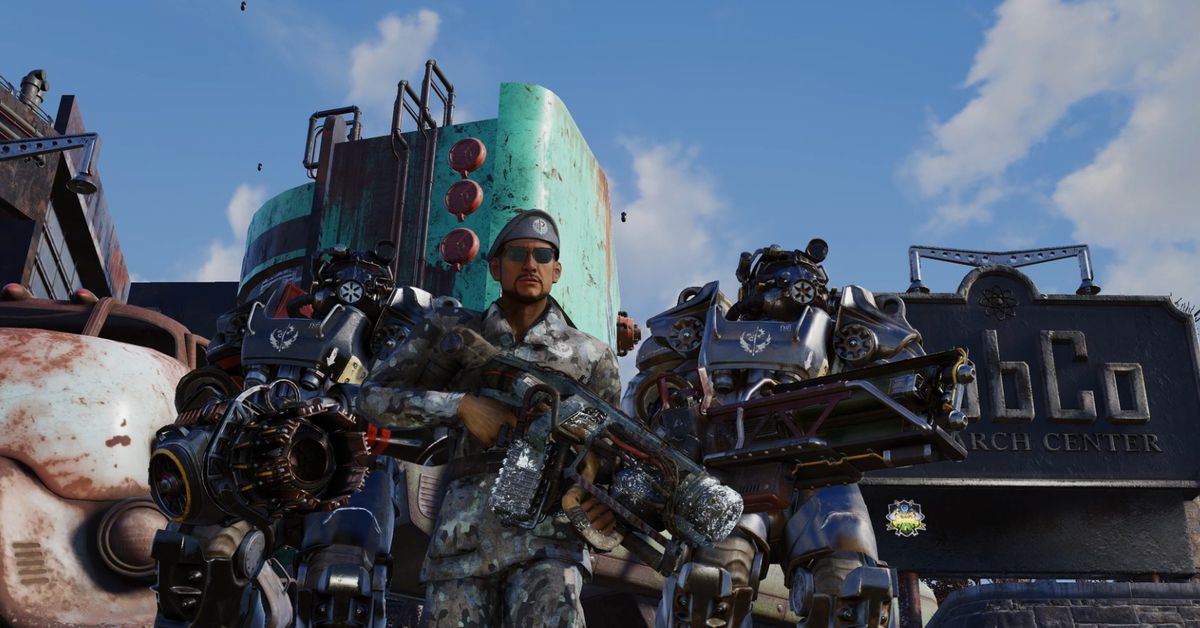 The addition of Brotherhood of Steel weapons, quests NPCs will be a great addition for fans of the Fallout franchise. Although the Brotherhood of Steel’s absence has been justified by the location and prequel nature of Fallout 76, it doesn’t quite feel like a Fallout game without them. The teaser is light on the exact details of the update, but it seems that there will be plenty of new items and locations. Bethesda has also announced that more Brotherhood of Steel content will be released periodically throughout 2021. Additional features such as C.A.M.P. Shelters and other gameplay improvements are also on their way.

No exact release date is confirmed, but a December 2020 release date has been announced. Fallout 76 players seemingly won’t have to wait long to hunt Super Mutants with the Brotherhood and bring back civilisation.