“Let me show you what you been missing” are strong, takeaway lines from virtual K-Pop band K/DA’s recent song DRUM GO DUM. They paint a bold picture that, if you haven’t gotten behind (or even heard of) the girl group made of League of Legends, you damn well should. Join this crazy hype train, go ALL OUT with K/DA.

K/DA started around 2018 when they released their surprise hit single POP/STARS. It took a lot of people by surprise. This kind of thing, a creation of virtual pop stars out of pre-existing video game characters, hadn’t really existed before. The closest we’ve had is vocaloid star Hatsune Miku. Even then, she was a star well before she saw her video game debut. K/DA, full of Riot Games’ League of Legends characters, blossomed from there. Other songs have released since, such as GIANTS and MORE, with the latter debuting just last week. Last year, the girl group even saw friendly competitors in True Damage, another K-pop group birthed from the MOBA game. Now, the group have released their debut EP ALL OUT and with it, they prove they mean business and are here to stay.

ALL OUT by K/DA feels like a final, perfected form of an already wonderful pop group

Already, THE BADDEST and MORE were two solid standalone singles that held up in their own right. With the two songs kicking off the 16 minute EP, they feel more complimentary than ever. The third song VILLAIN is lead by pre-existing vocalist Madison Beer. Joining in is trans pop star Kim Petras, which already is a wonderful decision. It truly is a solid and wonderful pop song, full of a killer hook and chorus that feels like a good mish-mash of the two singer’s own styles of music, all while being under the K/DA banner. Really, Kim Petras is a treasure and with all the troubled history Riot Games have as a studio, hiring a trans singer to work on their big EP feels like a good way to course correct.

DRUM GO DUM should really be the big and important hit to come out of ALL OUT. Complete with some killer lines and an addictive beat when the chorus hits, it plays like a good floor filler. Listening to the song as I write this I can’t help but have the urge to get up and shake my hips. As someone that’s absolutely clueless and almost adverse to the club scene, I want to see what this song can do to people in clubs. Hell, chuck it in the playlist at Queer clubs and I can envision it being an absolute hit.

On first listen, closer song I’LL SHOW YOU doesn’t feel as strong as the songs on ALL OUT prior. That’s largely only due to it’s more toned down nature. Purposed not as a song with high amplitude, further listens make it clear that this is their last triumphant cry to both their audience and naysayers. After all, this is a pop group (a music genre already rife with criticism) made up of video game characters. It shouldn’t work, and it’s easy to turn your nose up at the concept. Chorus lines “I’ll show you what I’m made of. Rise to the occasion. Got fears, but I face them,” reject this and demand your love. 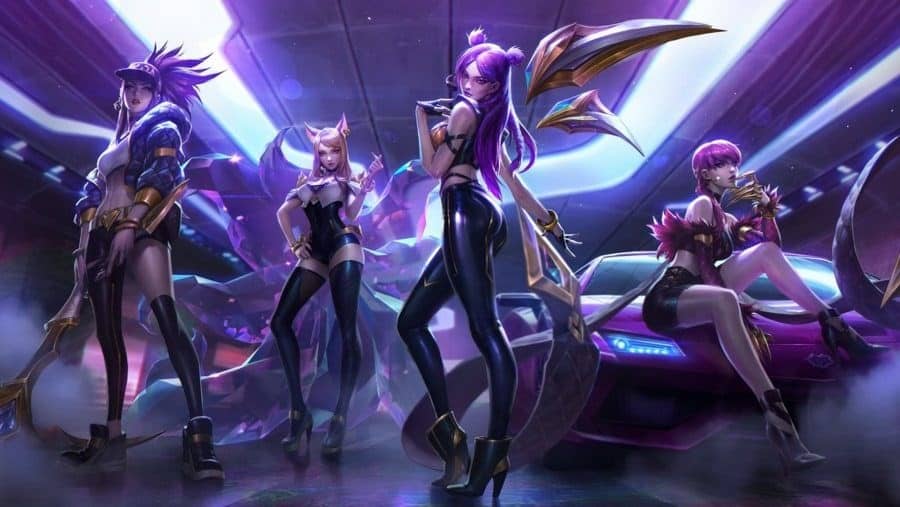 For all the criticisms that rightfully should be had about Riot Games, they deserve at least a good amount of credit for K/DA. Sure, at the end of the day, the group largely exists as a product to sell a product. However, it’s still something wonderful, creative, interesting and video game adjacent that we haven’t seen before. I’m no marketing expert but I can’t imagine the wonders this is doing for the already insanely successful developer. More so, they simply just made a genuinely good collection of pop music. That’s something they actually pulled off.

With a song of theirs making it into Rhythm game Beat Saber, additions of newer members and also featuring artists along the way, the group shows no means of slowing down. I don’t know where the girl group can go from here but the answer I can only assume is up. More than ever, they welcome more on their journey. I hope I can see some of you on it too.