Warframe is getting a serious upgrade on PS5

Warframe fans have a lot to look forward to; developer Digital Extremes has announced many improvements for the game’s upcoming PlayStation 5 port, making it one of the best incarnations of the game yet. The PS5 version will have improved performance and visual fidelity, as well as lighting improvements. It is one of the many games that are being seriously overhauled for the next console generation.

“With next-gen hardware and software possibilities, we aim to yet again work alongside our player community to constantly evolve and improve the experience to bring you the best in Warframe gameplay yet”, writes Dave Kudirka, Lead Producer at Digital Extremes. The developers have uploaded a comparison video demonstrating the improved visuals, performance and load times of Warframe between current- and next-gen consoles.

Warframe on PS5 promises 4K resolution at a smooth 60 frames-per-second performance. The loading times are also significantly reduced, with the video showing a level loading in just 11 seconds. Textures will be improved across the board, and it will feature “dynamic lighting that follows the natural direction and strength of any given light source in an environment.” PS4 players needn’t feel left behind, either; cross-play between PS4 and PS5 will be supported, and PS4 players can migrate their progress to the next-generation version.

Digital Extremes has also advised that the Dualsense controller’s unique Haptic Feedback and Adaptive Trigger features will enhance Warframe on the PS5. Using the Adaptive Triggers, the sensation of firing your guns will be the most immersive yet. The Haptic Feedback system is also set to make each biome feel tangibly different for players. “As we explore the more advanced Haptic technology, we’ll soon be able to generate vibration patterns that match in-game environments for greater immersion: feeling the cold snow crunch under your feet on Venus in contrast to the soft-footing of a dusty Mars settlement.” 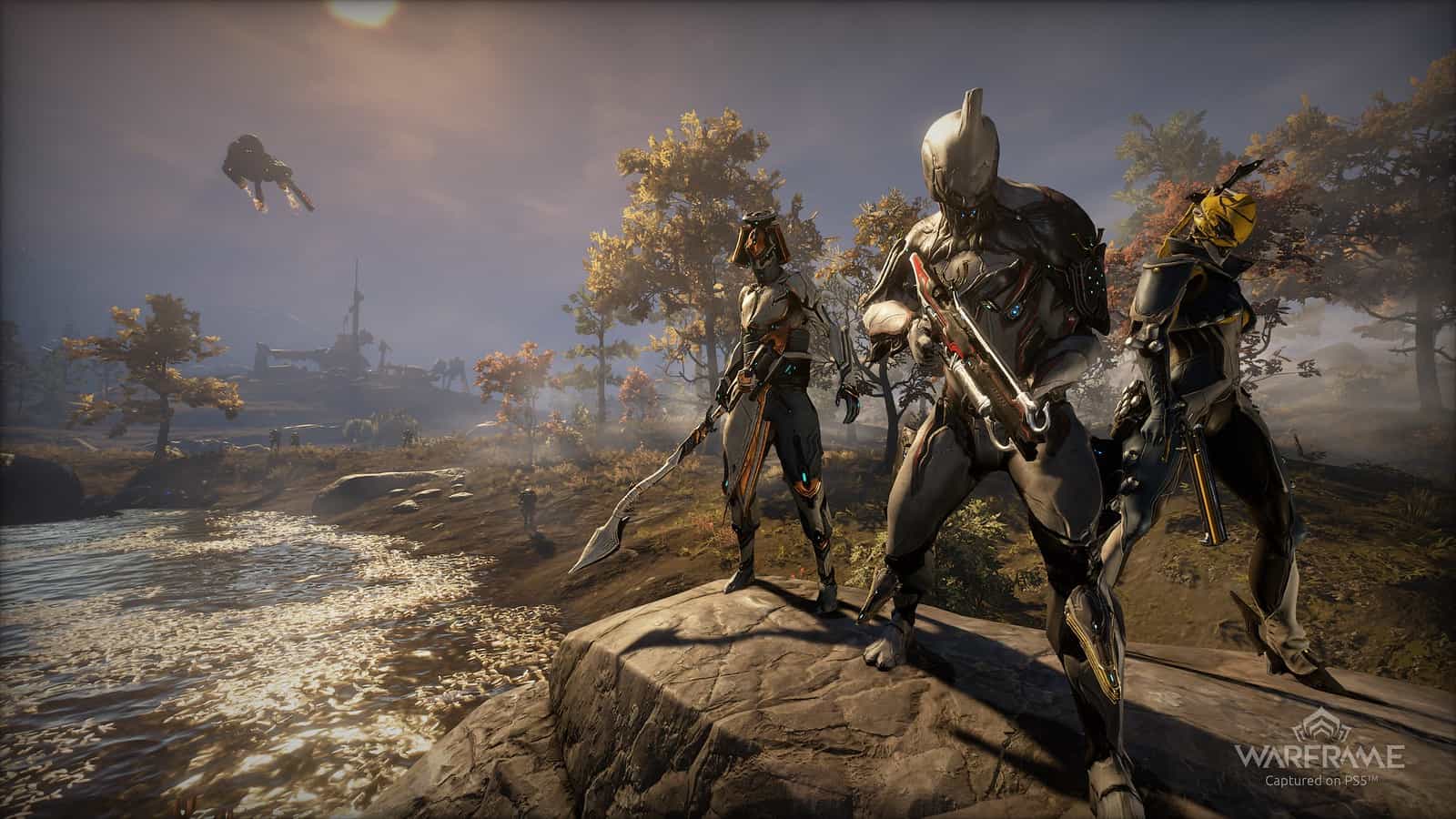 Warframe will release on PS5 this year, with a version on Xbox Series S/X to follow later down the track. Presumably, many of the visual and performance upgrades of the PS5 port will also apply to Microsoft’s next-gen consoles. It is great to see developers making the most of the potential of the next generation of consoles. Warframe has expanded a lot over the past seven years. It seems like Digital Extremes has no sign of stopping now with the next console generation.