Slightly over a month after release, Ubisoft has patched in experience-booster microtransactions for Assassin’s Creed Valhalla. For the price of $14.95 AUD, players can now permanently increase the rate that they earn experience in-game by 50%. This is tied to your account, and persists across all your save files for that game.

Ubisoft announced the rationale for patching in these new microtransactions post-launch in a statement to Game Informer. “As more and more post-launch content becomes available, we want to give the option to players to advance their progression,” the publisher states. “Utilities allow players who lack the time to fully explore the world of Assassin’s Creed Valhalla to be able to acquire the game’s best gear, as well as other items, by accelerating their progress. For instance, these players can purchase maps that uncover some interesting locations in the world, but would still have to visit and play them to get their rewards.”

Now, these microtransactions are still technically optional, and as a single-player game, players can play at their own pace without needing to compete with others. For people who don’t have much gaming time, $15 might be a fair price to speed up progression. However, considering the game has a pretty substantial amount of grind required to advance the main quest, this feels like selling a solution to a problem the developers created. In addition, it falls into the same insidious category of post-launch microtransactions as Crash Team Racing: Nitro-Fueled; by patching in a controversial mechanic several weeks after launch, it conveniently doesn’t show up in most reviews. 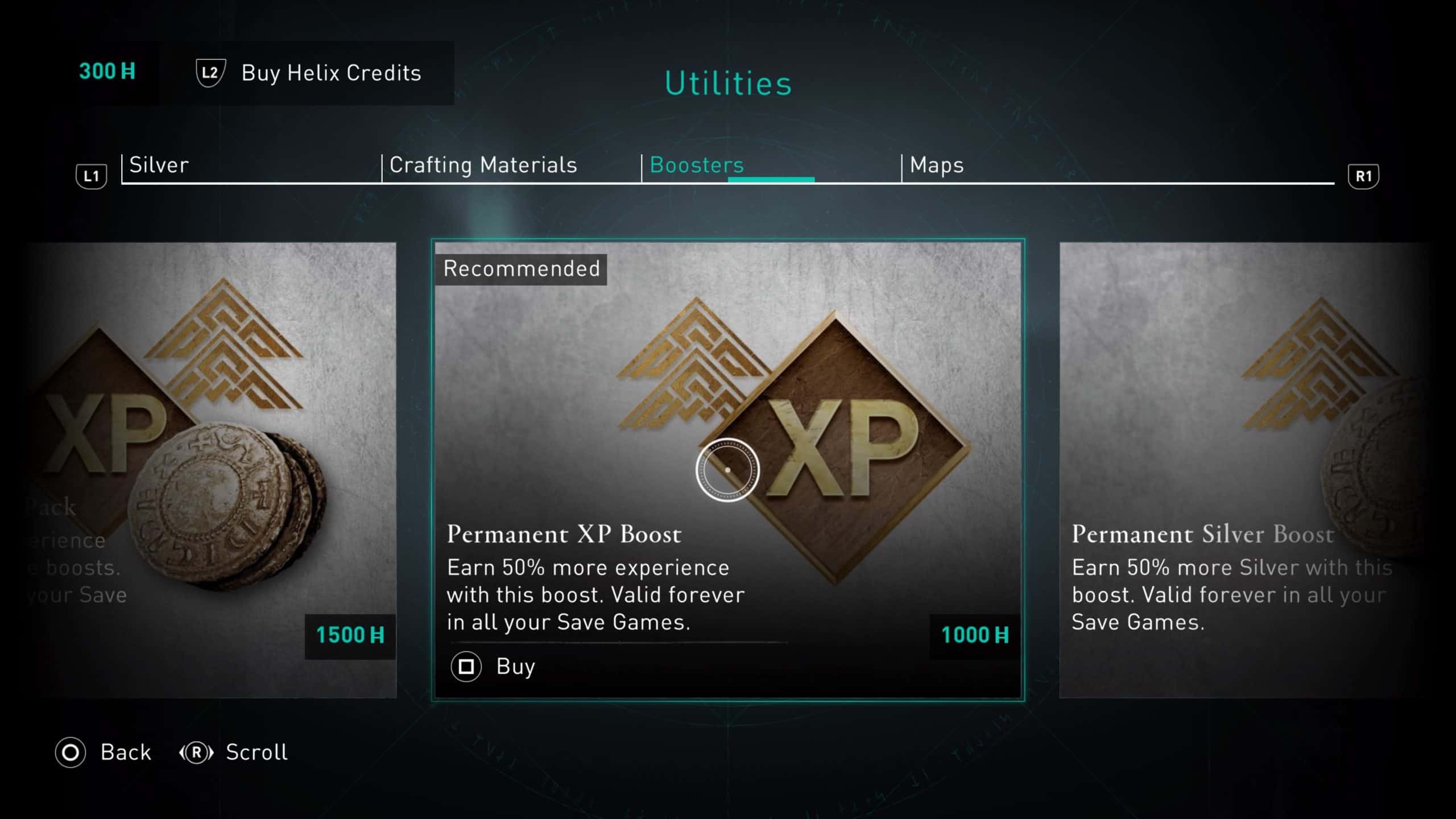 Mind, it makes business sense for Ubisoft to be pushing these microtransactions in Assassin’s Creed Valhalla. The company’s official financial reports confirm that 55% of all of its digital revenue comes from microtransactions, or “Player Recurring Investments”, as they call them. Ubisoft has clearly made the calculation that the benefits of introducing these mechanics outweigh the potential controversy. Ubisoft has advised that the rate of experience gain has not altered in light of the new experience boosters.

Players will have to make their own judgements about whether buying an experience booster is worthwhile. Assassin’s Creed Valhalla is a vast game, but still more streamlined and less reliant on grind than its predecessor, Assassin’s Creed Odyssey. Their implementation post-launch indicates that the developers knew it would not go down well in reviews.

If you are time-poor and want to raid your way through Assassin’s Creed Valhalla 50% faster, Ubisoft now has a solution for you.