DOOM Eternal is heading to the Switch, but with a catch

If you have already played through DOOM on the Nintendo Switch and have been itching to blast more demons in the face on the go, then you are in luck, as DOOM Eternal is set to come to Nintendo’s beloved console

DOOM Eternal has already released on every other current-gen console, even being included to Xbox Game Pass, and was met with overwhelmingly positive reviews. Essentially it took the gameplay and story from the 2016 DOOM reboot and dialed everything up to 11.

The catch here though – it will only be available digitally for the Switch. There will be no physical edition for DOOM Eternal this time around, instead, retailers will be selling digital codes for redemption, or you can purchase directly from the eShop. This may prove to be less than desirable for some of us who love to amass a huge collection of games to neatly (or in my case, neatly) nestle high atop an ever-growing stack of shelves. 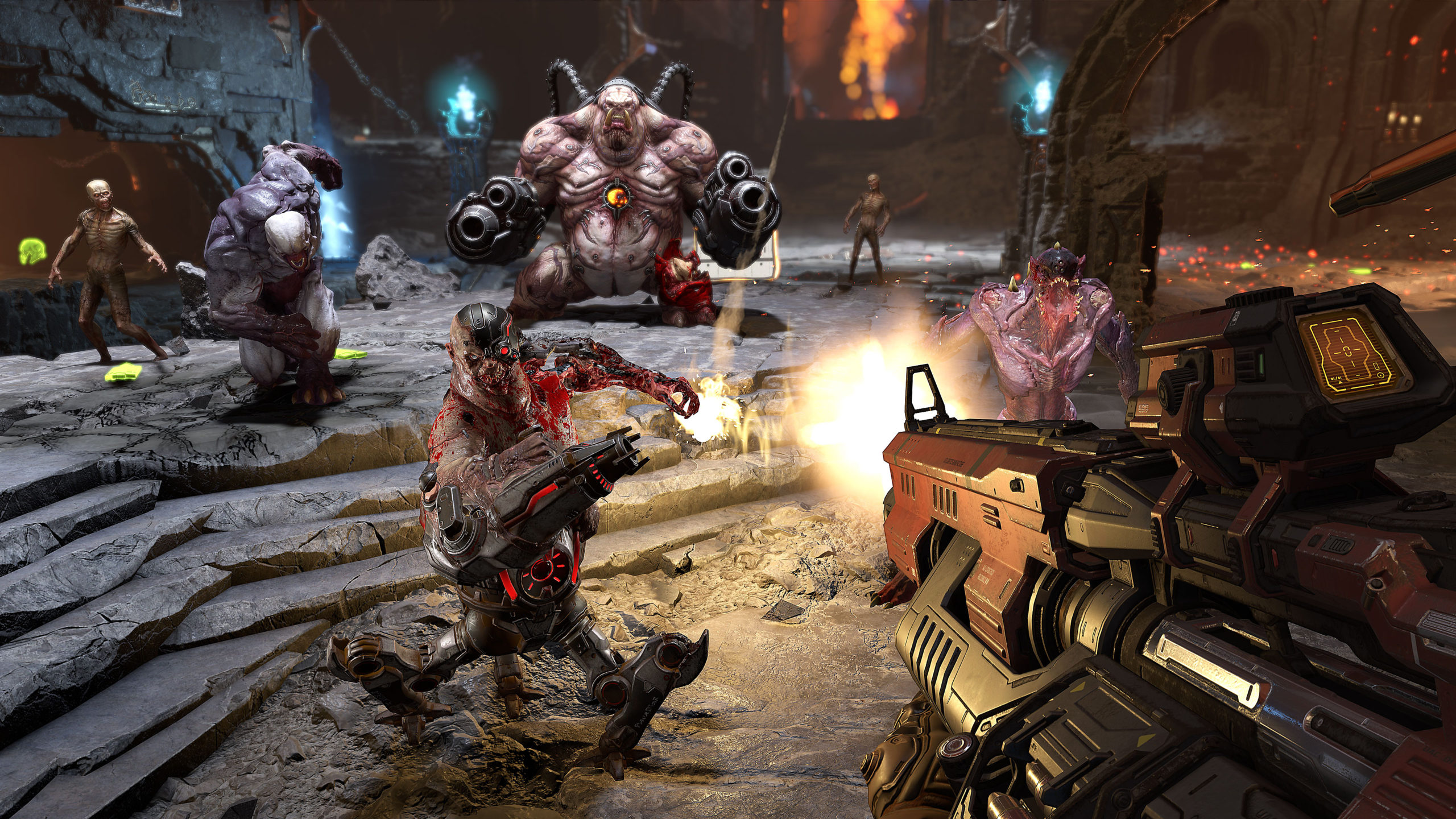 Bethesda has stated the game should take up about 18GB of storage, which isn’t all that much, and considering that Panic Button is once again handling the port, I don’t doubt that the experience will largely be the same apart from the expected graphical downgrade.

This will only include the base games single-player and multiplayer modes, with the recent Ancient Gods DLC set to come to the Switch sometime in 2021, Bethesda will announce a firm date later on.

DOOM Eternal will launch on the Nintendo Switch’s eShop December 8th this year, just in time for some Christmas fun.