Xbox Game Pass continues to be one of the best deals in gaming. Some phenomenal new additions entered Game Pass back in December and now a new string of games are about to release for PC, Xbox consoles and Android once again. This news comes directly from the source themselves who are advertising 9 games joining the Game Pass family.

Some of the games are quite large releases that we know a lot of people will be excited for. Control is finally making its way to PC on January 21st after being available on consoles for Xbox Game Pass previously and the Yakuza Remastered Collection that includes Yakuza Remastered 3, 4 and 5 will all be releasing across PC, consoles and Android on January 28. 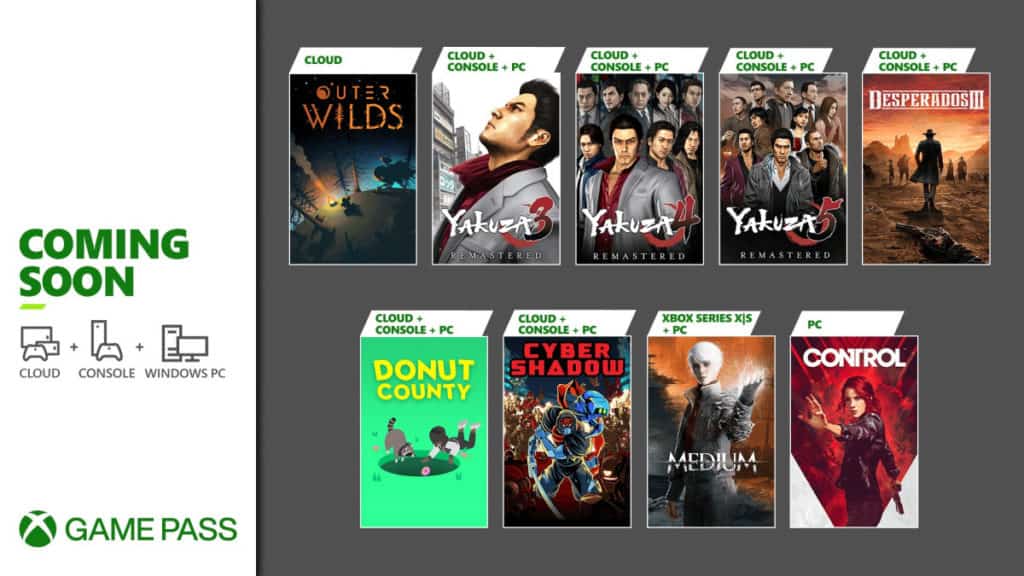 Last year’s Desperados III is another exciting release that is well worth your time. The game arrives January 21st across PC, console and Android. I also have a personal fondness for Donut County which will become available across PC, console and Android on the same day. Although possibly the most exciting releases, at least for me, will be Cyber Shadow and The Medium. These are two brand new games that will available on Xbox Game Pass day one. Both look really interesting and I can’t wait to check them out! We’ll provide a full list of Game Pass January releases below.

In Case You Missed It