There is no disputing that one of the most iconic games of the ’90s was Goldeneye 007 for the Nintendo 64. Providing countless gamers with hours of single player and multiplayer fun, I even have very fond memories of long nights spent playing as Bond with my siblings as a kid. Now, the cancelled remake has leaked online in a playable state.

The was a remake in development for the Xbox 360, but this was ultimately scrapped due to some rights issues at the time, so the game was shelved. Despite being canned, the game was in a virtually completed state by that point in time. However, gamers are very resourceful and it seems that a build of this game has leaked to the internet, with a fully playable version accessible on PC.

The leaked ROM is said to include the single-player experience only, with no mention of the multi-player aspect being a functional part of the leak. The graphics are noticeably improved from the original ’97 release, although reports state the sound effects remain as they were in the original. 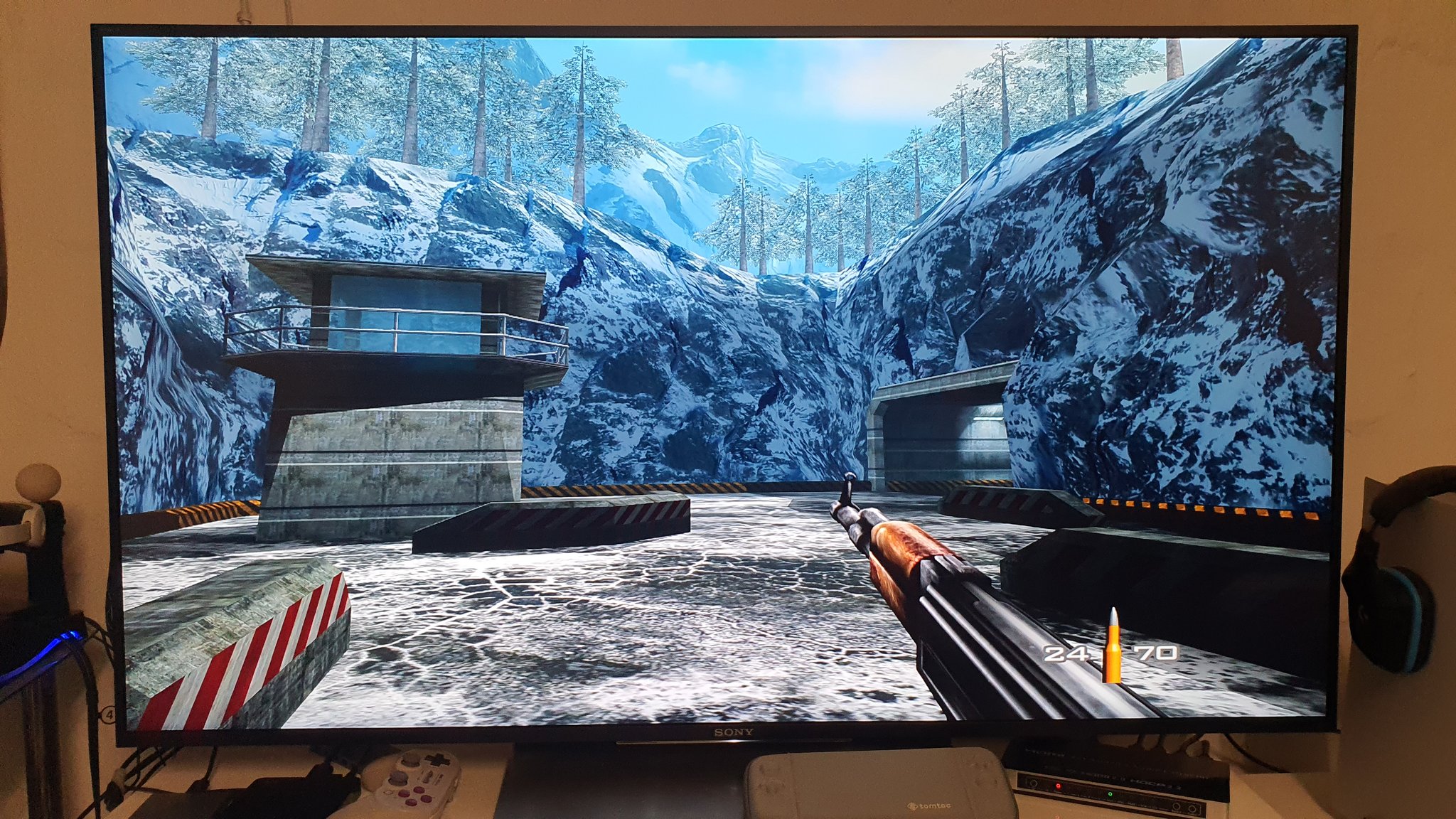 The game offers you the ability to switch between the remastered graphics and the original N64 graphics on the fly, very reminiscent of the feature that was included with Halo: The Master Chief Collection. The single player campaign seems to have held up very well over time, and it would be interesting to revisit this classic again in some form.

There was also a fan-made project in development, Goldeneye 25, that due to being issued with a cease and desist letter was also canned. Unfortunately for fans of the game, it seems that this is somewhat a doomed project, with any new iterations always running into issues preventing them from being released fully.

Don’t hold out hopes for an official future release either, as Phil Spencer stated in 2015 that due to the number of parties involved it is unlikely the title will ever be revisited again. His response to a Tweet mentioned, “GoldenEye 007 rights are so challenging, looked at this many times. Lot’s of different parties to work with, we’ve always given up.”

Keep in mind that this leak is not official, so if you want to check it out for yourself you will need to do some digging around online.