BlizzConline 2021 brings plenty of news across all Blizzard games and properties, including their flagship e-card game. Hearthstone will receive the huge Forged in the Barrens expansion and enter a new annual season called Year of the Gryphon.

One of the new features the DLC introduces is the keyword Frenzy. Monsters, minions, magic, and machinery within the Barrens “can turn any upstart axe flinger into a champion of the Horde”. Cards with the Frenzy keyword activate a powerful effect the first time they receive damage.

New features also include Ranked Spells. All 10 classes in Hearthstone and a part of the Forged in Barrens expansion will have access to the Ranked Spells, growing in power as players achieve five or ten Mana Crystals, no matter where in the deck they are.

One of the biggest changes the expansion brings is Spell Schools. These are permanent additions to Hearthstone, which add synergies to cards. Spells in Standard and Wild will have a tag from one of seven different schools: Arcane, Fel, Fire, Frost, Holy, Nature, and Shadow. 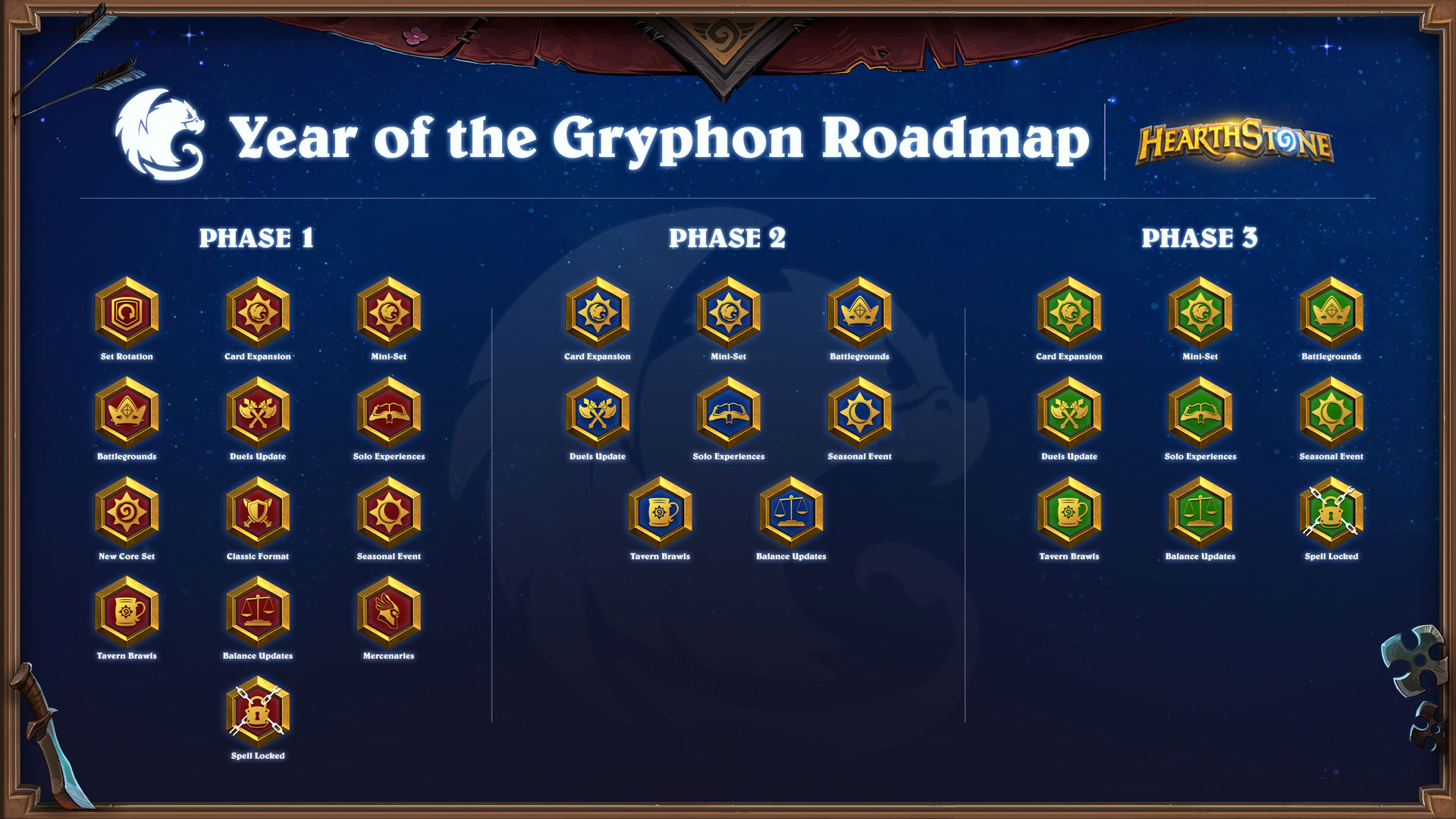 As apart of the new annual season Year of the Gryphon, Hearthstone will be returning to its roots. The game will include the Classic format with the 20.0 patch, where players can play as the game was when it launched in 2014. All 240 original cards are playable in the Classic format, with all balance changes since then reverted. The Year of the Gryphon has a scheduled content release plan with heaps more coming throughout the year.

How all these changes will impact the popular competitive Hearthstone scene is still unknown. Much of the community is buzzing about these announcements, debating on the huge changes with Ranked Spells and Spell Schools. Only time will tell…