Dead by Daylight fans are unbelievably thirsty over new killer

Proving once again that the internet and gaming fans know no chill, Dead by Daylight fans are going hog wild over the hotly announced killer. A K-Pop killer (yes, you read that right) by the name of The Trickster has been announced to be joining the asymmetric multiplayer horror game this month. Joining them is a survivor by the name of Yun-jin. The pair will make up the upcoming DLC pack titled All-Kill.

IGN reports that developer Behaviour Interactive collaborated with two parties to make this special release happen: Kevin Woo of U-KISS band and DJ Swivel, a Grammy Award-winning producer that’s worked with iconic groups such as BTS. This was done so in order to achieve ‘K-Pop accuracy.’ 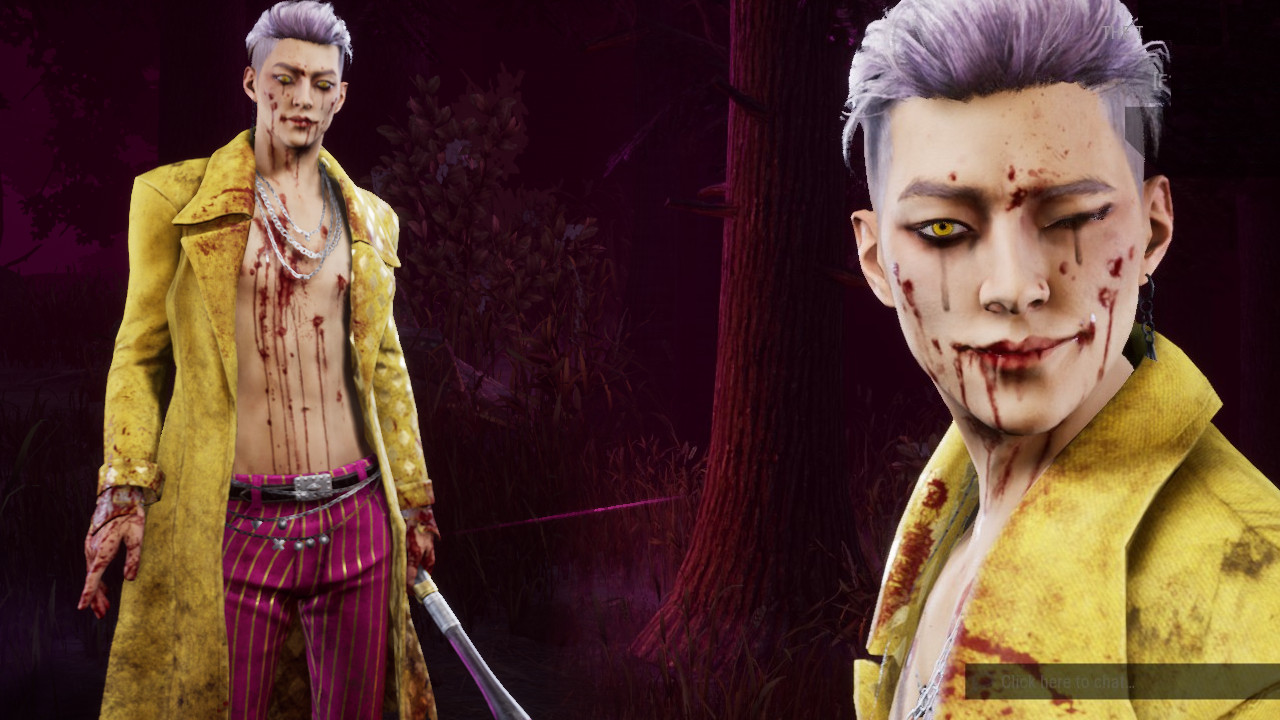 The Trickster sports quite an interesting design. Sporting a large open yellow coat, the villain’s chest is bare with fashionable striped pink pants. In true K-pop fashion, the killer wears eyeliner while having slicked back, pastel purple-dyed hair. Their look is completed with a devilish smile and a bat that is fashioned to act like an axe. It’s no coincidence that they’re designed to look like a Joker-esque type. Knowing the history of the internet, it’s no surprise fans have become as wild over him.

The new update’s lore is also detailed in IGN’s report:

“Yun-Jin was rejected as an idol trainee and instead joined the fictional Mightee One company as an intern and later became the label’s biggest hit-maker, though she was never able to take credit for her hits. Looking to turn her new group NO SPIN into stars, she recruited Ji-Woon as its newest member,” IGN says. “When the rest of the band died in the fire accident, Yun-Jin rebranded Ji-Woon as a solo act called The Trickster. Unfortunately for her, Ji-Woon’s violent tendencies would take him from being a K-Pop star into a killer for The Fog.”