The next string of Xbox Game Pass games have been revealed with a bunch of big and fun releases set to hit the subscription platform in the coming weeks. Microsoft announced the games as well as an expansion on their Touch Control initiative for Cloud Gaming. You can read it all here. 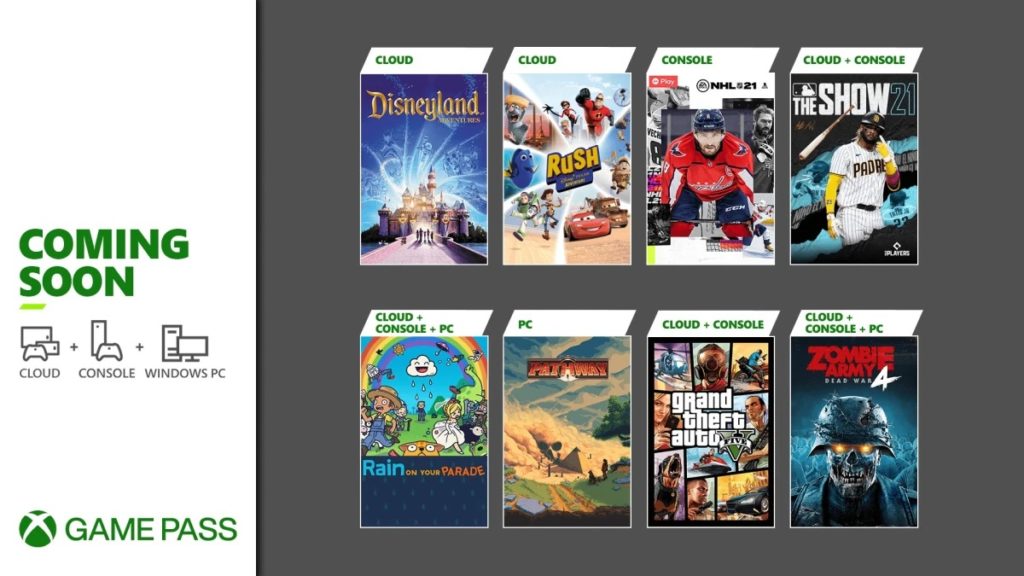 Of particular note for me is MLB The Show 21 and Rain on Your Parade, two games that will be launching this month and available almost instantly on Game Pass. It’s always super exciting to check out brand new releases on a service like this and I can guarantee you I’ll be causing some chaos as a sentient raincloud. NHL 21 and Zombie Army 4: Dead War are a couple of the other more noteworthy inclusions with Grand Theft Auto V being the biggest name of the batch. If you still haven’t played GTAV yet this may be your perfect opportunity.

Interestingly it sounds as though Microsoft’s Touch Control initiative for Cloud Gaming that started with Minecraft Dungeons late last year will be getting a sizable expansion. In fact 50+ touch-enabled games are coming to Xbox Cloud Gaming that includes Sea of Thieves, Gears 5, Dragon Quest XI: Echoes of an Elusive Age and Slay the Spire. As for the games leaving the service this month it’ll be some Madden and NHL titles on April 16 as part of EA Play for console as well as Deliver Us the Moon, Gato Roboto and Wargroove on April 15 for console and PC.

What new Game Pass Games do you plan to get when they release?