Following an Open Technical Alpha phase, the upcoming Diablo Immortal is now being tested in a second Closed Alpha with some impressive new additions.

A limited number of Android users, press, and content creators in Australia and New Zealand are really pushing this unlikely mobile action RPG to its limits. Blizzard developers are asking for detailed feedback during the period to help refine the game and some of its new content.

In this test, a brand-new endgame system is on trial. The Cycle of Strife is a faction-based activity that pits players against Shadows or Immortals, through various PvP and PvE objectives. Players can run these to continue to get bigger and better loot, but also make a name for themselves on the leaderboards.

The Shadows are made up of Dark Houses, groups that challenge the rivals through raids. They can complete contracts to grow the Dark Houses, and when strong enough, take on the Immortals. The Immortals are elite defenders against the Burning Hells, fighting to grow their dominance over The Shadows. Only one Immortal will earn the right to lead them, with four Lieutenants beneath them to govern.

The Cycle of Strife is a fascinating concept to see in a mobile game. It certainly draws from the old battle between Horde and Alliance of World of Warcraft but with a fascinating Diablo twist. As of right now, the feature is obviously being tested with a tiny sample size, so it will be interesting to see how these factions and leaders work on full release.

Battleground, 8v8 player battles, are another way for testers to put their gear to the test. In a more straightforward PvP combat, two groups will attempt to attack or defend. While there have been some latency and balance issues, the majority of matches are surprisingly fun. However, Battlegrounds currently doesn’t have established skill brackets which it desperately needs to remain fair for a range of new adventurers and worn veterans. 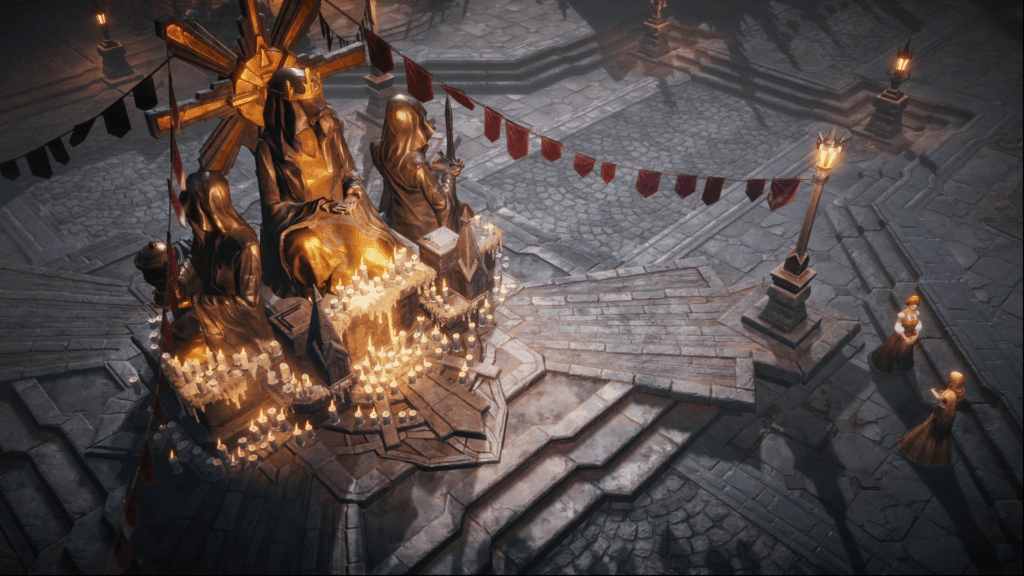 As tests continue, tweaks are made, and fans await eagerly to get access to the game. Many people who have participated in this second Diablo Immortal Closed Alpha think the game may be close to completion. In a Reddit poll, a majority of uses believe Diablo Immortal is about 70 per cent complete.

At this moment, Diablo Immortal is capturing the all-so-satisfying gameplay of Diablo 3 in a compact, always-online format. It’s sort of nice seeing other adventurers running around, completing quests, doing daily objectives, and occasionally antagonising each other in combat.

Glaring issues surrounding the perfect user interface on mobile for such an ability heavy game is ongoing, as are network issues, optimisation across all Android devices, and some balancing. If I was to personally make a change, I’d add in the choice to skip the 10-15 minute tutorial quests and jump straight into the lootin’.

Again, it’s good to see what was initially a terribly received announcement of a mobile project has flourished and found a following. We’ll be waiting intently for more updates, more news, and more Diablo Immortal in the near future.