The Sega Master System is getting some long-overdue love in Ryo Ga Gotoku’s upcoming Lost Judgement, which is set to feature a playable Master System. The inclusion of this classic console was spied in a gameplay video back in June which featured eight minutes of new gameplay footage. RGG Studio has now confirmed that there are eight playable titles. It turns out Lost Judgement protagonist Takayuki Yagami has some serious taste for retro gaming and has one set up in his office.

The inclusion of side games and classic Sega titles is a bit of a hallmark of the Yakuza and Judgement series. Prior titles have featured well-stocked arcades and the likes of Virtua Fighter 2, Fighting Vipers and Outrun et al. It had already been announced that Sonic the Fighters would be playable in the upcoming Lost Judgement as part of Sonic’s 30th Anniversary celebrations. But this is the first time in the series where a console is set up for play.

Here are the 8 SEGA Master System games playable in Lost Judgment! Which of these classic gems will you dive into first?

The Sega Master System has been somewhat the victim of revisionist history with the general narrative being that it was thoroughly outclassed by Nintendo’s NES back in the day. Whilst true in the USA and Japan, in Europe and down here in Australia, it was more than a match for the big N with its superior graphics and sound. It featured a great library of games and was actually more popular than the NES in some markets. I remember everyone having one.

In fact, in Brazil, it is still in production and popular today selling a few hundred thousand consoles each year rivalling that of even the PS4 in that part of the world. It truly is a special machine. That aside though, the collection here is fairly decent featuring Alex Kidd in Miracle World among other titles. Some Shinobi or Wonder Boy would have been welcome additions, but a port of Michael Jackson’s Moonwalker would have been a big ask. 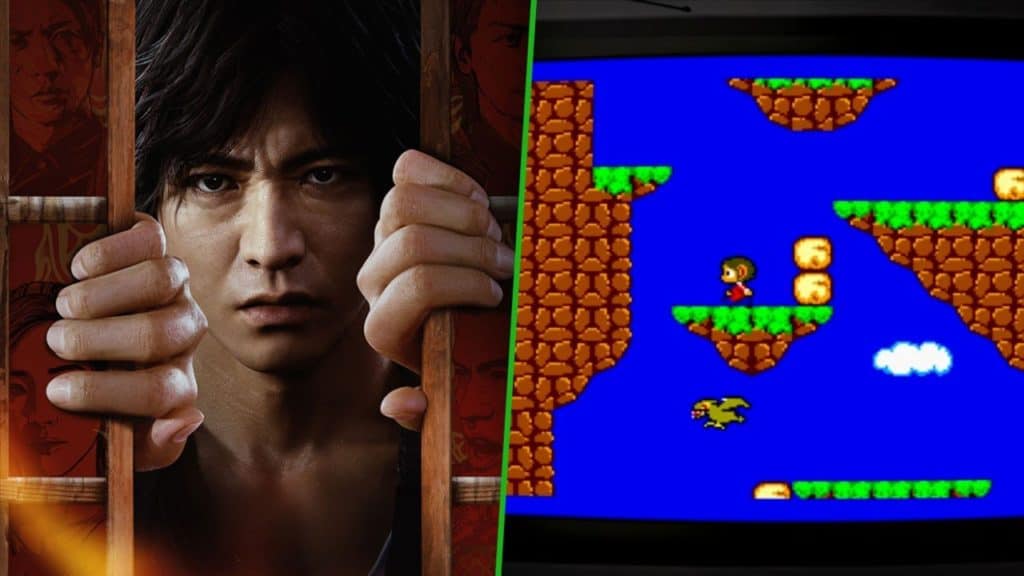 Whilst the inclusion of the Master System is a nice little touch, it is of course a side dish to the main course which is Lost Judgement which is set to arrive 24 September across the PlayStation and Xbox family of consoles. Hopes are high for this one, with studio boss and Sega creative director Toshihiro Nagoshi stating he is confident that they have created a game unlike anything seen before during a presentation in June. I can’t wait.