2K has revealed the soundtrack we will be dunking to in NBA 2K22, along with a new approach to its in-game soundtrack that includes an all-new integration with Seasons.

Players will be able to discover music through “First Fridays,” where new songs will be added to the soundtrack on the first Friday of every new Season. It’s been noted that each update will feature “a mix of high-profile and up-and-coming artists to support music discovery and growth within NBA 2K22“. 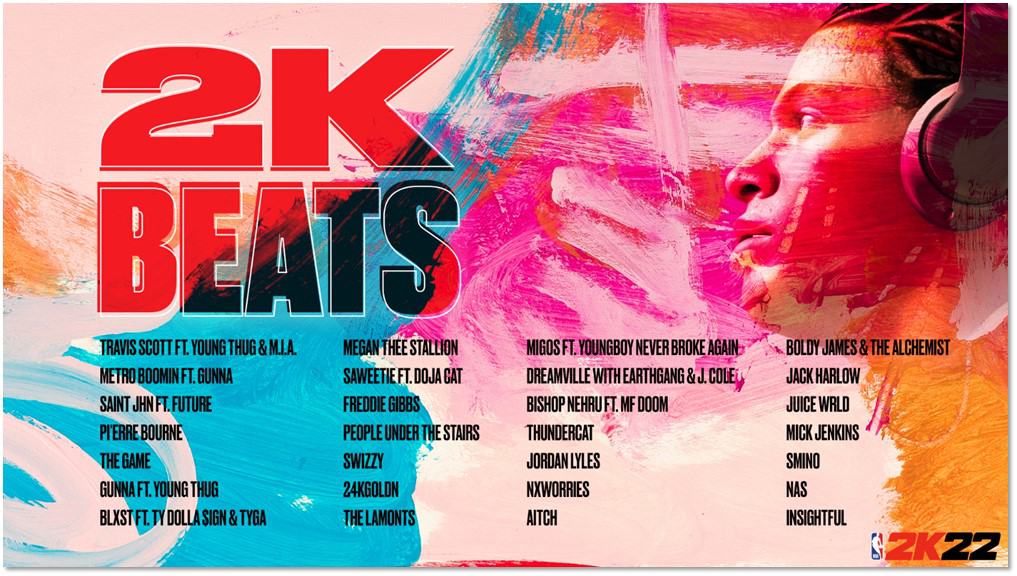 “We’ve built NBA 2K to be one of the gold standards for video game soundtracks,” said David Kelley, Senior Manager, Partnerships & Licensing at 2K. “This year, the opportunity to evolve the experience for players by creating moments where we can debut and share incredible new music is another step toward how we are bringing together the real-world of basketball culture with our game through music, not only through well-known artists, but also providing our players an opportunity to get in the game and showcase their own talents.”

Starting September 10, players can experience all the music available in-game at launch and beyond on the official NBA 2K22 playlist; check out the 2K Beats official site for more information.

NBA 2K22 is set to launch on September 10 for PS4, PS5, Xbox One, Xbox Series X|S, Switch and PC, and players can experience all of the music via the official NBA 2K22 playlist.