Someone from New Zealand remastered The Simpsons: Hit and Run

Reuben “reubs” Ward, a developer and Unreal Engine C++ teacher, has remastered The Simpsons: Hit and Run using Unreal. Shown off in a short YouTube video, Reuben walks through how they reverse-engineered and remade the first mission of the nostalgic open-world game.

Reuben says in the video the remaster took just one week, primarily on their own and hiring an animator to provide the assets for the Homer character model. The video shows how Reuben remade the map by extracting old files, updated low-res textures using AI tools, added in new models, created the missions and added the classic Simpsons family car.

The Simpsons: Hit and Run is an open-world, Grand Theft Auto parody set within The Simpsons universe. Springfield became many of our playgrounds back in 2003 when it was first released; driving recklessly around the Kwik-E-Mart, running over Ralph Wiggum, and kicking over many other popular characters from the long-running animated TV show.

Originally developed by Radical Entertainment and published by Vivendi Universal Games, there hasn’t been any news about an official remaster or sequel. Unlikely to happen due to the complexity of licensing a property like The Simpsons again, Reuben takes matters into their own hands with this fan-made demo. 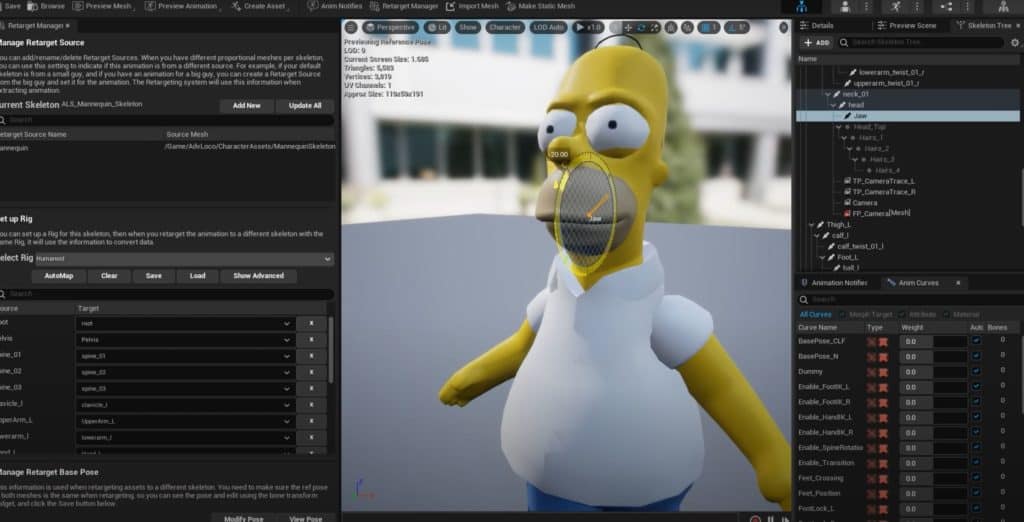 Funny enough, we did see another fan-made project not long ago. Just last year, developer Aaron Demeter made Lee Carvallo’s Putting Challenge as an in-browser game. With all this Buzz Cola, maybe we’ll see a new The Simpsons game soon?

As of right now, a link to the Unreal demo has been removed from Reuben’s video due to copyright concerns. For now, we can all enjoy watching this mastermind developer from New Zealand turn our nostalgic memories of Evil Homer into a crisp, RTX running adventure.

Reuben has an Unreal Engine C++ Survival Game Course which teaches everything you need to know to make similar demos. Open world levels, inventory systems, modular clothing, loot drops, and server matchmaking. If you’re interested in learning, show some support to this local developer from across the pond and try their course.