Gamescom’s opening night brought awesome gaming news, but the nostalgic kid in me was most excited about Teenage Mutant Ninja Turtles: Shredder’s Revenge news. Sadly, a solid release date wasn’t announced, but the reveal of the game’s new playable character was just as exciting.

April O’Neil herself will finally kick butt alongside her turtle pals! This really is a sign of the times, as when I was a kid watching the Turtles back in the 90s, April was extremely intelligent and street smart, but the Turtles always saved her; she never ran alongside them. As you can see from the clip above, April’s physical talents are just as strong as the four Turtles themselves.

Announced in March this year, the game is a side-scrolling beat em’ up with an old school pixelated art style. It’s also a 4-player co-op, so you and three mates can smash Shredder, BeBop, Brain, and all those purple masked foot soldiers to smithereens! What I love even more about this game is that it is reminiscent of the old 80s/90s cartoon that I grew up with (yeah, I know I’m showing my age!) There was also an arcade game out around then that looked very similar to what I’ve seen so far of Shredder’s Revenge. So yeah, this 90s kid is excited for this one! 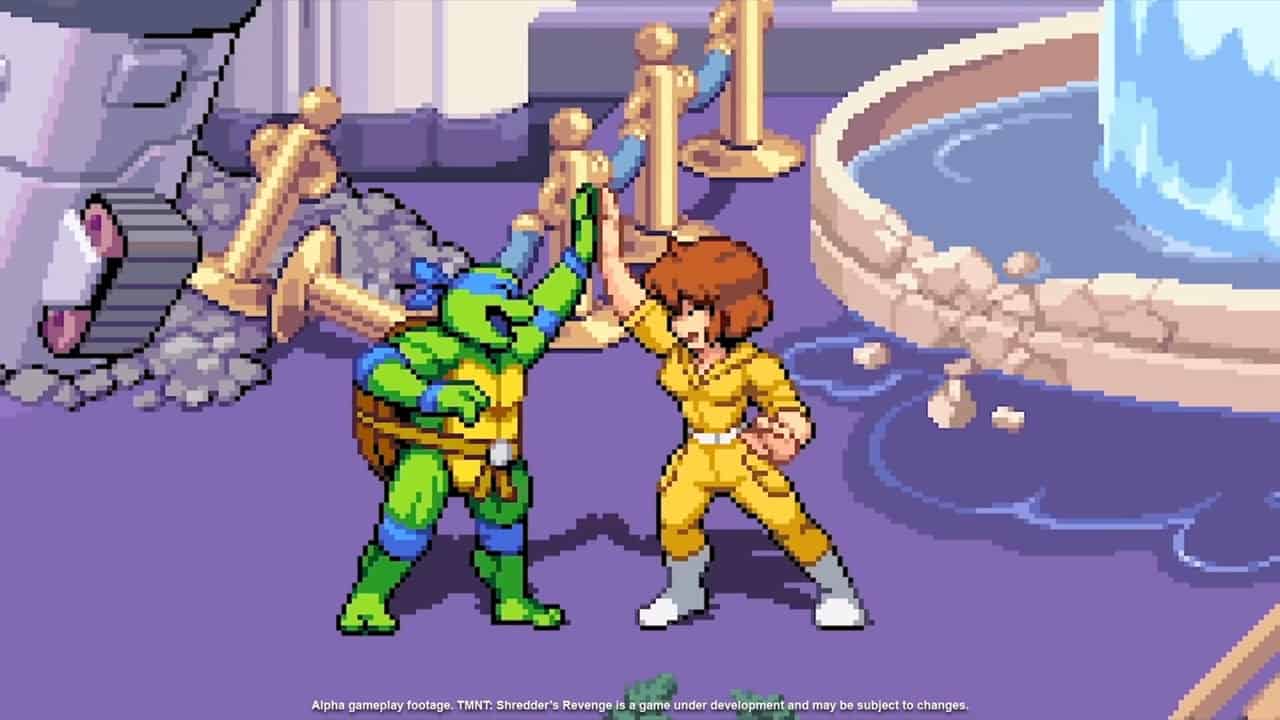 In other TMNT: Shredder’s Revenge news, your fellow Turtles/April can revive you with slices of pizza if you are downed! I love that devs Tribute Games include cute gameplay elements like this to what already looks like a pretty great interpretation of the classic cartoon I grew up with.

Teenage Mutant Ninja Turtles: Shredder’s Revenge is coming to PC and Nintendo Switch sometime in 2022. We will keep you up to date when any new announcements are made, so make sure to keep an eye on our socials and website for all the latest!