At the PlayStation Showcase this morning, we got a more detailed look at the upcoming action adventure Forspoken, from Luminous Productions.

Forspoken was first revealed properly back in March, after previously only being referred to as Project Athia. In the game, you play as Frey Holland, an ordinary young woman who must harness her magical abilities to survive in a foreign world of Athia, full of monsters and dragons.

In the story trailer, we learn that Frey is a street smart young woman who has persevered despite her rough upbringing in New York City. She’s somehow whisked through a portal into Athia, and meets her companion ‘Cuff’, a magical sentient bracelet. We also meet other characters, including Tanta Sila, a maddened and evil ruler, who acts as the matriarch in Athia. If the gameplay footage is anything to go by, she’ll be quite the challenging foe in Forspoken.

We also get a chance to check out the combat, which includes a combination of magic, dynamic movement and a lot of explosive powers. Traversal is also a key part of the game, and we see Frey utilising her environment and magic to bounce and fly around the landscape with ease. It looks like a lot of fun and a pretty compelling world to explore.

The Lead Writers on Forspoken’s story and script are entertainment writers Allison Rymer (Shadowhunters) and Todd Stashwick (Devil Inside), who have crafted a tale about self-discovery and finding out where you belong in the world.

“Writing Forspoken has been a magical experience,” said Rymer. “The main character Frey is strong, complex and very relatable. I am excited for the players to connect with her.” Stashwick added, “Like Frey, it’s been a long, amazing journey for us. I’m thrilled to finally have people adventure through the story we have built. I’m so proud to be part of this team, giving a contemporary, fun, spin on the fantasy genre.” 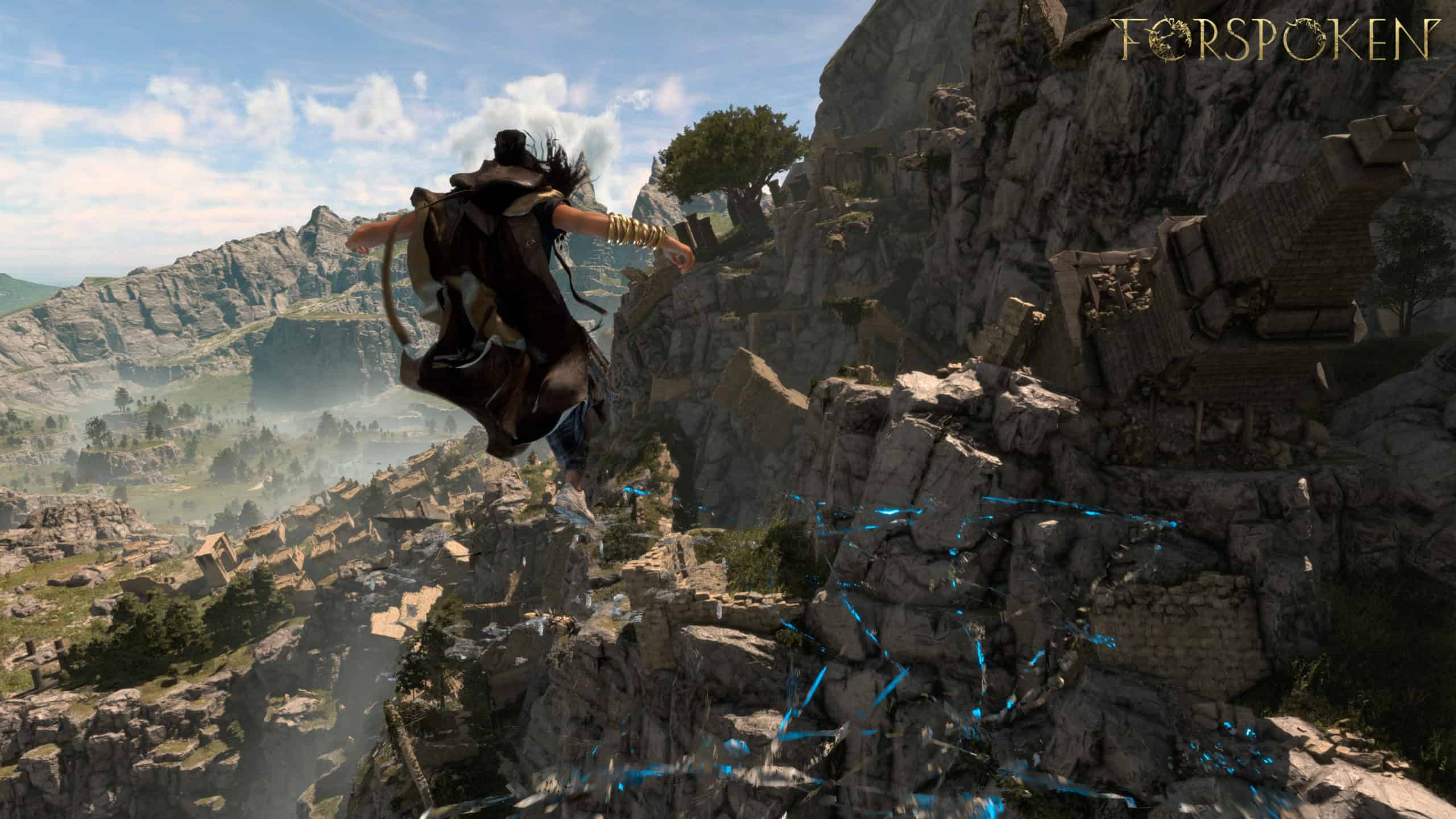 It was also revealed by Square Enix and Luminous Productions that the score is composed by BAFTA award-winning composers Bear McCreary (God of War (2018) and TV series The Walking Dead) and Garry Schyman (Bioshock series).

“We’re incredibly excited to be working together to compose the soundtrack for Forspoken. When we first read the script for the game, we were moved by Frey’s dynamic character and the contrasting themes of modern and fantasy that run throughout the story, which is something we wanted to reflect in the music we compose for the soundtrack,” said McCreary and Schyman.

Forspoken looks to be a stunning fantasy adventure that combines a variety of top tier talent to truly bring it to life. It launches “Spring 2022” (which is March to May in Australia), as a console exclusive for PS5 and also available on PC.