After an explosive season 7 finale, Fortnite has entered its 8th season of Chapter 2 and it’s brought some familiar faces with it! Kevin the Cube is back and they’ve brought more cube friends to the island thanks to the aliens. The timing of this comes mere days after the Epic Games v Apple lawsuit ended mostly in Epics favor so there’s no better way to celebrate than to pop some victory royales with the crew in Fortnite season 8. While there’s no Naruto skin present in the battle pass like many had hopped, it’s still a very strong season of content ahead of players.

Last season’s Invasion theme had players fighting back aliens and hijacking spaceships while this season will see players venturing into a monster-filled reality named The Sideways. Check the trailer out below for the first look at season 8 and all the new content.

Now that the mothership has been blasted out of the sky the island is now being held hostage by a new threat that appears all the more sinister than the aliens that come before. The trailer also teased the return of The Foundation whom crash-landed in the ocean at the beginning of season 7 so it’s awesome to know their story isn’t over yet.

Sayonara Corny Complex! After watching the point of interest get literally abducted now we’re left with Corny Crops. While it’s not a return to the orange grass from Primal, some areas on the map now feature pieces of mother ship wreckage that crashed down after the finale event of season 7 leaving barren areas in there wake. 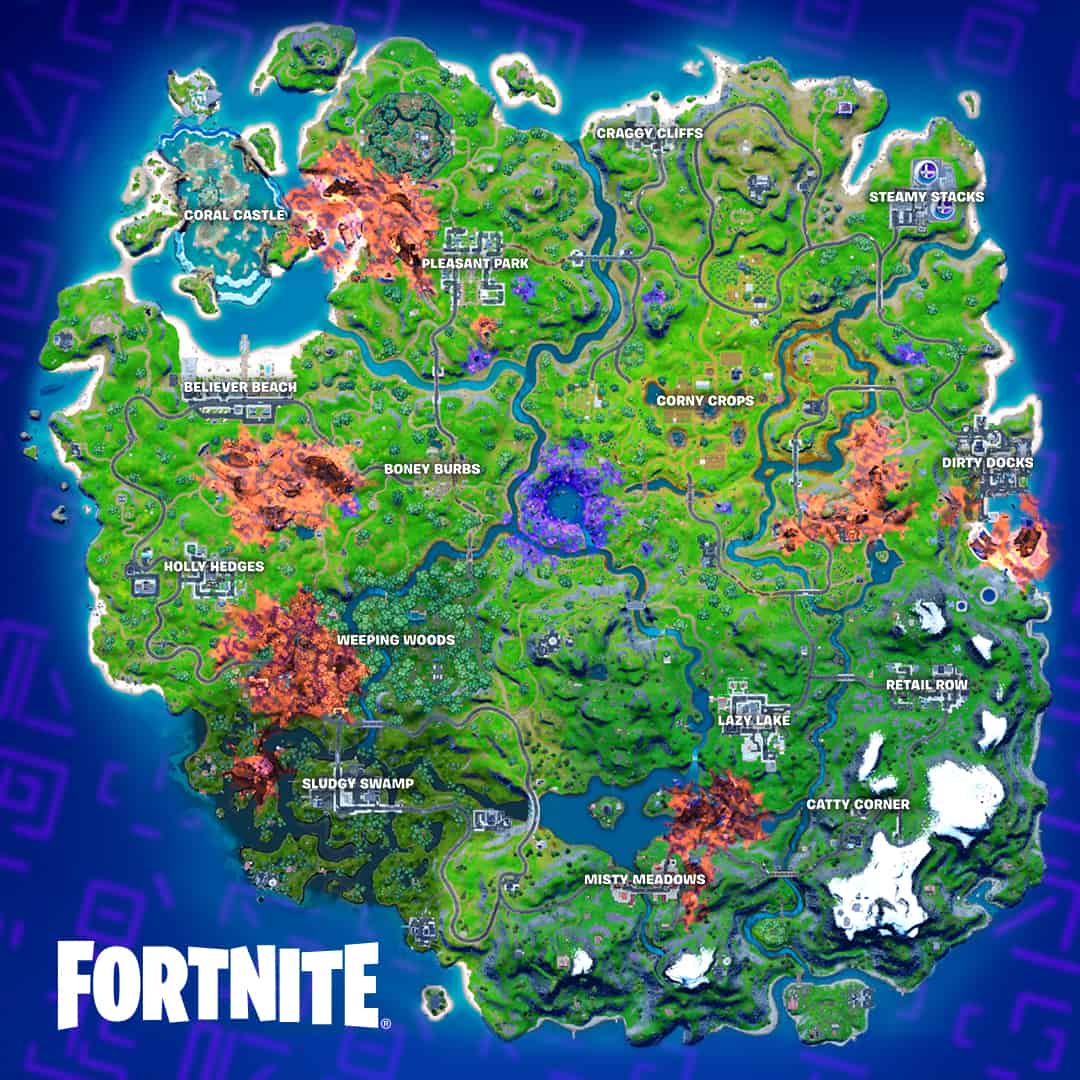 While many were expecting multiple points of interest to be obliterated it seems this season has begun with adding new areas in-between. Each of the orange areas is the crash site of a piece of the mothership including Shadow Stones that veteran players will remember.

Dotted around the map are also the Sideways Anomalies which transport players to areas where the monsters have taken over. While containing various loot they also feature enemies reminiscent of those we’ve seen before in Fortnitemares. These zones also feature waves of varying intensity that would make a good challenge for a squad.

Players will also come across Turrent Stations in various locations which require gold donations from players in order to be built though they require the community support of other players to get them built. Most turrets on the map are still sitting at 0.01%.

The weapons available have also changed. Sadly Tactical Shotguns, Pulse Rifles, Hand Cannon, Silenced SMG, Heavy Assult Rifle, Bolt Action Sniper, are being vaulted as well as Inflate-A-Bull and Alien Nanites. The flying saucers have also been vaulted to which is already leading to some interesting shifts in the game’s mobility meta.

Players will be able to get their hands on the Burst Assault Rifle, Charge Pump Shotgun, Lever Action Shotgun, Automatic Sniper Rifle, and the Harpoon gun which have been unvaulted so expect to see them in the gun meta this season.

It also wouldn’t be a new season without some new guns being added to the mix. Since players will be going up against monsters from The Sideways they’ll appreciate weapons from the dimension perfect to take on the horrors of the parallel. Each is upgradeable with Cube Monster Parts that players will find after defeating the monsters in these special zones. I’ll say I’m not sold on the new additions though they are great for mowing down the monsters and completing the waves in the areas. 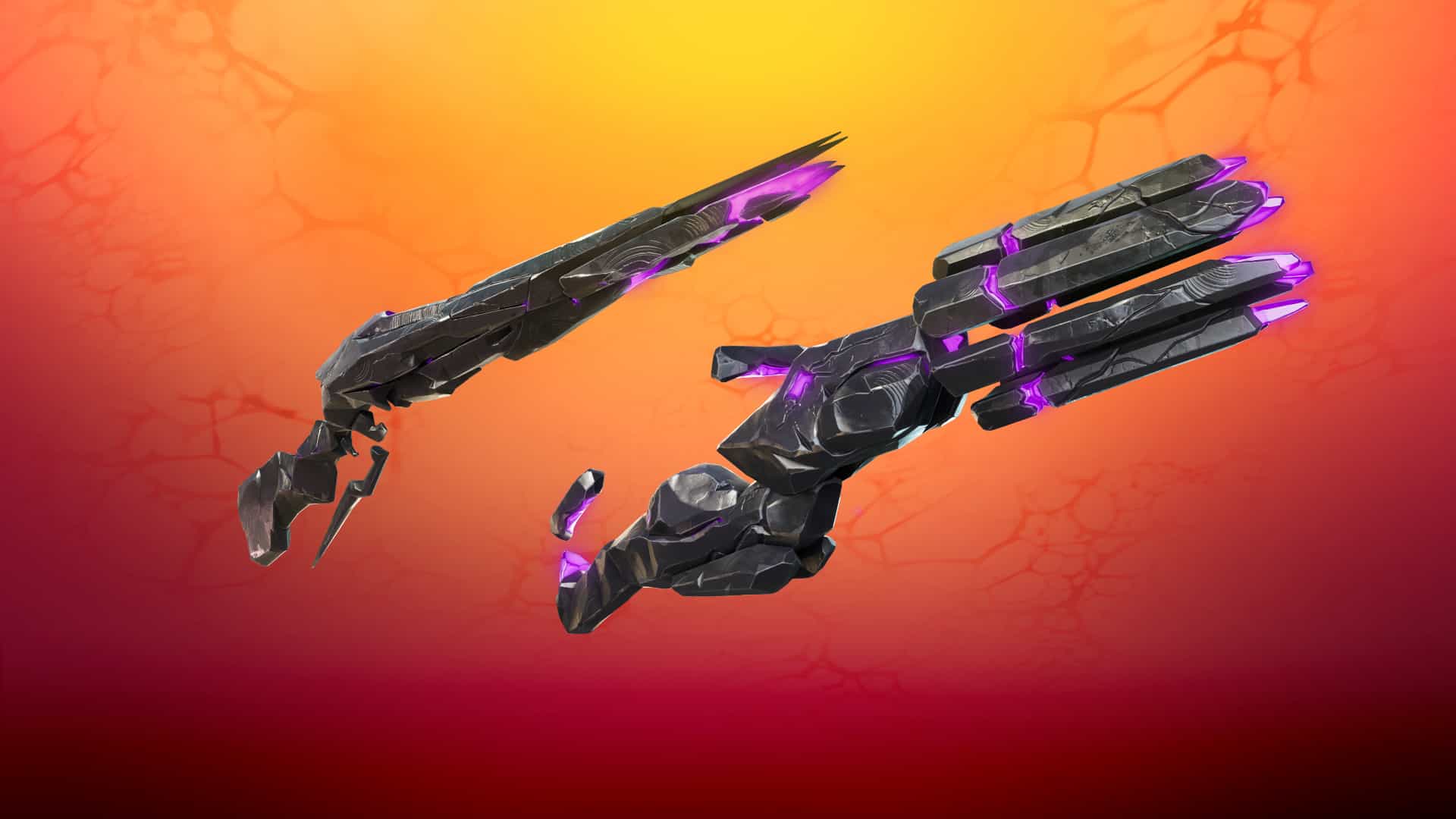 And finally, punch cards are back! Players will receive new ones from NPCs around the island with new missions coming over the season. It’s made the new questing system seem rather dynamic but don’t fret, all quests available currently still appear in the quests tab when activated. There are even party quests that will award those you’re playing with so there’s even more reason to assemble the squad.

It wouldn’t be a new season of Fortnite without a fresh battle pass full of content for players to get their mitts on! Battle stars have returned which wasn’t something I was keen on last season as the concept of unlocking content as you wish is rather flawed. Having the linear progression system feels more attainable and progresses on its own while the stars must be redeemed in order to claim items.

I will say I am loving this battle pass. It’s got an awesome range of cosmetics and skins, that have me more than motivated to grind the season’s challenges and maybe even the skin variants available after tier 100 of the battle pass. 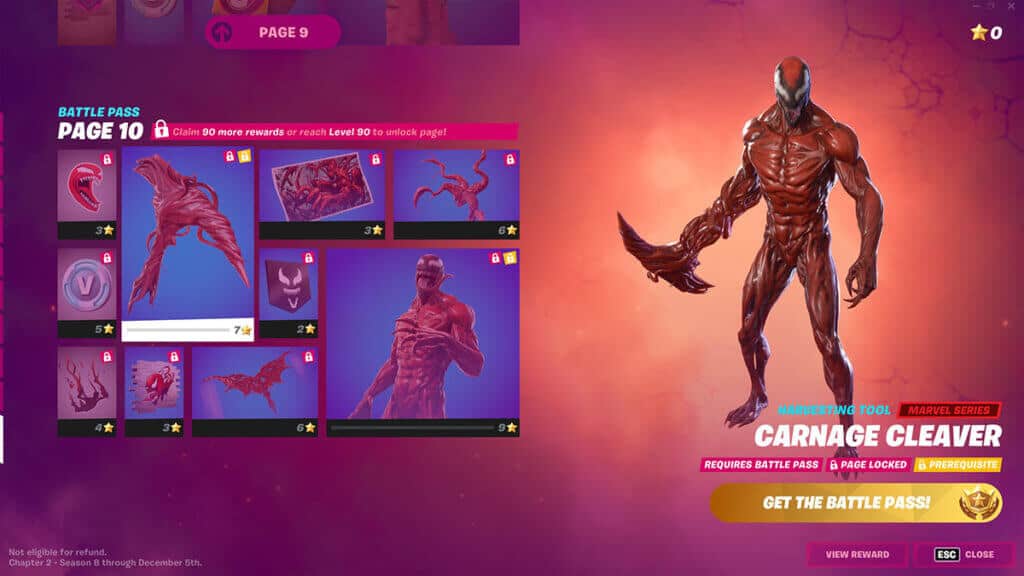 Carnage rumours have been bumping around for a while so this wasn’t too surprising though it’s certainly not the Naruto skin others predicted. The supervillain many will know from the Marvel comics or maybe even the most recent VENOM: LET THERE BE CARNAGE trailer so this is a pretty exciting inclusion ahead of the movie’s release on October 1st. 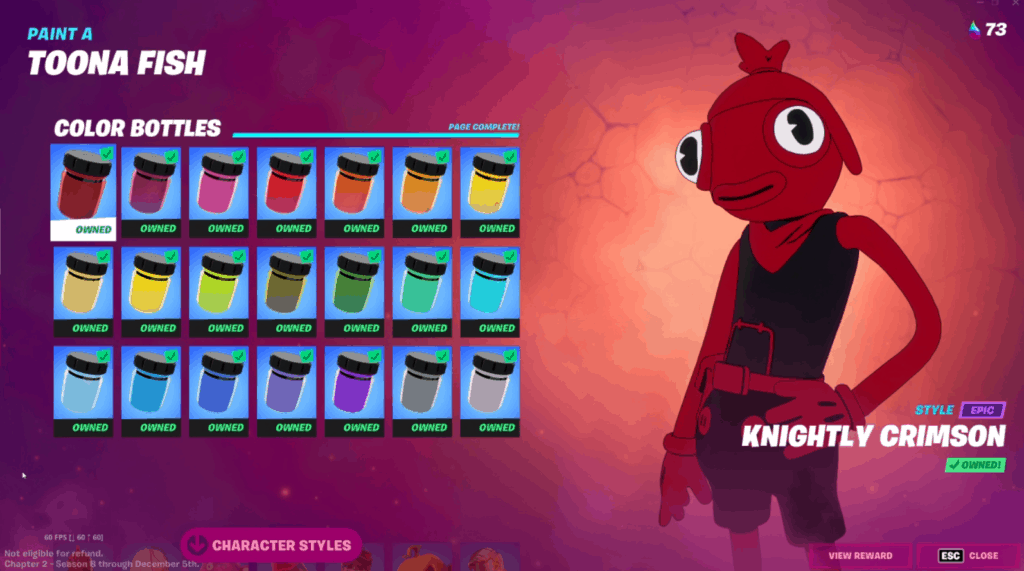 By now most players have come across Fishstick. Good thing there’s a new fish ready to join the foray. Toona Fish is this season’s customisable skin, allowing players to collect paint on the map that they can then use to colour the skin in all manner of variations. I’m also obsessed with the name Toona Fish considering his toon-style.

The season 8 update is out now so grab your battle royale besties! Prepare for a new season packed full of chaos only Fortnite can provide. Overall, I’m rather excited for what this season has in store considering it’s feeling very fresh and I’m super grateful to still have friends willing to play! Fortnite season 8 is currently slated to end on December 5th. 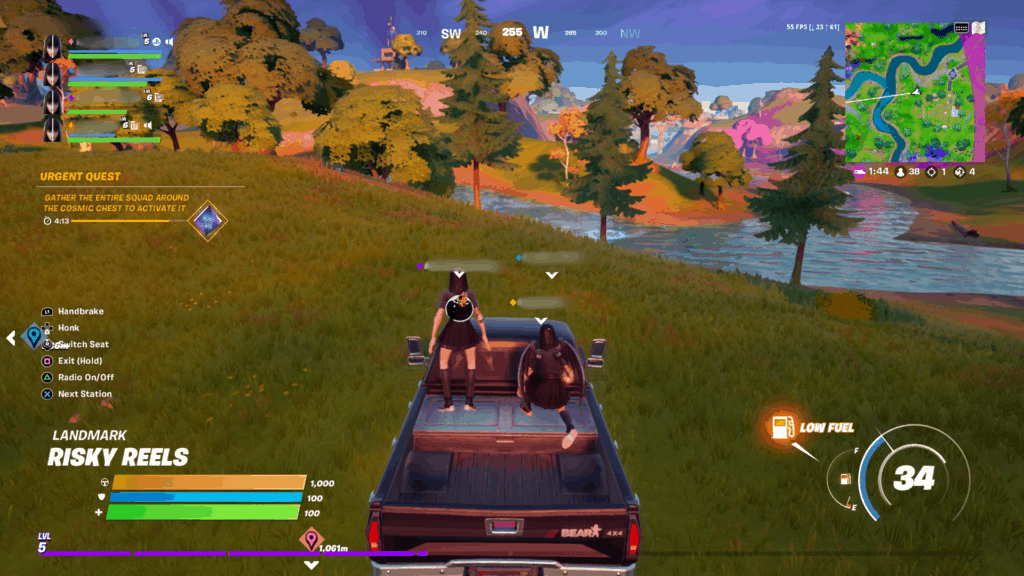