The next generation update of GTA V finally received a release window of March 2022 and a new trailer during the latest PlayStation State of Play late last week. It is a bit of an interesting development; the update was announced back when it was notoriously the opening for one of the first PS5 events last year. It was initially supposed to be releasing some time in 2021 but it looks like it has been delayed.

New titles built from scratch get delayed all the time, but a simple update? Rockstar has been saying along the way that the next generation versions of their monster hit will feature more than just basic enhancements, but it’s not clear exactly what that entails and if the new trailer is anything to go by… it looks pretty similar to the last generation versions to me?

GTA V – incredibly – still dominates charts even as we are getting closer to it’s tenth anniversary, for many its GTA Online that has given this title infinite life as it has grown and evolved over the years. My opinion is that many of the mystery ‘enhancements’ will be focused on that aspect of the game. PlayStation owners are currently collecting a free $1,000,000 in game currency each month and will be able to play the PS5 GTA Online free for a couple of months on launch.

Whilst I am a fan of the game, I do feel like it is getting a bit long in the tooth now. As great as it is, it is definitely looking and playing its age. Despite its incredible success over the years, if we are all truthful with ourselves, it’s just no longer able to stand up to more modern titles in the gameplay or graphics department and its success feels like it’s just pushing a true sequel further into the future. Latest rumours indicate we may not see GTA VI until 2025 or later. 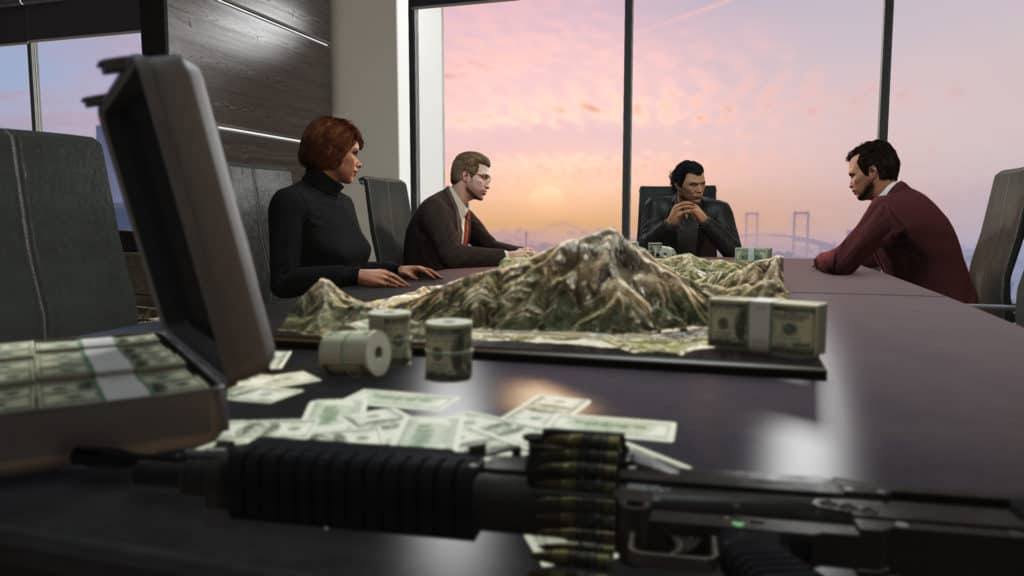 There is also no news on the rumoured remakes of the first three 3D GTA titles which were touted to be released at some point toward the end of the year, but Rockstar are cutting it a little fine as we only have a few months to go before 2022 rolls around. It seems the only positive here is that gamers will be able to bank some more free millions for a few months.