Three classic entries from Rockstar’s mega-successful Grand Theft Auto franchise are reportedly in line for the remaster treatment. Sources at Kotaku have advised that the recently-acquired Scotland-based Rockstar Dundee is leading the development of remasters of fan-favourite PS2 classics Grand Theft Auto III, Vice City and San Andreas. The remasters are reportedly set to come out on many current platforms, “including Nintendo Switch“. They will apparently release this year around the release of the PS5 and Xbox Series X/S ports of GTA V.

It makes a good deal of sense for Rockstar to bring these games to a modern audience. Grand Theft Auto III was the series’ first 3D entry, and a landmark title in revolutionising what an open world sandbox can be. GTA: Vice City and GTA: San Andreas, both prequels, would go onto build upon GTA III’s foundations in both open world gameplay and more detailed narratives. While they have not aged entirely gracefully in the gameplay department, plenty of fans are nostalgic for these revolutionary crime sandbox games. 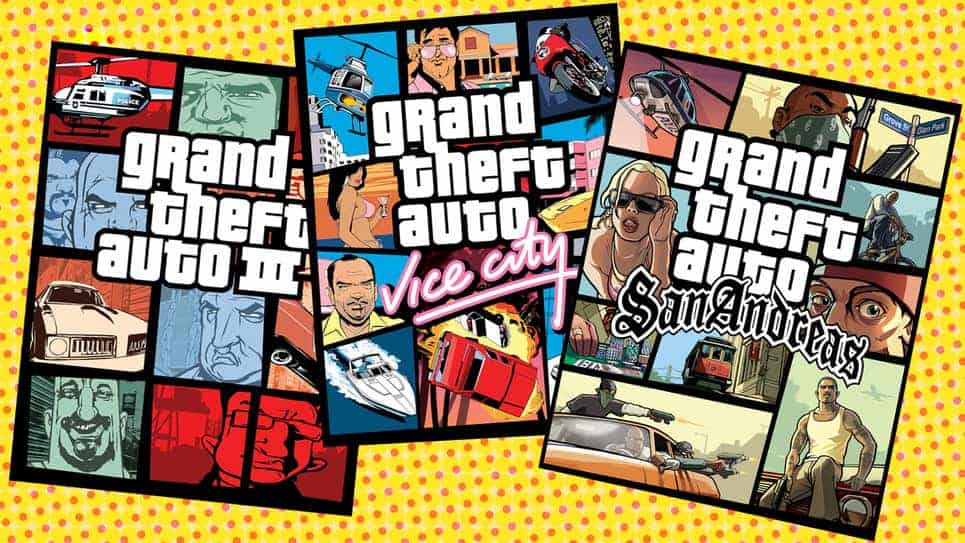 Rockstar has not made an official announcement regarding a Grand Theft Auto remastered trilogy. That said, considering publisher Take-Two Interactive stated a few days ago to investors that they are working on three unannounced “iterations of previously released titles”, it certainly sounds like these games fit that bill. This is also corroborated by GTA III being re-rated a few years ago, which may have been when development commenced. The release plans for the remasters have reportedly been shifted around several times due to pandemic-related delays.

At the moment, the current plan seems to be to release the Grand Theft Auto remastered trilogy on PS4, PS5, Xbox One, Xbox Series X/S, Switch and Stadia in October or November 2021, with a delayed release on PC and mobile devices. Rockstar also allegedly has plans to remaster Red Dead Redemption. However, that will depend on how well the Grand Theft Auto remasters do in terms of sales. Considering Rockstar’s past sales successes, I don’t think they have much to worry about. If these remasters truly are in production, we will likely hear something official very soon.