Three new Star Wars games to be released, including a Fallen Order sequel

The Star Wars universe will continue with EA, who isn’t finished at all with the IP. Star Wars will treat the fans with three new games by Respawn Entertainment. This includes a sequel to Star Wars Jedi: Fallen Order, a first-person shooter, and a strategy game. So far, there have been no details or release dates released. 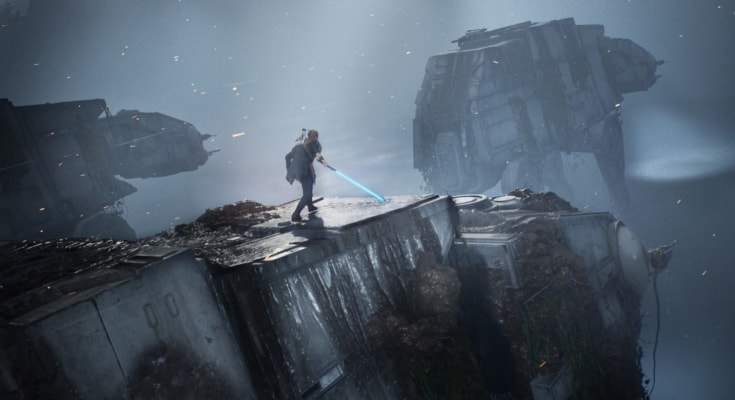 In 2019, EA confirmed that Star Wars: Jedi is the start of a new series. Stig Asmussen, who directed the first game and God of War III, is directing the sequel. Peter Hirschmann, previous VP of development at LucasArts and co-creator of Medal of Honor, will lead the FPS.

The strategy game is to be developed by Bit Reactor, a recently-formed studio comprised of veterans from the XCOM series as well as Civilization 3 and 4. Bit Reactor and Respawn will work together on this new project. EA mentions that these new games are “a new phase of EA’s relationship with Lucasfilm”.

Douglas Reilly, VP of Lucasfilm Games, mentions that Respawn have “demonstrated excellence in telling epic Star Wars stories along with best-in-class gameplay across different genres and we are looking forward to bringing more amazing experiences to the galaxy far, far away”.

However, out of the three games, Bit Reactor’s strategy game looks to be the earliest in development. Greg Foertsch, CEO of Bit Reactor, mentions the deal “came together out of the blue”. As mentioned in EA’s post, they have started work on all three games already. Respawn is looking for people to join their teams, with available job openings found at Respawn Careers. Bit Reactor also has some job openings too.

Jason Schrier, a reporter for Bloomberg, tweeted that EA’s exclusivity license ends next year. Schrier further tweeted that the Jedi: Fallen order sequel has been in production for a while. But it “should be out this year or next”. The FPS and strategy games look like they’ll be “many years away”.

The Jedi Fallen Order sequel has been in production for a while and should be out this year or next. The shooter and strategy game sound like they're many years away. This type of announcement is often for hiring purposes — particularly essential now, during the Great Resignation

What do you think about these new titles? Do you have a particular favourite or are you just up for any Star Wars game? Hopefully, we learn more about these titles. Let us know!