Age of Empires III: Definitive Edition might have come out two years ago, but that doesn’t mean its developers are done supporting it. In a new free update, Historical Battles can now be played in co-op multiplayer. What’s more, DLC battles can be played with anyone else as long as at least one player owns the DLC.

“A new adventure awaits you in the latest update for Age of Empires III: Definitive Edition!“, advises the new update’s description on Steam. “The new Co-Op Historical Battles are now available, bringing a co-operative multiplayer experience to the vivid historical and objective based content you love, now with a friend. We’re thrilled to bring you this co-opportunity to play and experience the game as never before! The best part? Only owners of the DLC need to host the associated Historical Battles and anyone can join, even if they don’t own the DLC!” 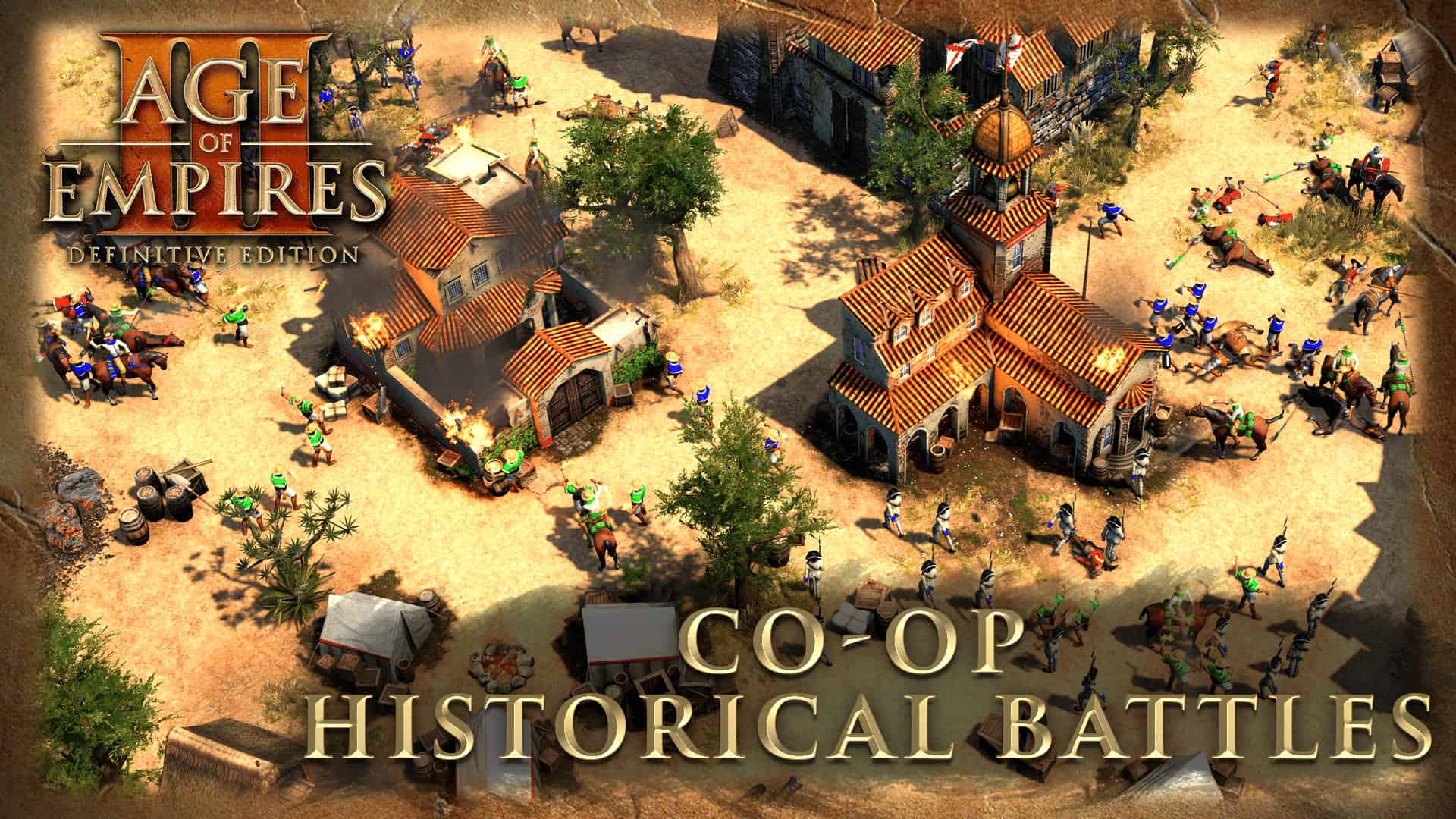 This means that if you own one of the game’s various expansions, such as The African Royals or the Mexico Civilization DLC, but your friend doesn’t, you can both still play together. Even if you only own the Age of Empires III: Definitive Edition base game, there are six Historical Battles which now have co-op support.

The update isn’t as straightforward as just allowing two allied armies to work together. The update tailors these Historical Battles to work in co-op. This includes fully voiced in-game dialogue (in all supported languages), as well as editing the enemy AI to fight against two opponents, thus requiring teamwork and coordination to take down.