Bloodstained: Ritual of the Night is getting a Child of Light crossover

A mysterious new character was announced for Bloodstained: Ritual of the Night, and it has now been confirmed as Aurora, protagonist of Ubisoft’s Child of Light. This free update will add a new campaign, with unique gameplay features inspired by Child of Light.

“Aurora has lost her way and awoken in a strange, dangerous new land“, Bloodstained’s developers announce on the game’s website. “Armed with the Sword of Matildis and accompanied by the loyal Igniculus, she must find a way to escape. Despite the dire situation, Aurora is not alone. Johannes is on hand to help her increase her power by transmuting items found in chests throughout the game.”

Aurora can also collect Shards to unlock new powers, not unlike Bloodstained’s own protagonist Miriam. These abilities can be improved by taking multiple Shards of the same type to Johannes. Aurora gains new movement abilities after certain bosses by ageing, with each stage in her progression unlocking new areas of the castle. 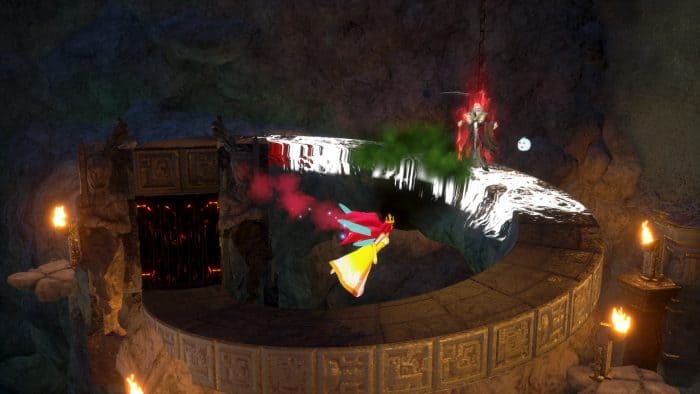 In terms of potential crossovers, Child of Light was probably not high on many gamers’ minds. Still, Child of Light, with its gorgeous art direction and somewhat ambitious endeavour of conveying its entire narrative in rhyming couplets, was certainly a memorable little game when it released in 2014. As such, it is nice to see it revived in a sense through this crossover. That Bloodstained: Ritual of the Night is still receiving substantial free updates nearly three years after release is also welcome to see.

Once the update is installed, playing as Aurora is as simple as selecting which character you want to play as when you start a new save file. The Child of Light crossover will launch on March 31st on PC, PlayStation and Xbox, with the Nintendo Switch version to get the content at a later date.