Ori and the Blind Forest, along with its sequel Ori and the Will of the Wisps, have been some of the best 2D platform games to come out over the past decade. They have been universally praised for their beautiful art, music, and story, which was made all the more impressive since the games were not coming from a large corporate publisher but a smaller studio with remote developers located around the world. But it looks like Moon Studios is not immune to the workplace difficulties commonly associated with big companies like Blizzard and Ubisoft, as multiple Moon developers have opened up about what they say is an oppressive workplace culture. 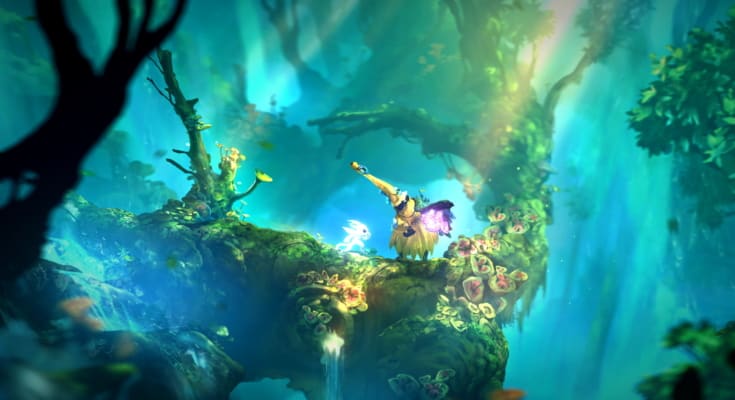 As originally reported by Venture Beat, the specific allegations are against the two studio leads, Thomas Mahler and Gennadiy Korol, who founded the studio in 2010. “Were the founders both belligerent? Yes. In my opinion. Was it limited to those two? Yes. Unprofessional on an hourly basis? Yes. Harassing? Yes,” said a developer working under the two.

Multiple developers described that the studio’s unofficial “no bullshit” policy, which was touted as an assurance that staff would be able to have their opinions heard without feat of retribution, was in fact just a way for Mahler and Korol to get away with making insulting and derogatory remarks. Venture Beat reports that in the many chat logs it was given to review by Moon developers, it noted that there were many instances of harsh criticism and very little praise, along with unprofessional and offensive jokes. One developer said that working for the studio was like “death by a thousand cuts”.

Despite the toxic environment, developers still managed to produce Ori, a fantastic series that would go on to be beloved by many. “We really created something special, and I know the only way I was able to reconcile it was I was able to watch people on Twitch and watch other people get moved by it, and that was actually part of my healing process,” said one developer. “Because maybe my suffering was worth it because other people felt something.”

In a statement to Venture Beat, Thomas Mahler and Gennadiy Korol replied “We don’t believe the experiences suggested by [the allegations] are representative of the more than 80 Moon Studios team members who are thriving and doing great work every day — nor do we believe they are representative of the experiences of former members of our team.” And stated “We are truly grateful and proud of our team — those who are here today as well as those who spent time at Moon and have since moved to other ventures – and we are happy to have made a positive difference in their lives. We are not perfect but we deeply care about our talent and are constantly working hard to improve. If we have ever made anyone feel uncomfortable or let anyone down — we regret that and we will always strive to do better.”