This is not a drill folks! Square Enix has released a video for Kingdom Hearts IV, along with some other goodies for fans in a 20th-anniversary announcement trailer. We last saw Sora and the gang in the 2019 action role-playing game that is Kingdom Hearts III. After defeating Xehanort, Sora used the power of waking to save Kairi, even ignoring the consequences laid before him if he went through with it. If you were lucky to get the secret ending, Sora and Riku find themselves in the modern-day where we see Yozora and the Master of Masters.

The first trailer within the 20th-anniversary announcement is for the smartphone game Kingdom Hearts Dark Road. Dark Road is a part of the Kingdom Hearts Union χ rebranding. The game explores Xehanort and why he turned to darkness. He meets the Magic Mirror from Snow White who later he fights. But not only that, Xehanort and others will team up to fight Cerberus the three-headed dog from Hercules and Dragon Maleficent from Sleeping Beauty. There’s also a game of chess between Eraqus and Xehanort similar to that in the third game. Dark Road comes out in August 2022.

The next trailer is showcasing a mobile game called Kingdom Hearts Missing-Link. Missing-Link is a 3D action game set in the realm of Scala ad Caelum. In it, every game in the Kingdom Heart universe is connected together. There isn’t much else told to us plot-wise about it, but you can scale walls and run around to start battles with the heartless. Missing-Link will have a closed beta test sometime in 2022. 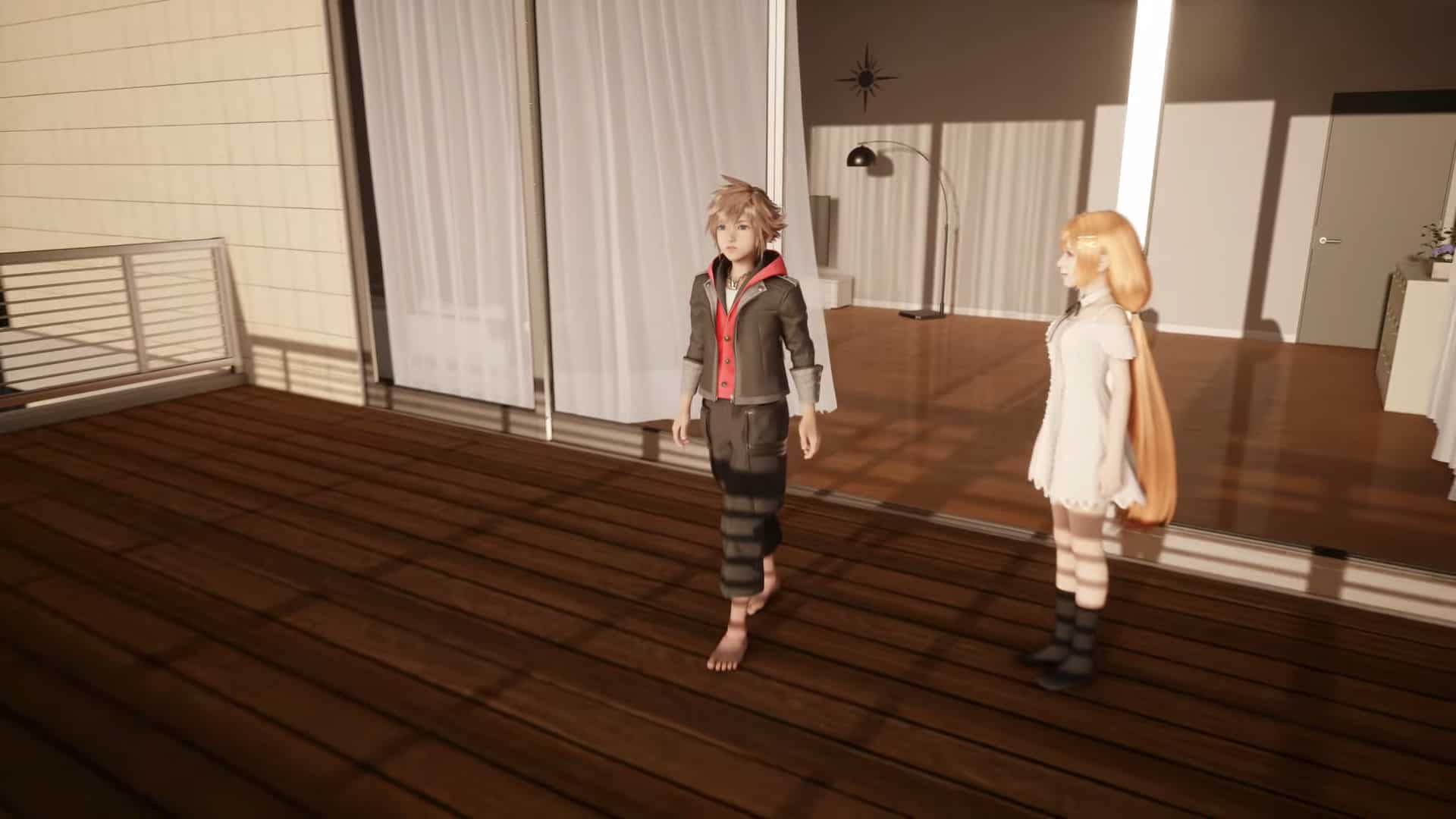 But the one part of the trailer that has everyone hyped is the announcement of Kingdom Hearts IV. The trailer shows off a sleepy Sora who gets woken up by a girl telling Sora that they’ve been asleep for seven days. She mentions that they’re in a world called Quadratum. The girl seems to know that Sora isn’t from here as she tells him “it’s a world full of life—but for you and I, it’s similar to an ‘afterworld,’ I suppose”. Whether she’s also from the same world as Sora or not is up for debate.

A big ball of darkness begins to develop and eventually it turns into the character Darkside. Darkside picks up cars and attacks the humans in the world. Sora runs towards Darkside and his trusty Keyblade appears. The trailer shows off some gameplay. Sora uses his agility, like in 3, to spin around a telephone pole, jump off some rails, and lasso off of a street light and a car. There’s also wall running and sliding too, along with a neat finishing move. 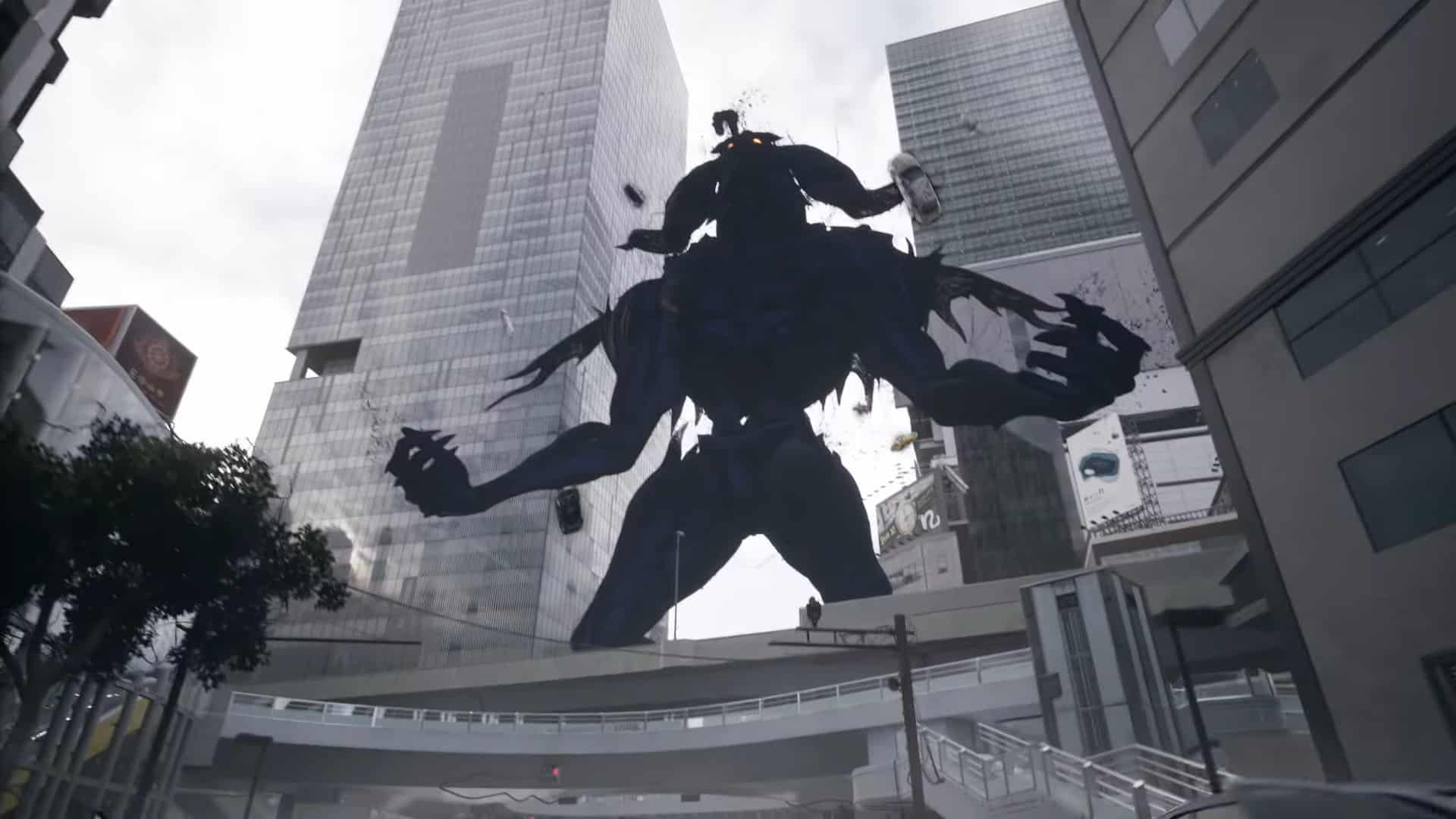 While Sora is fighting Darkside, two (possible) members of Organisation XIII (thirteen) show up. One of them says “…if you do leave this world behind, don’t expect to return to the one from which you came—”. Aaaand title card. But wait, there’s more. Donald and Goofy are back! Using Donald’s staff as a light, he asks where “he” is, most likely referring to Sora. Goofy doesn’t know but mentions that he’s sure “he” can help. But as the duo pass, we see a blue flame. Donald turns around before noticing and freaks out, with the stranger asking “Hey! Just where do you think you’re going?” Donald and Goofy hug each other before the lighting turns red.

Could it be that the owner of the blue flame is Hades? Maybe Donald and Goofy have gone to the Underworld to bring Sora back? Who’s to tell, but it’ll be exciting when we get more information about it. There is no release date yet for the next instalment, but let’s hope it doesn’t take forever. What do you think about the new trailer? Are you excited to see where Sora’s story will take us? Any new Disney/Pixar properties you’d love to see (it wouldn’t work but I would kill for a Turning Red world). Let us know!