In a Nintendo Direct from February, Nintendo announced Switch Sports, the successor to Wii Sports. Wii Sports is one of the best selling video games ever made because it sold with the Wii. It was a cultural phenomenon that everyone, including your grandparents, played. Now we have a sequel in the Switch lineup and Nintendo recently released an overview of the game. The video includes a better look at the games and the ability to import your Mii.

So what’s in this overview you might be asking? We got a look at all the new and old sports they’re including in this game. Volleyball, Badminton, Bowling, Soccer (Football), Chambara (sword fighting) and Tennis. Soccer will get a free update for leg strap compatibility and in Spring (for Southern Hemisphere players) they’ll add Golf. No word on Boxing yet but hopefully future updates will bring more sports.

In the overview trailer, we see more of what each game has to offer. Volleyball allows multiplayer and if you time the hits right you can get a Supercharge Spike. Volleyball allows two to four players to play, whereas badminton is more one-on-one. Bowling has the regular lanes where you can play a normal game, or there’s a version called Special Lanes where you can set up an obstacle course. The special lane includes gaps with a ramp jump or small walls to block your ball. Soccer allows you to do different kicks, there’s also a four-on-four match or a one-on-one duel. Soccer also includes a mini-game called Shoot-Outs, using a leg strap with the Joy-Con’s motion controls you can kick a ball into the goal with their “intuitive kicking motions”. With more goals, the difficulty “ramps up” as the goal width becomes smaller and smaller. 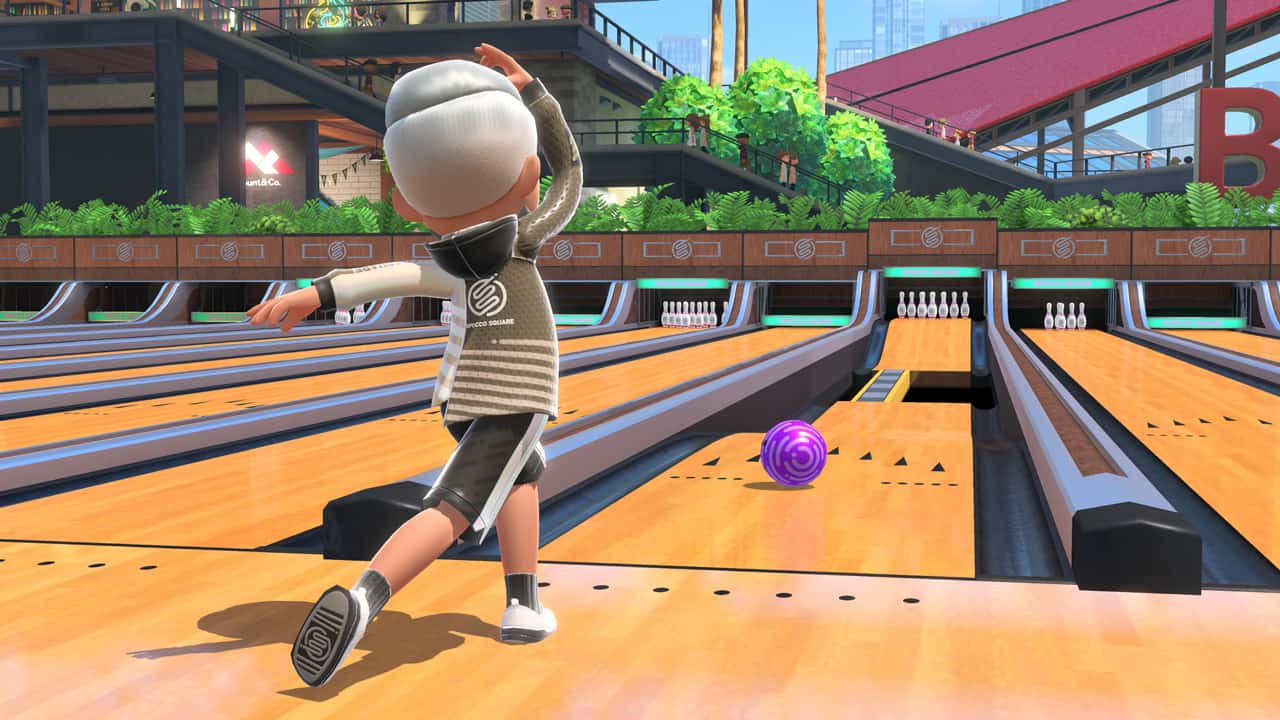 Chambara is one of the newer games in the Sports family… kind of. Wii Sports Resort had Swordplay which looks like Chambara. In Chambara, you have three swords to choose from, a single sword, a charge sword that allows you to charge up for a massive hit, and twin swords. Tennis is tennis, there’s not much else to say about it, there are two-player or four-player matches.
There are many different ways to play Switch Sports with both single-player and online multiplayer. You can also have local play with split-screen on one Switch. Switch Sports supports up to four players, both on TV mode and Tabletop mode but not handheld mode. Players with a Switch Lite will have to play in Tabletop mode. Some games support up to four players such as Volleyball, with Survival Bowling allowing up to 16 online players to all bowl at once. Each game offers the ability to rank up from E to A and with each rank, you get closer to playing in the pro league. 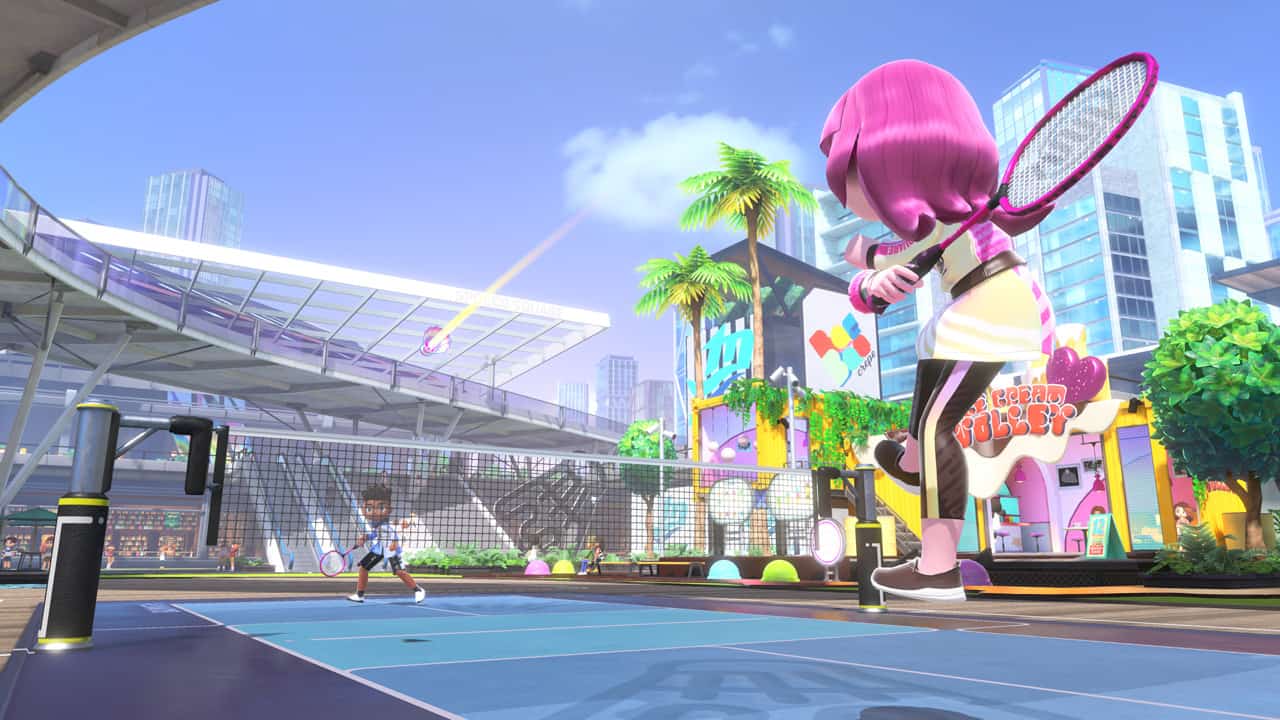 Switch Sports also offers character customisation, from face and hairstyles to outfits and accessories, even your body type. Right now there look to be only 14 hair types which is possibly not linked to body type. The overall customisation is kind of lacking, but hopefully with future updates, we get more options. One of the concerns many people have was the lack of Mii characters as an avatar. There is now the ability to bring your Mii into the game. The Mii will have the same head but will wear the same clothes as the base characters.

You can acquire points with every match and there’s possibly a point multiplier due to how well you play. You can rack up points to redeem “various in-game items” which include sets, but also outfits and possibly different sports equipment. There’s short videos of a gold soccer ball, a cute bow badminton racket, and a coloured bowling ball. Whether or not these items are purely cosmetic, time will tell. Though the wording of the point system sounds like they’re only obtainable via playing online. 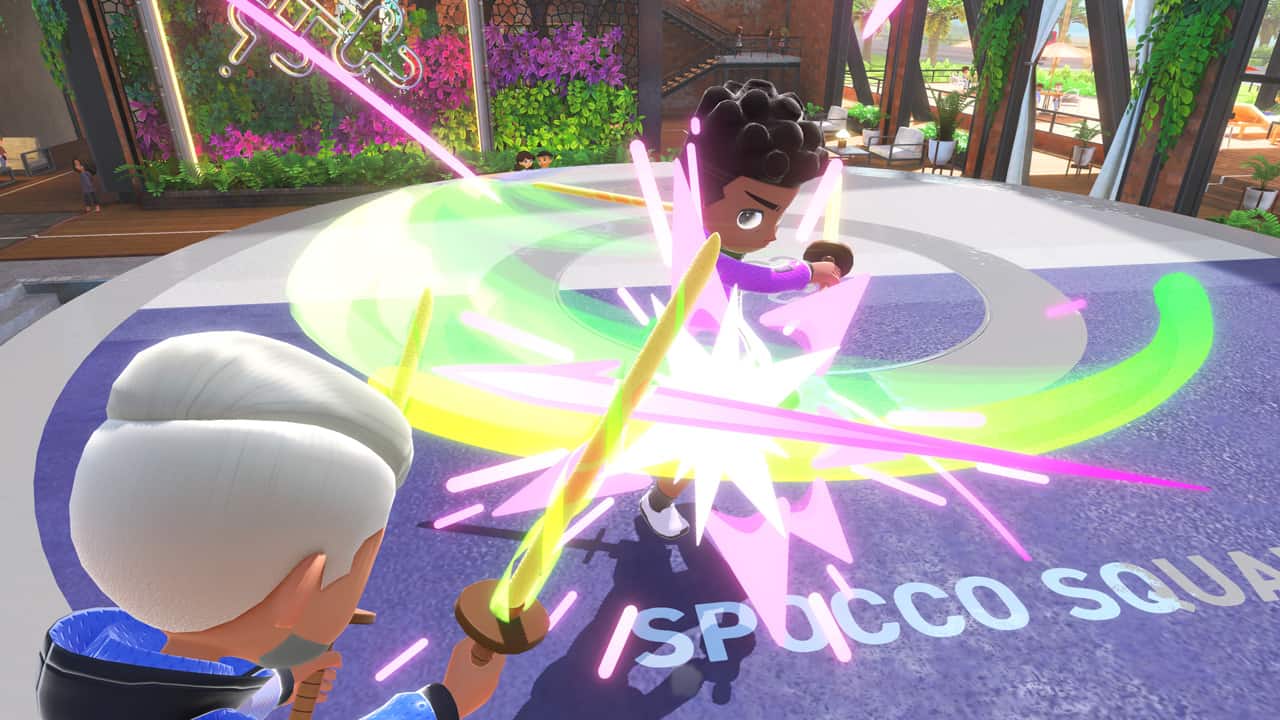 Nintendo has also released a few TV Spots for the game. These include: My [Favourite] Teammate, Fun For All and Jessica Alba Makes Every Moment Fun (other half includes Alba playing Animal Crossing). There’s also Nintendo Switch Sports CM from their Japanese YouTube channel. Of course, in a lot of the TV Spots they aren’t actually playing the game, but at least we can see what Nintendo wants to show.