Duke Nukem is a name people are most likely familiar with. The first two Duke Nukem games were 2D platformers, and then came along Duke Nukem 3D, a first-person shooter where, unlike Doom, Quake and Wolfenstein, you can interact with the world around you. Duke got popular enough to have a few spin-off games and action figures. And this leads us to Duke Nukem Forever (DNF). The game aimed to come out in 1998, but 1998 came and went with multiple engine changes. 14 years later, and a title named after the 1995 film Batman Forever, it finally comes out in 2011. And it was a critical failure, the highest score on Metacritic is a 54 on PC.

So why am I telling you this? On the 9th of May 4chan user, x0r_jmp posted to the video game board that they’ve acquired the 2001 build of DNF. 2001 was a pretty good year for developer 3D Realms, at E3 that year they released a new trailer for the game. It was also the first public view of DNF since 1998 (its supposed release year). The trailer even received a lot of praise and because of this, the team at 3D Realms were pretty happy about it. They even had a feeling that they were ahead of the competitors. Duke4.net, a Duke Nukem fansite, has compiled some of the initial comments by x0r. The leaker said that this includes all “of the E3 content”, and it won’t only include the editor but “the full source code too”. 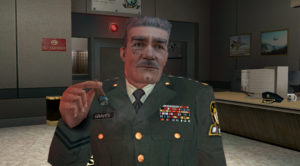 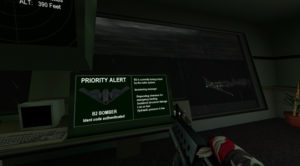 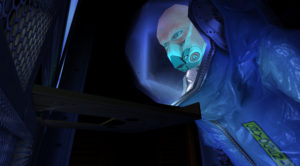 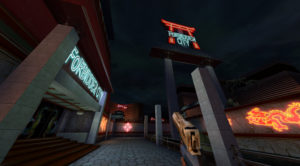 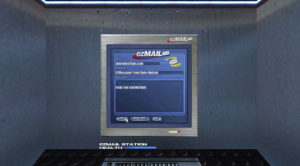 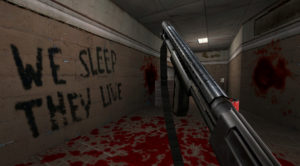 When asked if x0r plans to fix bugs and performance issues, they said that they would to “the best of our ability”. X0r reiterates that it isn’t a complete game, saying “almost every chapter is present in some form. A huge chunk is playable, a huge chunk is block-outs with no enemies”. The leak would release in June, with the game using Unreal 1 “like the final game”. However, x0r on the 10th, local time, posted a link to the website anon files. Saying that they “hope none of you actually believed” in the June release. As they “just couldn’t resist announcing a Duke Nukem Forever leak with a delay”. Alluding to DNF’s constant delays, Wired awarded it the Vaporware of the year award.

George Broussard, co-creator of the Duke Nukem series, tweeted before the release of the leaked content, mentioning that the leak “looks real”. Due to the trouble the team experienced with DNF, it’s something that he’s not ready to bring up. Mirroring similar comments x0r has said that “there is no real game to play”. Only really has some “barely populated test levels”. At the time of the tweet, Broussard has no idea who has leaked the 2001 build.

Yes, the leak looks real. No, I’m not really interested in talking about it or retreading a painful past. You should heavily temper expectations. There is no real game to play. Just a smattering of barely populated test levels. I have no knowledge who leaked this.

In 2008 Terry Nagy created Apogee Software after he acquired the rights to the name and image from Scott Miller, a co-creator of Duke Nukem. 3D Realms went by Apogee Software before changing to 3D Realms in 1996. With a rebrand in 2021, Miller was re-hired to help with publishing efforts. Apogee Entertainment tweeted about the DNF leak. Including a link to a blog by Miller about the internal history of the game. Miller states that the E3 trailer “over-represented what was actually playable in the game”. Adding that DNF “destroyed 3D Realms and ended up getting the company sold to an investor in Denmark”. The company Miller is talking about is the Embracer Group, which recently acquired Square Enix’s western studios and IP. Games like Max Payne and Prey kept the “company afloat, DNF was a constant money pit for the company”.

Well. Looks like someone leaked a build of #DukeNukemForever from 2001.

Now's a good a time as any to tell the truth about Duke Nukem Forever.https://t.co/bhzubEaAkH pic.twitter.com/Qcq8OOY6HT

Miller links to an earlier entry about the history and differences between the two companies. While Miller wasn’t involved in the development of DNF, he was the company owner and thus oversaw a lot of issues. 3D Realms was understaffed by at least 50%, by 2006 roughly seven people left — this was nearly half of the team. They didn’t have a developmental roadmap or at least a good one. Miller mentions that the project was “adlibbed too much”. Lastly, the game was developing slowly. Due to the new 3D technology becoming more and more popular in games, the development team were essentially rebooting “to make use of the newest tech”. This caused massive delays. DNF was slated to release with the Quake engine, then the Quake II engine. Weeks after E3 they changed to the newly released Unreal Engine. The last change was to the 1999 version of Unreal.

Miller ends the blog post by citing that the 3D Realms name is “owned by someone with no connection to our past”. Adding that he hopes “Gearbox can resurrect Duke Nukem at some point”. Though Miller says that it feels obvious to recreate Duke Nukem 3D by using Unreal 5. And hopeful in “making more Duke adventures while also expanding the universe with new characters”. Broussard responded to Miller’s statement in a quote tweet. Broussard claims Miller is a “clueless narcissist” and that his actions are why Broussard and Miller lost 3D Realms and the Duke Nukem IP. With a follow-up tweet suggesting that he has a lot more “to say on this having known [Miller] since high school”. And that Miller is just using this as an opportunity to “try and make himself look better”.

I have *so* much more to say on this having known him since high school in the 70s. You can just see how he uses opportunity to try to make himself look better tossing an ex friend (of 40+ years) and biz partner under a bus. Def a guy you wanna do business with!

There’s a lot of history that relates to the Duke Nukem franchise, and a lot of history about the release of DNF. Most are saying that this version is legitimate, with Broussard’s initial tweet stating that it looks real. Hopefully, this revitalises Gearbox to create future Duke Nukem games for fans. Are you planning to play this build? Or will you watch someone stream it? Let us know.