Techland, the Polish team behind the recently released and well-received Dying Light 2, have today announced more information about a new and exciting project they have in the works. The project doesn’t currently have a publically available name, though it’s being described by Techland as a “AAA open-world action-RPG in a fantasy setting”. The studio is also touting a “truly next-gen experience” with industry veterans who had previously worked on The Witcher 3, Horizon Zero Dawn, and Deathloop, all named as bringing their expertise to the project.

The first piece of concept art for this game has dropped and it does look rather enticing. We see a character in the foreground looking off into some dilapidated ruins that nature appears to have reclaimed. The natural world is gorgeous, with waterfalls, flowing water, lush greens, and purple flowers sprouting up all over the place. It looks like there’s a lot of verticality to the world as well as cliffs and mountains bring depth to the concept art. Of course, the game must be in a very early stage of development, and theoretically anything and everything could change from here. 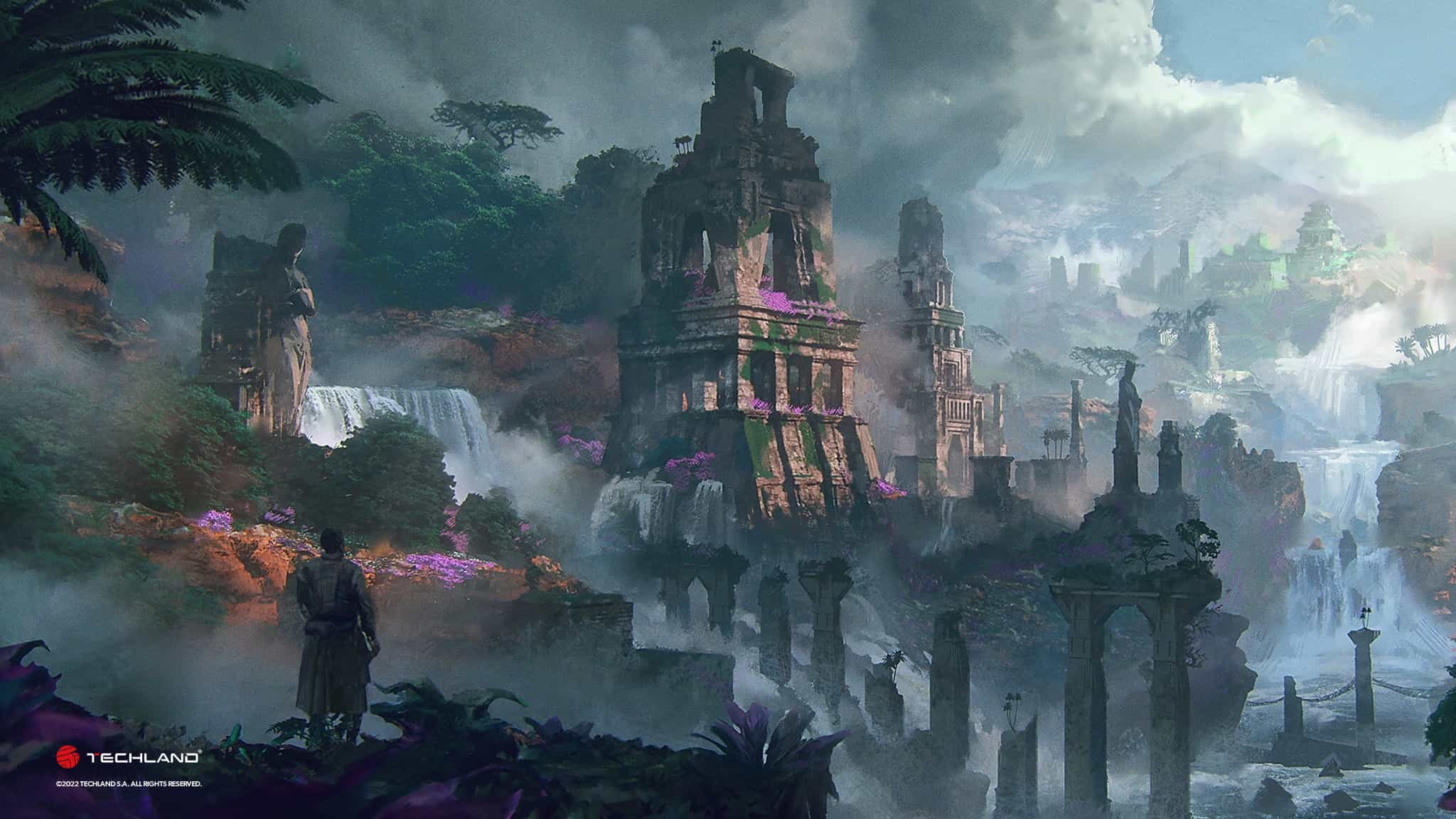 This announcement from Techland seems to be a bit of a recruitment tactic, with the team looking for more talent to join in the development of the game. This means we’re probably still many many years away from the release of this fantasy RPG, though it’s still fun to imagine what the game could turn out to be. This new game will presumably be made in addition to the continued support of Dying Light 2 we’ve already heard Techland announce. Notably, the studio won’t be working on Dead Island 2, as that game has changed to a new development studio.

That’s unfortunately about it for information about this title. What would you like to see out of a new open-world fantasy RPG out of Techland?