A new experience set in the iconic Alien universe has been revealed at Summer Games Fest. Aliens: Dark Descent is a real-time strategy game from the publishers of 2021’s Aliens: Fireteam Elite, promising a squad-based tactical twist on the series’ classic action/horror hybrid gameplay.

While the trailer shows only snippets of gameplay, it looks to be aiming for a tense survival atmosphere in its isometric presentation, challenging players to keep squad members alive while avoiding deadly xenomorphs. It remains to be seen whether the title leans more into the horror and suspense of the original 1979 film or the bombastic action of its sequel – based on the trailer, it could go either way. 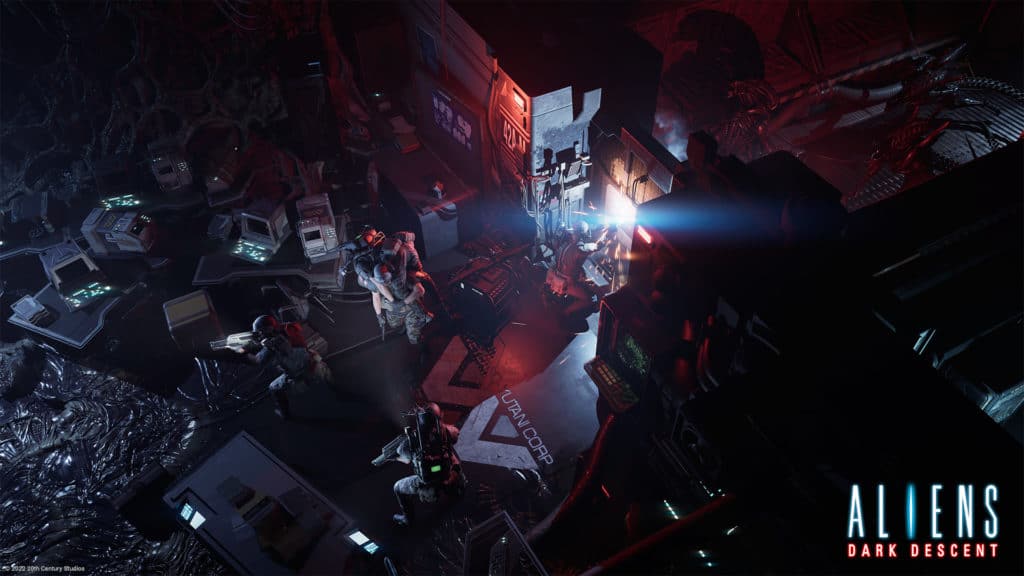 In a reveal post on publisher Focus Entertainment’s website, Romain Clavier, CEO and Creative Director of Aliens: Dark Descent’s developer Tindalos Interactive, stated: “The entire team… is dedicated to delivering a gaming experience faithful to the spirit of the Alien franchise, and adding its own, never-seen-before elements to this iconic universe. The gameplay we have developed is unique, inspired from our favorite tactical and CRPG games and packaged in nerve-wracking, real-time action.”

Aliens: Dark Descent is due to launch on Xbox Series S|X, Xbox One, PlayStation 5, PlayStation 4, and PC sometime in 2023.